Monica Rambeau and Darcy Lewis Hives, The Time Is Now 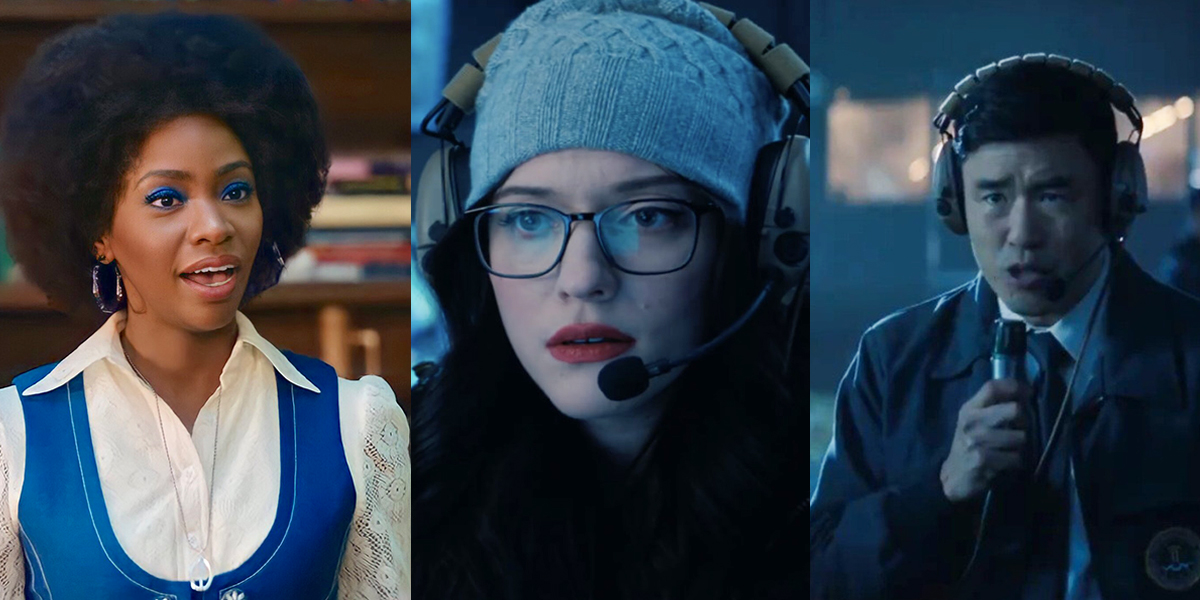 In a new trailer for WandaVision episode 4, we’re getting a deeper look into the world outside of Wanda’s television dream. Last week, Wanda realized that Geraldine was not her “friend” and quickly sent her away from her Brady Bunch-era family. We, as the audience, watched as Monica Rambeau fell into the “real” world and saw the bubble that Wanda Maximoff has created for herself.

So where does that lead us? Well, in a new trailer for the fourth episode, we get to see a lot more of the outside that is trying to contact Wanda. Including Monica, Jimmy Woo, and DARCY LEWIS!

Everything is about to change. Experience a new episode of Marvel Studios’ #WandaVision tomorrow on @DisneyPlus. pic.twitter.com/Bj6jSbGjvN

Now, all of these characters were confirmed as being in the show before. This isn’t new information. But it’s still exciting to see Darcy again. The last we saw of her was in Thor: The Dark World, and since then, she has not been a part of the Marvel world, primarily because Jane Foster hasn’t been involved and Darcy was her assistant. But now, it seems as if Darcy is out on her own, working with S.W.O.R.D. and watching Wanda.

But the look into episode 4 shows us a lot more of the connections to the overall Marvel world Wanda left behind to make whatever dream she’s living in. My initial theory was that Wanda was trapped there, given to me by Jimmy Woo trying to reach into this protected bubble to talk to her. and that might still be the case.

If not though, my other theory (that I had way back when the show was first announced and Marvel got the rights to the X-Men) seems a bit more likely. I have been convinced for quite some time that WandaVision is going to be a reverse “House of M” and bring the X-Men into the fold (rather than Wanda erasing the mutants).

Whatever the show is bringing us towards, I’m excited to see Monica, Jimmy, and Darcy all seemingly working together. They’re fun characters with deeper connections into the MCU at large, and hopefully, by putting them in WandaVision, we’ll get to see more of them throughout the series.

We already know that Teyonah Parris is going to show up in Captain Marvel 2 as Monica Rambeau, and maybe we can even expect more of Jimmy Woo in the Ant-Man movies. This trailer did do one thing though: Give me like 20 more questions about where WandaVision is headed.

I don’t know what episode 4 has in store for me (especially since Paul Bettany said it’ll blow our minds).

But I’m ready for anything and everything that WandaVision is giving us.