Get it? Puppy lab! 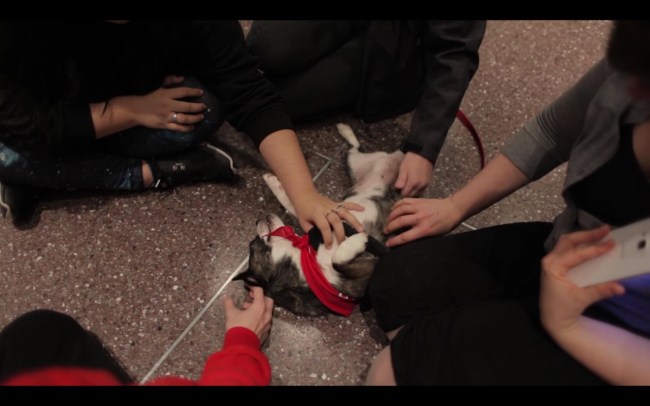 I feel like every college in America could really benefit from a program like MIT’s Puppy Lab. It is, according to the video’s description, “a student-led, initiative aimed at leveraging the stress-relieving effects of animal interaction.” Essentially it’s a way for you to forget about your school troubles and just let go of some stress by hanging out with some really adorable gosh darn puppies.

The video doesn’t go too in-depth with findings or anything like that, but rather it feels a lot like one of those quickie Facebook videos you catch scrolling by on your feed once in a while. It’s a solid minute of just pure happy puppy petting. I wonder if the lab is also thinking about whether watching videos of Puppy Lab might have some marginal fringe effect similar to actually being at a Puppy Lab. It’s not the same thing, but… well, I’m just happy to see these puppies, is all I’m saying.

And I mean look at them they’re just happy to be there. What’s not to like?