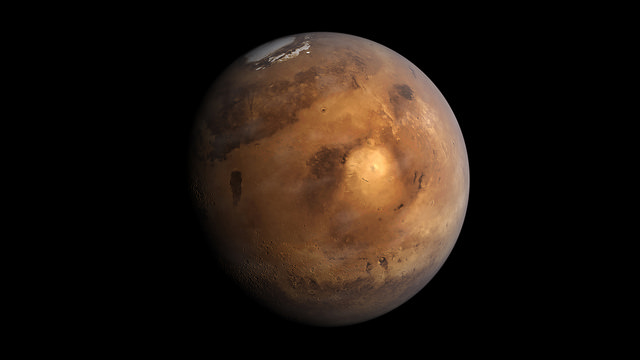 Leaving the Earth for Mars has a lot of downsides, especially in being confined to a small space with only your fellow travelers for a very long time, but it also has one big upside: You get to make a sci-fi dream a reality and actually set foot on another planet. Earth-bound testing, on the other hand, offers no such benefit, which makes a year-long practice Mars mission right here on Earth all the more impressive.

That’s just what a six-person team of “astronauts” pulled off over the weekend, as they finally emerged from a solid year in confinement in the name of getting humanity off of this one solitary rock. The simulated mission, which ended yesterday, was the fourth by NASA- and University of Hawaii at Manoa-run Hawaii Space Exploration Analog and Simulation (HI-SEAS) and was their longest to date. The crew was able to leave their small habitat without spacesuits for the first time in 12 months and was greeted by family and friends—plus they were in Hawaii, which is not a bad place to have your “first steps on Earth” in a year.

While it’d be fairly tough to simulate actual Mars-like conditions here on Earth, the isolation, close quarters, dietary restrictions, and other working conditions are important factors in an eventual, real mission that we can proactively gather data on ahead of time. The crew was only allowed to eat food that could be stored for years at a time, and communication with the outside world was intentionally limited. They had to work together and improvise to solve problems, such as broken laboratory equipment and habitat plumbing.

Still, as much data as Hi-SEAS’ missions (and others like them) can bring us, weathering the psychological strain doesn’t necessarily come down to an easily identifiable factor uncovered through tests. Project principal investigator Kim Binsted told Space.com, “I think, in a perfect world, NASA would have liked us to come back and say … ‘The thing that causes problems in crews is X,’ but that’s not the case. There’s going to be conflict on these long-duration missions. It just happens. So what you want instead is both individuals and teams that are resilient; that are able to come back from conflict and get back to a high-performing level. And that’s something that you can both select for and train for. So I think that’s the big picture.”

Crew commander Carmel Johnston and her team proved themselves pretty resilient—enough that they say they’d be up for the real deal if they got the chance. Personally, I’d wait until we’ve got the plans for the return trip worked out.

(via Space.com, image via Kevin Gill)