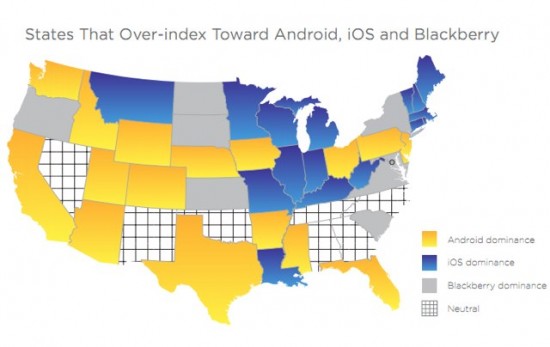 Even though you may feel like everywhere you look, someone has their iPhone in a thick protective case sitting out on the table in front of them, mobile ad network Jumptap is here to tell that you that Android is winning the overall mobile market share in the U.S. The above map depicts iOS activity versus Android activity across Jumptap’s network, which happens to reach 83 million mobile users.

Oddly, Android and iOS seem to be split by region, as southern and western states seem to opt for Android, whereas New England and mid-western states prefer Apple’s operating system. Overall, Android has a 5 percent lead in market share over iOS, with 38 percent compared to Apple’s 33 percent (as of June). Even though Android has more market share than iOS, Jumptap points out that iOS devices perform better for advertisers, with a 0.78 percent click-through rate compared to Android device’s 0.47 percent. Read on below on for some charts. You love charts, right? 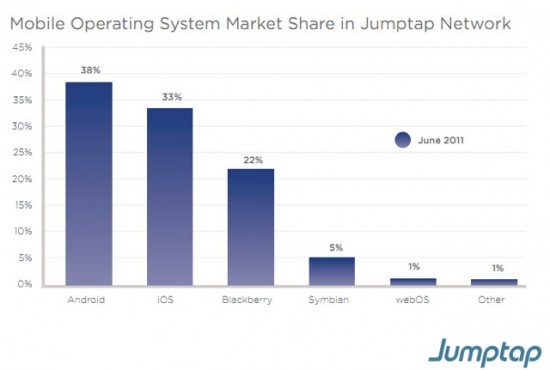