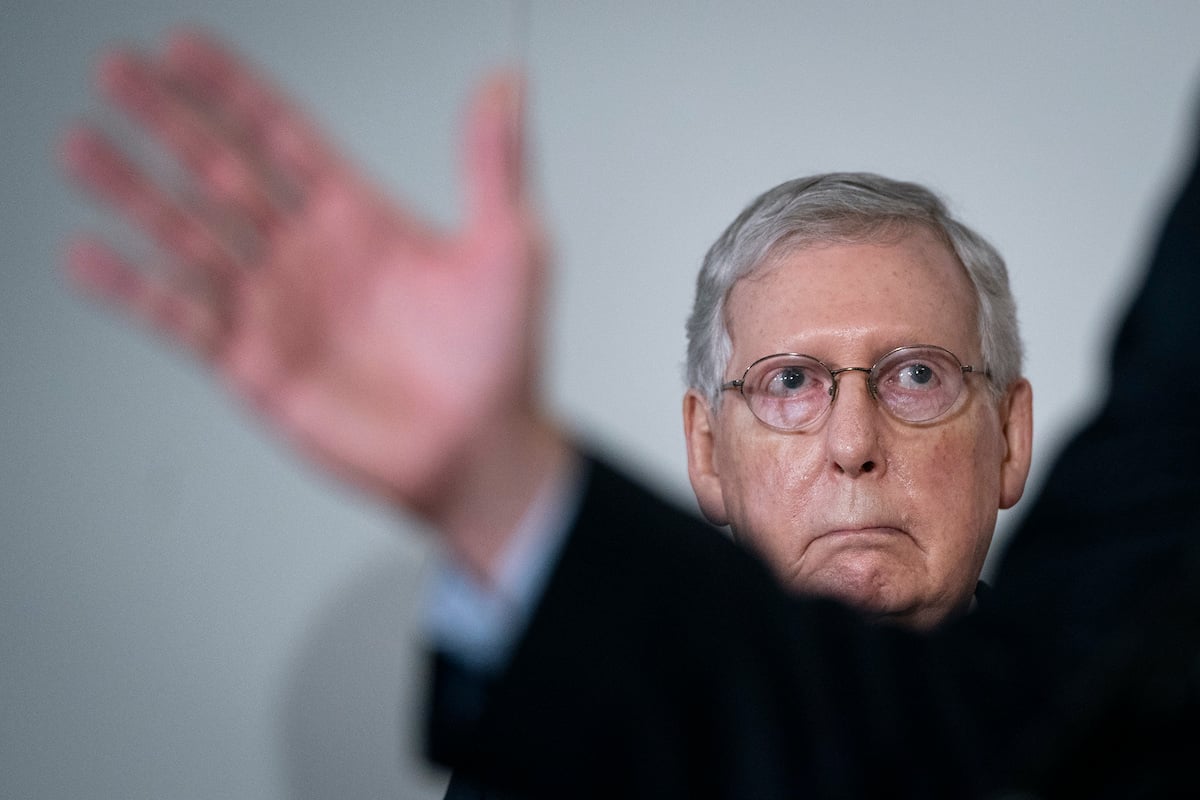 Senate Majority Leader Mitch McConnell has been refusing to answer questions about whether or not Donald Trump’s actions Monday night, when his walk to a church photo op was facilitated by an unprovoked attack on peaceful protesters, are condemnable. And he’s not the only one. A number of Republican lawmakers worked hard to dodge that question today.

WATCH: Most GOP senators avoid commenting on peaceful protesters being dispersed by tear gas outside the White House for Trump’s church visit pic.twitter.com/11cPvvxktd

This about sums up their response:

At one point, McConnell tried to come up with a decent excuse as to why he wouldn’t comment on Trump’s behavior. He failed.

When asked if Trump was providing “the right kind of leadership,” McConnell responded: “I’m not going to critique other people’s performances. I can speak for myself, and I just have.”

Well that’s certainly new! Because until now, McConnell has shown that he loves critiquing other people’s performances.

Just a few examples out of so many:

—He continuously criticized Democrat lawmakers for their decision to move forward with Donald Trump’s impeachment and their methods during the trial.

—He especially critiqued basically everything Nancy Pelosi said and did during impeachment.

—Back in 2010, in the same interview where he famously bragged about wanting to make Barack Obama “a one-term president,” McConnell said ” I don’t want the president to fail; I want him to change.” If he’s so against performance critiques, what could he have wanted to change??

—In 2019, McConnell wrote an op-ed sort-of, almost critiquing Trump’s Syria policy … by framing it as a criticism of Barack Obama’s Syria policy.

—He criticized Americans for voting for Obama in the first place, claiming it was a form of reparations as opposed to an actual choice.

—He very recently criticized Barack Obama for speaking out against Trump, calling his decision to do so “classless” and saying Obama “should have kept his mouth shut.”

That’s just a small handful of the people and things McConnell has built a career on critiquing. I wonder what’s changed …