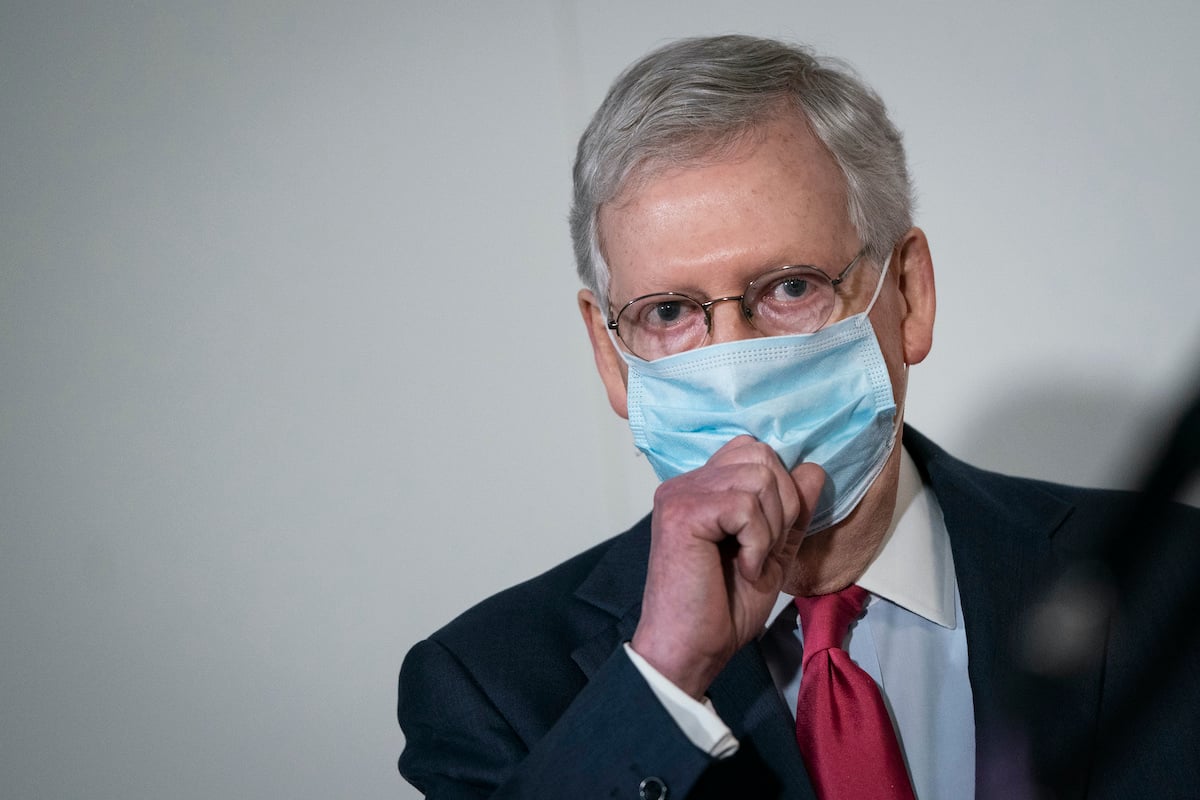 Last week, the House passed another $3 trillion relief package aimed to offer assistance to American people, as well as state and local governments. On Wednesday, Senate Majority Leader Mitch McConnell had a phone call with Senate Republicans to discuss all the ways in which he plans to dismantle that package, starting with ending the new enhanced unemployment benefits.

In the last nine weeks, nearly 40 million people (38.6 at the moment) have filed for unemployment in the U.S. Even with restrictions lifting on many businesses, there were 2.4 million new unemployment claims filed just last week. The CARES Act—the last relief package passed by Congress—upped the amount available for those receiving unemployment benefits and also broadened the requirements for who is eligible.

Even with those expanded benefits, millions of people eligible for unemployment can’t access them—which is deliberate. The unemployment system is designed not to work, to keep people from getting the aid they need.

The process of “bureaucratic disentitlement” is the intentional use of red tape, byzantine application systems that even lawyers have trouble navigating, onerous paperwork requirements and systematic underfunding to shrink vital programs by making benefits painstakingly hard to access.

Bureaucratic disentitlement is particularly nefarious because it doesn’t just lead to fewer people getting benefits — it keeps many eligible people from getting the aid they need. This, of course, is a feature, not a bug.

Florida’s former governor Rick Scott is said to have bragged about how hard he’d made it to access unemployment benefits. The state’s online system was reportedly designed to “make it harder for people to get and keep benefits so the unemployment numbers were low to give the governor something to brag about.”

Trying to access unemployment benefits has always been a nightmare, but now, with systems across the country being flooded with millions of new applicants every week, it’s nearly impossible. And rather than work to make sure everyone gets the aid they need, Mitch McConnell wants to cut them off entirely.

When the House passed their newest relief package, McConnell and other Republicans criticized it for being unrealistic. There was obviously going to be a lot cut in the Senate before it had a hope of passing. But he’s also now vowing to cut things from the last package, things people desperately need and that so many haven’t even been able to access yet.

McConnell says he’s going to do away with the extra $600 per week being offered to those on unemployment and that Senate Republicans are “going to have to clean up the Democrats’ crazy policy that is paying people more to remain unemployed than they would earn if they went back to work.”

What a completely cruel way to look at the terrifying experience millions of people are going through. I know that claiming people are only on unemployment because they’re too lazy to work is the Republican M.O.. but with so many businesses opening up before the expert data says is safe (which is largely happening specifically to keep people from being able to file for unemployment), workers shouldn’t have to risk their health and safety just because their employer is ready to let them come back to a public-facing minimum wage job.

Not to mention, there are still millions of people who don’t have that option. McConnell and other Republicans are just punishing them for a global pandemic putting them out of work.