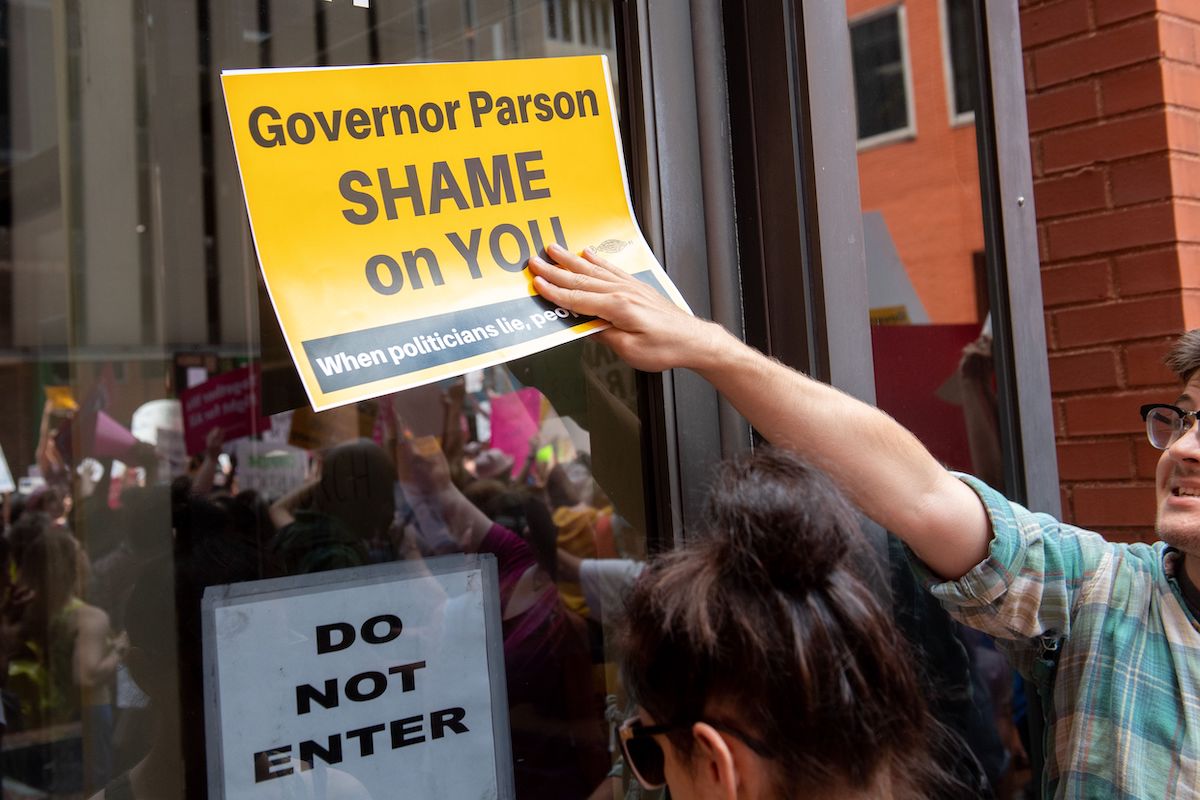 After spending the entire COVID-19 pandemic refusing to implement a statewide mask mandate (and actively fighting cities and counties that did), Missouri Governor Mike Parson reportedly commissioned a study to look into whether mandates actually helped save lives and reduce the spread of COVID-19. And when that study came back showing that yes, they do, the governor buried it.

The study of mask mandates was conducted in early November by the state’s Department of Health and Senior Services at the request of the governor, according to reporting from the Missouri Independent. But after the analysis came in, the results were not made public or even apparently shared internally, as they were “kept out of material the department prepared for cabinet meetings.” The study was only obtained by the newspaper and the Documenting COVID-19 Project through a Sunshine Law request.

In an email that was forwarded to Parson, state health Director Donald Kauerauf wrote that while there are a lot of variables that need to be considered, it seems clear that mask mandates do have a big effect on COVID-19 cases and deaths.

“I think we can say with great confidence reviewing the public health literature and then looking at the results in your study that communities where masks were required had a lower positivity rate per 100,000 and experienced lower death rates,” Kauerauf wrote.

The analysis contained graphs showing the difference in cases as well as in death rates between areas where masks were required and areas where they were not. As this annotated version from the Documenting COVID-19 project shows, the results seem pretty clear:

When some Missouri cities reinstated their mask mandates earlier this summer, Parson tweeted that doing so was "WRONG." His attorney general Eric Schmitt went further and filed a lawsuit against cities requiring masks. Parson has argued that mask mandates "infringe on our personal liberties" and he's said, "The vaccine is how we rid ourselves of COVID-19, not mask mandates that ignore common sense."

Except Missouri ranks among the lowest vaccination rates in the country, likely thanks in no small part to Parson's role in politicizing the pandemic. And with so many people unvaccinated, the state has continued to see spikes in cases and deaths, leading counties to have to reinstate their mask mandates—which Parson then condemns, further perpetuating that politicization.

St. Louis and St. Louis County still have a mask mandate in place but Kansas City and the surrounding Jackson County ended their mandate early last month. According to the New York Times, "In Missouri, new cases have risen from a daily average of about 1,000 in early November to more than 2,000 this month, and hospitalizations are up 32 percent over the past 14 days."

It's not clear what result Parson was hoping to get from the mask mandate study or why he chose to bury these results. He denied deliberately hiding the analysis, which he received a full month ago, but did not give an explanation for his failure to release the information, nor (not that anyone would ever expect this) an apology for the entirely preventable rise in cases and deaths since he received it.

At what point are they held accountable for the deaths they’ve caused, given what they know? I wish this article addressed that as well. I can appreciate quotes saying this is devastating—it is—but it isn’t enough to say something is painful. https://t.co/tkLHasMnsz