This has been a great week for conspiracy theorists as the U.S. Defense Department unveiled their new logo for their missiles system. Pictured on the left there, you can see how it bears a resemblance to President Barack Obama‘s campaign design. But also, the Islamic crescent symbol and the Iranian Space logo.

Sure, it’s easy to laugh it off as Rachel Maddow is doing, but this is a giant lapse of judgment on the team that created this logo. Come on: you’re not going to do enough research to realize how closely your new design for Americans’ Missile Defense Agency looks like the Iranian Space Agency symbol? Or the president’s own campaign imagery?

Visit msnbc.com for breaking news, world news, and news about the economy

We might not be buying Big Government‘s explanation that this is a groveling tactic on the current administration which is “all about accommodating that “Islamic Republic” and its ever-more aggressive stance,” especially because the Islamic crescent and star doesn’t bear that much resemblance to the new American symbol of defense. Because you know what else is a subversive Islamic plot then? NBC public service announcements: 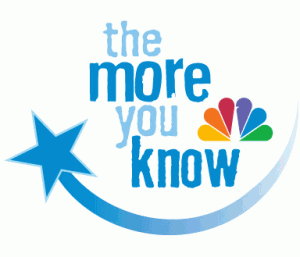