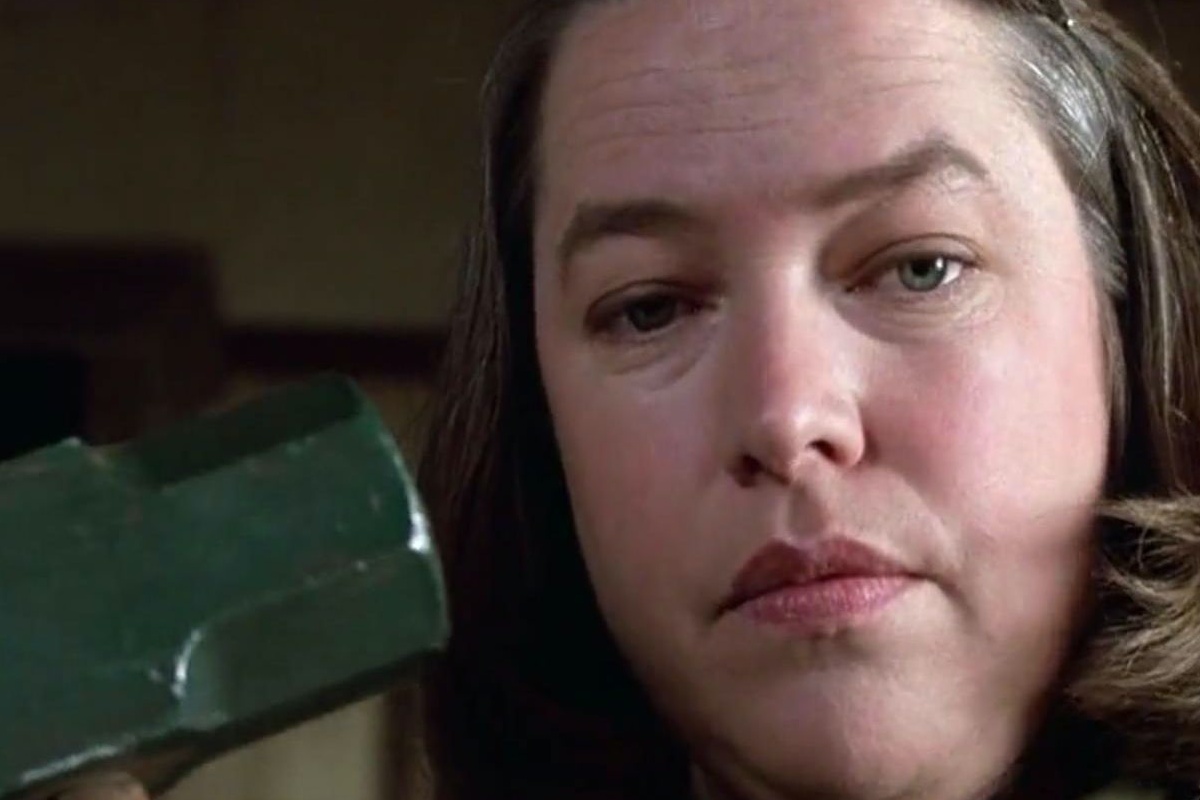 Misery is currently streaming Hulu, and I partook in a viewing of it last night. It was my first time watching this classic, and while I knew about certain scenes like the hobbling scene, the parts that chilled me the most involved the idea of being trapped in a house with no escape. It hits different during a quarantine.

In the adaptation of Stephen King’s novel of the same name, Novelist Paul Sheldon has gotten super famous and popular writing a series of Victorian romance novels, but he is ready to write more “serious” work (which sounds like fumbling the bag to me, sir, but go off) and decides that in his newest book, he will kill off the titular character, Misery Chastain.

After finishing the draft, he gets caught in a snowstorm and crashes his car. Semi-luckily, he is rescued by nurse Annie Wilkes, who brings him to her remote home in order to “recover.” She claims to be Sheldon’s biggest fan, but that fandom quickly shows itself to be a toxic parasocial relationship that many a YouTuber is eerily familiar with. Sheldon is trapped, helpless at the hands of someone who has watched too much Cinema Sins—a true nightmare.

Separated from everyone, trapped in a house, and the person you are stuck with is not the person you’d ever want to be trapped with? Relatable.

In all seriousness, I was really impressed with how the tension in this film played out. Kathy Bates is really excellent, and yes, there is a little bit of Narm when she’s saying her non-cuss cuss words, but that, to me, only adds to the chilling nature of her actions—a woman who says “poo” instead of sh*t, but then feels no qualms about murdering infants or hobbling her favorite writer so that he won’t leave.

It’s almost impossible not to read Paul Sheldon as a stand-in for Stephen King—a clever writer who has an obsessive female fanbase, but manages to stay quick on his feet and use his charms to stay alive the whole time. Paul plays Annie like a fiddle at times, and I’ve gotta say, it feels very self-insert, but I wasn’t mad at it.

Stephen King is an excellent writer (when he’s not on Twitter), and while I think there can be some debate about the later quality of his work, he excels at writing stories without supernatural horror because he gets the psyche of terrible people so well. Plus, the choice of having Kathy Bates’ Annie be more attractive and feminine than the book version, which leans into her being ominous from her introduction, allows Bates to show off her ability for dramatic emotional range—absolutely a well-deserved Oscar.

Also, directed by Rob Reiner and screenplay by William Goldman! No wonder it’s the only Stephen King film to have won an Oscar.

So, if you’re looking for a film that taps into the isolation and horror of quarantine, Misery is up there as one of the best. I wouldn’t recommend watching this and The Lodge back to back, though.