For when there's an awful lot of running to do. 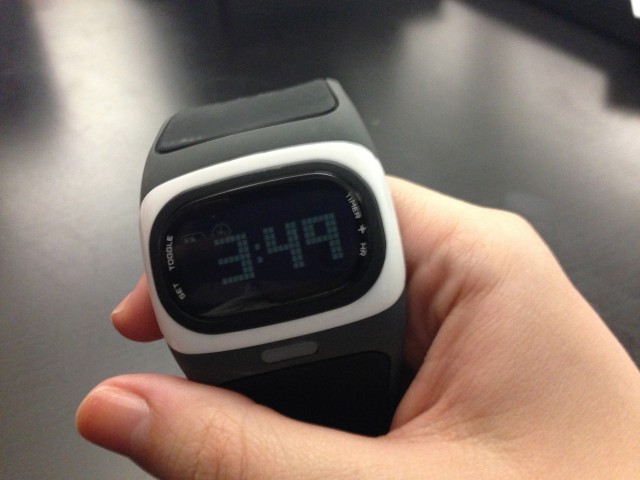 It’s a common misconception that nerds are all out of shape losers. Okay, sure, some of us aren’t in the best shape possible, but we’re working on it, all right? And all the cool gadgets out there make for a great incentive to get serious about fitness — like the Mio Alpha, for example, which is a heart rate monitor that boasts some pretty impressive bluetooth capabilities.

First off, let’s talk about the design of the watch. It’s pretty sleek looking overall, with a black silicon strap and smooth bezel that comes in black or white (the one we got was white, so I’m guessing the black is probably more popular), as well as a cool charging dock that plugs into a USB port — not that you’ll need to charge it all that much, because the battery life is incredibly solid. It definitely looks like the sort of thing you would see on sale at Swatch, too, which is for sure a plus. And it’s water resistant up to 30m, provided that you don’t hit any of the buttons while you’re underwater.

Those buttons, by the way, are hidden on each side of the watch bezel. The HR/+/Timer button begins and ends your workout, and the TOGGLE button on the side shows you the time, average heart rate, and “time in zone” of your last run. That latter one refers to the target heart rate zone that Mio Alpha sets for you — go too high and a red light flashes, along with a beep. Go too low and it beeps again, but with a green light. If you’re primarily interested in hitting that target heart rate zone, this is useful, but it does tend to get annoying if you’re not a very good runner yet and don’t quite know how to pace yourself yet, as I am.

Of course, one of the biggest draws of the Mio Alpha is that you can sync it up with a number of different smartphone apps (currently only on the iPhone, thought they say they’re hard at work connecting the monitor to some Android apps) to record your heart rate during your workouts. The Adidas MiCoach, Digifit, Endomondo, Runtastic, Strava Ride, and Wahoo Fitness iOS7 apps all “pair” with the watch using its Bluetooth low energy signal. While testing the watch, I chose to try it out with Endomondo and found it to be surprisingly easy. The Mio website provides a series of instructions for each app, but the Endomondo one was ridiculously intuitive — you just go to settings, find the Heart Rate Belt tab, hit “connect,” and it should locate the watch for you without any problem. I was expecting it to take a lot more time than it did to find the bluetooth, in fact. So it’s definitely got speed going for it. 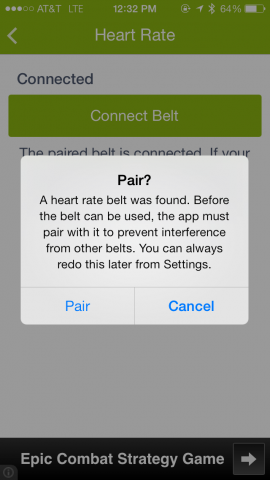 I didn’t get much of an opportunity to test the range of the watch in relation to my phone, but presumably if you’re willing to shell out the money for a fancy heart rate monitor (and we’ll talk about how much money it is, because dang), you’ll have your phone on an armband or in your hand while you’re running, so you shouldn’t have a problem with it. The app and the monitor synced up very well most of the time I had it out in the field, with one small exception — at one point it lost my pulse and I had to tighten the band considerably to get it back on track. This isn’t too bad a thing as the band is pretty breathable overall, but if you’ve got tiny stick wrists, it has the unfortunate side-effect of digging into your skin just a wee bit. 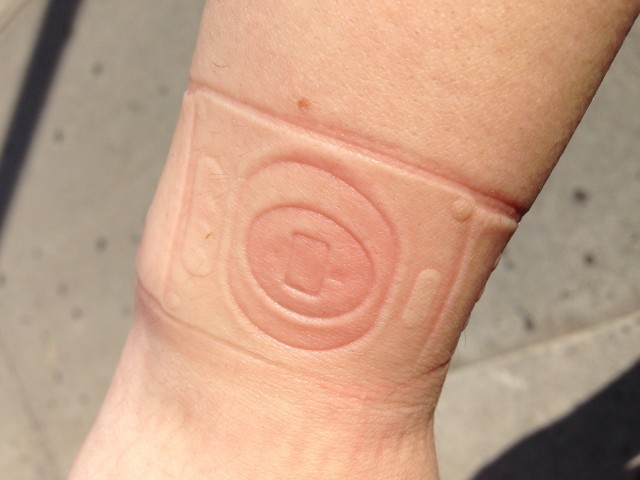 That’s what the bottom of the watch looks like — but, you know, inverted.

But for an HRM that doesn’t use one of those awful chest belts, it’s incredibly accurate, so if that’s what your primarily looking for then it’s worth the wrist discomfort. It’s also much easier to check and readjust in public while running as opposed to a chest belt, especially if you’re a woman. Those can get kind of creepy real fast.

However, If you’re not a big smartphone app user and aren’t particularly interested in the watch’s bluetooth capabilities, then there might not a whole lot you can do with it. As previously mentioned, once you turn it on it will record your last run time and average heart rate, but not much else, and only one run at a time — if you use it again, your previous run will be lost. It also doesn’t have many of the other added functions that some HRMs have such as a distance tracker, step counter, calorie counter, or even an alarm. Though if you’re pairing it with a smartphone, some of those features are likely built into whatever running app you’re using. And there’s no backlight on the alarm, either, so it can be difficult to read at night.

Finally — and this is honestly the biggest drawback for me — the watch is expensive. Like, new phone expensive. $199, to be exact. That’s a lot of money to be dishing out for a heart rate monitor that does exactly one thing. Granted, it does that one thing incredibly well, but if you’re the type of person who wants a lot of versatility for the money they invest into a product — or if you’re only just getting into exercising and are looking for something simpler that also won’t necessarily break the bank — then this might not be for you.

Overall, if you’re a longtime heart rate monitor-user who’s in the market for a new wrist device that’s simple and easy to use, and don’t mind spending a heck of a lot of money to get it, then you won’t be disappointed in the Mio Alpha.  Yes, it’s expensive, but it runs smoothly and works accurately, which is all you could want from any tech product on the market today.