Continuing our breathless coverage of all things Minecraft, indie game developer Markus Persson announced yesterday that the game has topped one million sales. This is a major milestone for the game, which has become immensely popular and received a staggering amount of attention from the video game press.

But as Minecraft players everywhere smiled quietly and nodded with smug approval, one Redditor stepped forward and claimed the title of 1,000,000 customer. akronman1 has posted a screenshot of what he says is an email from Persson as proof of his notoriety, which not only thanks him for his contribution but says that his account has been given a “custom unique cloak.” Minecraft back-end developer Jeb has posted a screenshot showing the special purple cape with a prominent gold star, forever marking the lucky customer as a figure of respect, or an arrow magnet for jealous users: 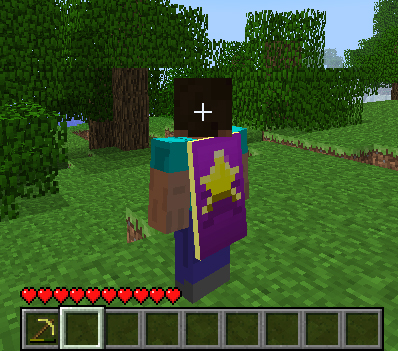