That's sad, because it's beautiful. 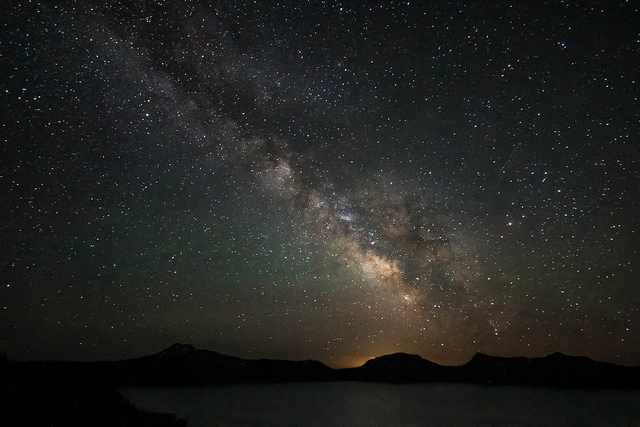 We can see a few distant galaxies in the night sky with our own eyes, but one that’s increasingly difficult to see is, sadly, our own. The Milky Way is an awe-inspiring sight on a dark night, but due to humans and our artificial light, almost no one in North America gets to experience a dark enough night to see it anymore.

That’s according to a new atlas of worldwide artificial light pollution published in Science Advances. The charts included show that essentially everyone in the eastern half of the United States has a significant level of light pollution, with the western half offering clearer skies for the most part until you reach the cities on the west coast. (Fun fact: It’s dark enough to see the Milky Way in Montauk, NY in the off season, where I showed it to someone who had previously believed all pictures of it were fake.)

However, missing out on that sight—as over a third of the world’s total population does—doesn’t even cover all the light pollution in the world. The atlas states that 99% of the United States and European population lives under at least somewhat light polluted skies. Some places, like Singapore, are so bright that human eyes don’t even properly adapt to night vision. Light pollution isn’t really harmful other than hampering our view of the cosmos, but it’s only going to increase as more and more of the world becomes developed.

Cheryl Ann Bishop, Communications Director of the light pollution-fighting International Dark-Sky Association, told NPR, “The fact that we’re bathing our planet in artificial light at night is a relatively new phenomenon, and it’s essentially akin to a human experiment that we’re only just beginning to understand the ramifications of.” She added that different kinds of bulbs and light fixtures affect how light escapes into the sky, with environmentally friendly LED lights unfortunately one of the worst perpetrators.

Things have only gotten worse since the first World Atlas of artificial night sky brightness was done, and they’re not likely to get better in the future. Right now, the Milky Way is a rare sight, but others are sure to follow—or already have, depending on where you live. All this to say: When there’s something neat to look at in the sky that’s visible from where you live, go outside and appreciate it.