Marvel, Why Think of Taking Spider-Man Name From Miles Morales? | The Mary Sue

Why Would Marvel Even Consider Stripping the Spider-Man Title From Miles Morales? 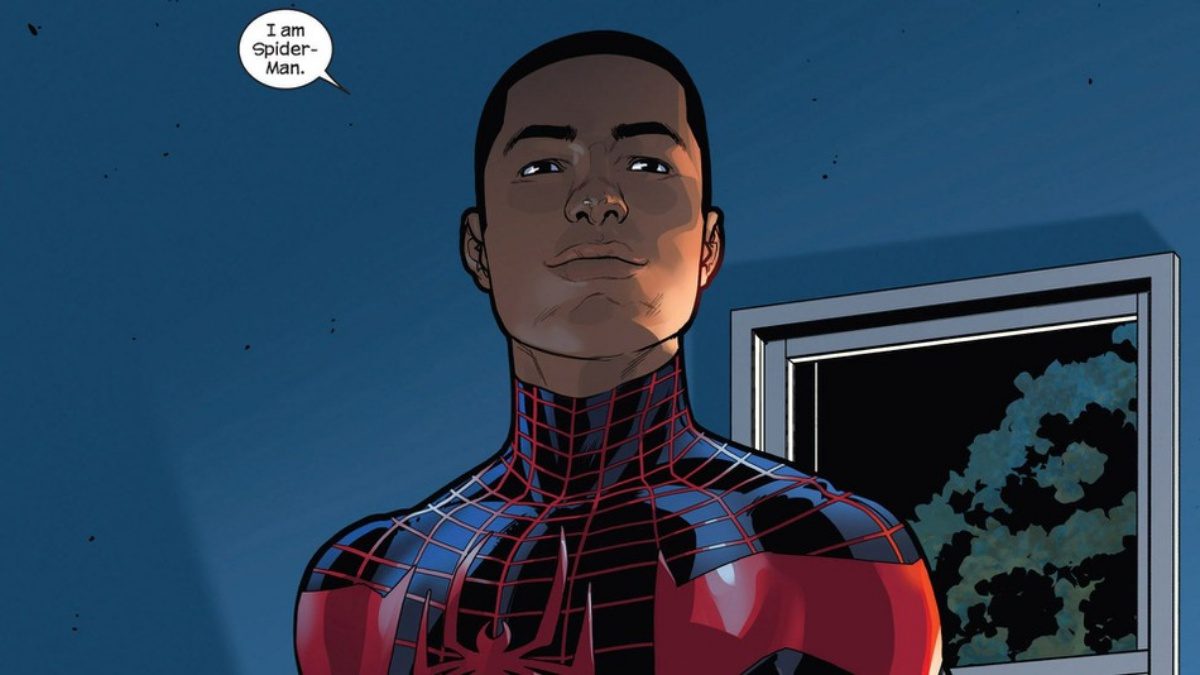 There was apparently a time in 2018 when Marvel somehow thought that “Spy D” was going to be a great codename for Miles Morales to use. Luckily, they came to their senses and didn’t take away the title of Spider-Man from the Brooklynite. My question now is … why was it ever even a thought?

According to Business Insider, Marvel considered taking away the title, but ultimately decided not to, thankfully. “It would have made him less important. He becomes Spider-Man with an asterisk. It takes away the power for kids who relate to this character,” former Marvel editor Charles Beacham told the site. The idea was that Miles would spend more time becoming a super-spy, and while cool in theory, there’s no reason he couldn’t do that and still be Spider-Man.

Being completely honest, Spider-Man can be anyone. That’s a message told throughout the comics and in the movies and is a major theme in Spider-Man: Into the Spider-Verse, which would come out later in 2018, so … it would have contradicted this non-Spider-Man storyline right then and there.

I think the problem stems from the fact that whoever was behind making this suggestion in the first place didn’t realize the significance of Miles Morales. Peter Parker is the first Spider-Man, yes, but as we learn throughout each new version of the character, it’s about what each individual brings to that role, no matter who’s behind the mask. Peter brought a hero for Queens, Gwen brought strength after her loss, and Miles brings hope that everyone can stand up and do what is right. They all struggle, they’ve all lost, but they’re all important to the legacy that is Spider-Man.

So, even contemplating stripping Miles of the title for a minute is upsetting, because he deserves to be Spider-Man just as much as Gwen and Peter and any Spidey who comes along. It’s yet another frustrating sign that, though it was avoided in the end, there are still those in positions of power behind this character who would treat his importance carelessly. Spider-Man can be anything. The person behind the mask can be anyone. So Miles could have gone on to be a super-spy, but he still could have been Spider-Man, too.

I mean, Peter Parker was a newspaper photographer as well as Spider-Man, and there wasn’t a conversation about stripping him of the title and making him … “Photo D” or whatever.

I’m glad that the idea stopped before it ever made its way to print because it isn’t just about a storyline; it’s about what Miles Morales represents. There are kids looking up to Miles and seeing themselves. They’re seeing that they too can wear the mask in the same way I always had Peter, and then Gwen. That’s what’s important about comics, and trying to work your storyline in even if it takes away an important aspect of the character isn’t the right move.

So luckily, we still have Miles Morales as Spider-Man, and hopefully, this kind of thinking will stop because really … do you want everyone to have to fight with those comic bros who would definitely “well actually” someone for saying Miles Morales is Spider-Man if given half a reason?