Jake and Amy, Pam and Jim, Ben and Leslie? Mike, let us live! 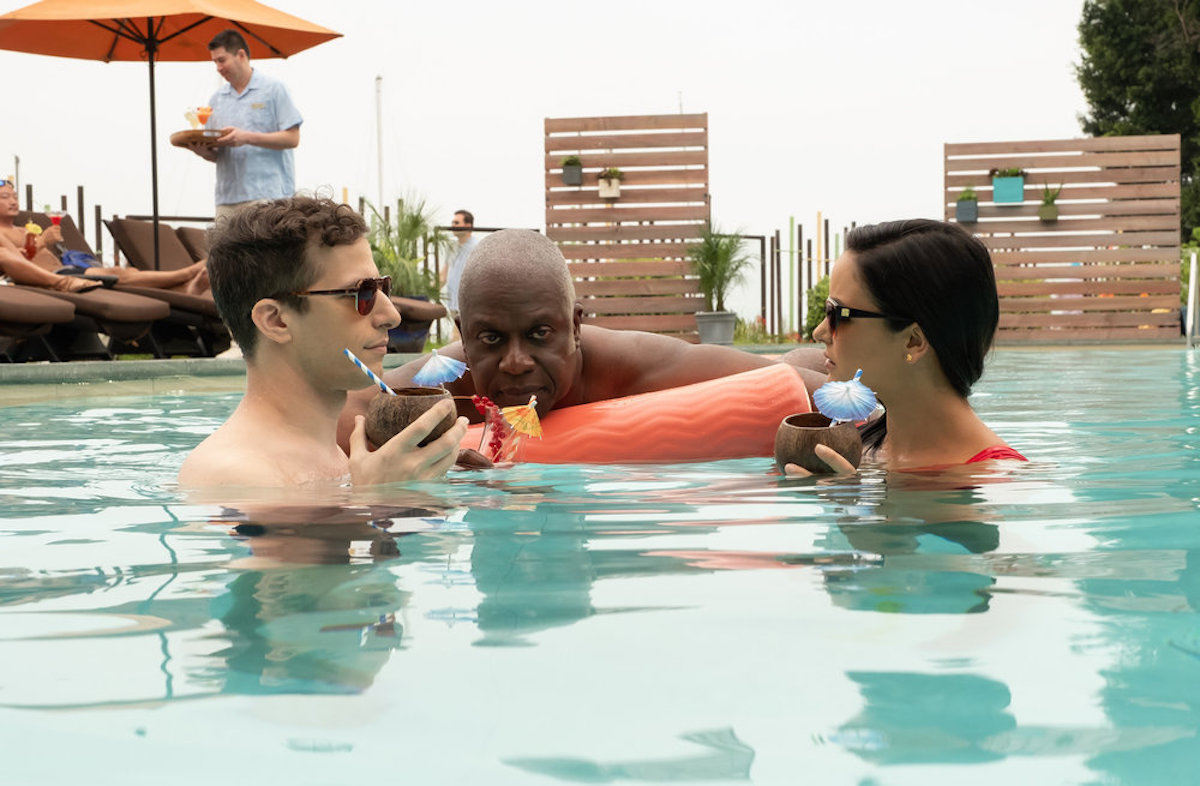 Seeing a Mike Schur show means that you’re more than likely going to fall in love with his ability to bring relationships to the screen. From Jim Halpert and Pam Beesly to Jake Peralta and Amy Santiago, Schur and company manage to show that a relationship doesn’t necessarily have to be extremely negative to succeed on television.

It all started with Jim Halpert and Pam Beesly. Their love was a long game and thus set the kind of relationships that Mike Schur thrives on. Every one of his shows has that couple that you know will end up together and, despite that knowledge, Schur and company make it so torturous to watch these couples continue to deny their feelings for one another.

Maybe it’s because, in real life, situations like this arise often and, much like these characters, we deny what’s in front of us, so watching it unfold on the screen before us, we’re screaming at them to just get together already.

In the ninth season of The Office, after that will-they-won’t-they had long paid off, it seemed as if the writers wanted tension between Jim and Pam, and it wasn’t something that fans (or at least myself) were into. Making Jim lie to Pam and make her feel less than just to reinforce their love? Whatever happened in the last season of The Office clearly sent a message about what fans like to see, because from there on out, most of the couples we see in Schur shows manage to be supportive and open with each other throughout their relationships.

After The Office came Ben and Leslie on Parks and Recreation. Enemies (or more like Leslie hated the idea of Ben coming into town and ruining Pawnee) turned to secret lovers, then to supportive spouses, Ben Wyatt was always there for Leslie Knope and, even though she often needed guidance on when she was being too much, Leslie would do anything for Ben.

It only got better with Jake and Amy on Brooklyn Nine-Nine, taking two seasons for the two to finally admit that they still like each other and get together. Since then, they’ve fallen into the same Schur love fest where they are overly supportive, always there for each other, and still true to who they are.

Eleanor and Chidi on The Good Place are just now getting into the “we’re together” phase of a Schur show and, even though it’s a familiar formula, there’s something so unique and special about each couple—mainly because Mike Schur knows how to bring to life a character that is unique and true to themselves throughout the entire run of a show.

My favorite couple (and mainly because I am Leslie Knope, always) is Ben Wyatt and Leslie Knope. Their wedding serves as one of those television moments that will make you cry, no matter what.

If you want a feel-good series to watch, take up any of these shows. They remind us of the beauty in life and what good can come from us loving one another.