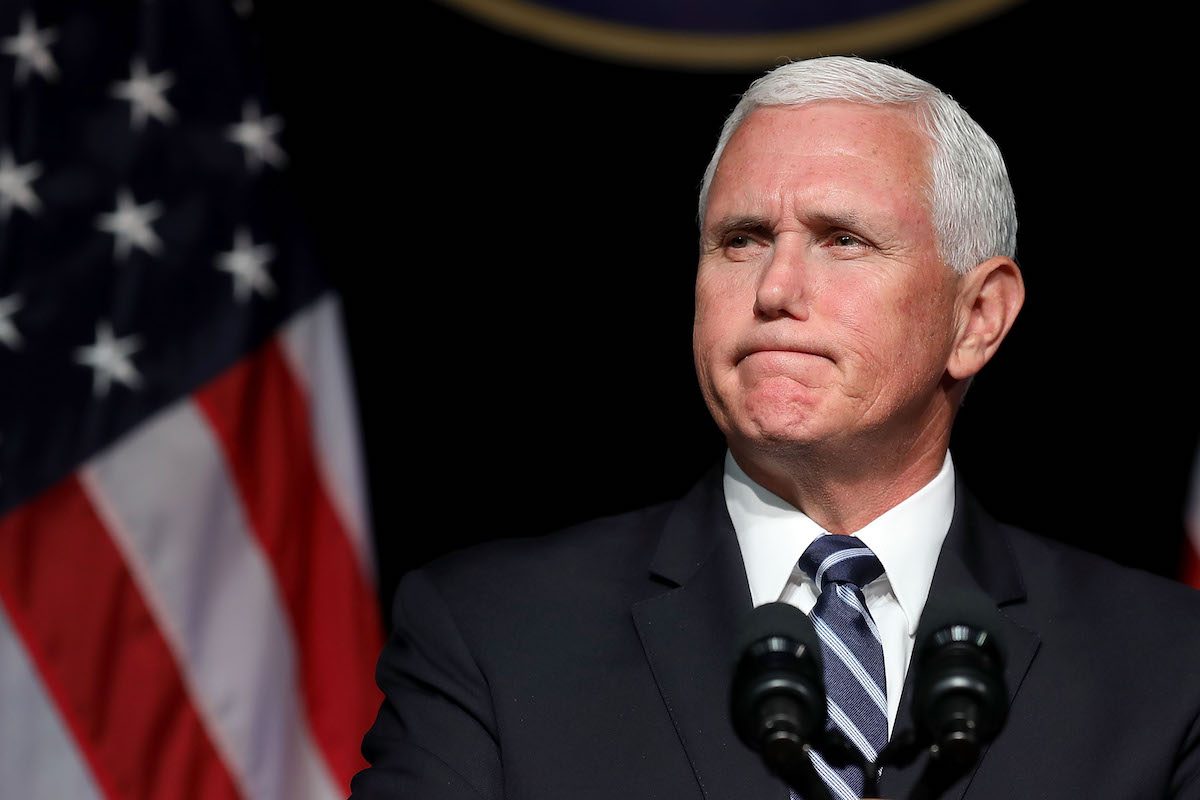 As the coronavirus spreads across the globe, governments everywhere are enacting various protective measures to keep their citizens safe and to quarantine the virus. Here in America, Donald Trump has appointed Vice President/sentient golf club Mike Pence to head up the coronavirus task force. This (like everything in the Trump administration) is troubling for a variety of reasons. First off, Pence has zero background in health, medicine, or emergency response.

But more importantly, Pence’s policies as governor of Indiana caused the worst HIV outbreak in the state’s history. Pence facilitated the massive outbreak by cutting public health spending, which included slashing funds for Planned Parenthood. The then-governor was also morally opposed to clean needle exchange, which exacerbated the spread of the virus among intravenous drug users.

By appointing Pence at the head of the response team, Trump has once again made the same move he criticized Obama for in 2014, during the response to the Ebola outbreak, because OF COURSE there’s a tweet for everything.

Trump just made Mike Pence his coronavirus czar. This is the same exact type of thing he criticized Obama for during the ebola outbreak in 2014. pic.twitter.com/VwPDvcRltv

Trump has also dismantled the pandemic response strategy that Obama implemented, which included a senior position on the National Security Council solely devoted to issue. Trump has also defunded the CDC and the NIH, and his 2020 budget proposal contained over $3 billion in cuts to world health programs.

Naturally, the Trump administration is not only woefully unprepared to deal with the spread of COVID-19, but they are also blatantly lying to the American public about the current threat. In response, many have taken to social media to call out the situation with the hashtag #Pencedemic.

This is the face of a woman who has spent her whole career dealing with ignorant unqualified men acting like they know more than her and is so completely over it. Every woman knows this face. https://t.co/kZroSRty4n

Good morning! Mike Pence is responsible for enabling the worst HIV outbreak in the history of Indiana, an incident that was so bad that his incompetence is literally a case study in public health education on the harm elected officials can do to citizens. #Pencedemic

While Mike Pence served as governor of Indiana, his incompetent leadership led to a large outbreak of HIV. #Pencedemic https://t.co/deQ6qKKL3v

Putting Mike Pence in charge of the coronavirus response is like staring at a solar eclipse, thinking windmills cause cancer, and wanting to nuke hurricanes, rake forest fires, or buy Greenland. #Pencedemic

Reminder what Trump/Pence did in 2019: Allowed Drs to not treat gays if they have religious objections. Now Pence is in charge of coronavirus. Will Pence support a doctor not giving gays medicine or vaccine for virus if “religious freedom”?! #Pencedemic https://t.co/RWNqnHci23

Mike Pence refused to assist his state with combating an HIV epidemic while closing the only clinic that could have helped. He denies facts and basic science and there is no real CDC left.

Now he’s in charge of protecting us from Coronavirus. #Pencedemic https://t.co/BFP8D29YCp

Pence says coronavirus can’t be alone in a room with a woman who’s not it’s wife, so that’s nice

Mike Pence said smoking doesn’t kill. He was single-handedly responsible for a statewide AIDS outbreak. And the lax gun laws he passed increased deaths across the Midwest.

And I heard Pence’s main strategy is Coronavirus Conversion therapy where the infected are taken to a camp and convinced that they don’t have Coronavirus. #pencedemic

As governor, Pence’s science denial contributed to one of the worst HIV outbreaks in Indiana’s history.

He is not a medical doctor. He is not a health expert. He is not qualified nor positioned in any way to protect our public health.
https://t.co/1jVY44p2HF

In the meantime, Trump himself seems more concerned with the stock market plunging amid pandemic fears than the health of Americans. Now is a good time to make sure you’re registered to vote.