Why Did Mike Pence Tiptoe Around a Debate Question About His #1 Favorite Subject, Banning Abortion? 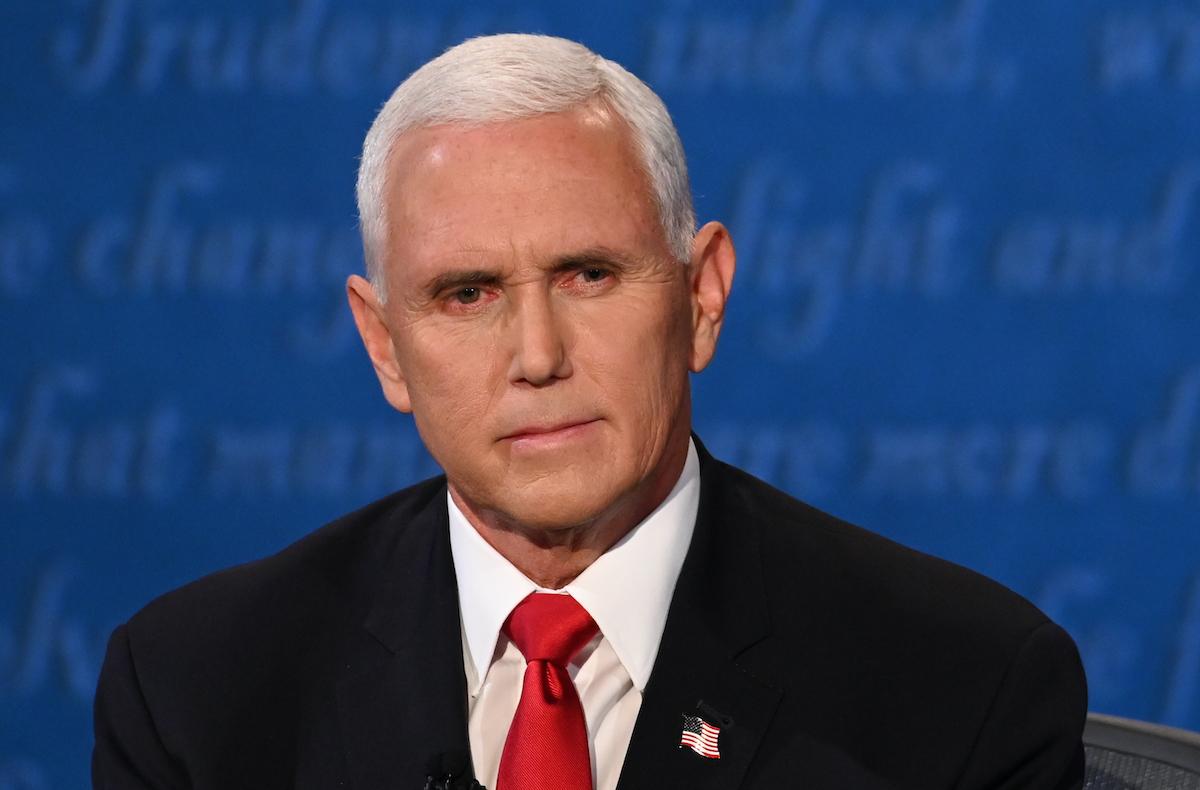 At last night’s Vice Presidential debate, both candidates were asked about Donald Trump’s Supreme Court nominee Amy Coney Barrett, and what her confirmation would mean for abortion rights. Barrett has previously stated her vehement opposition to Roe v. Wade, so it is unlikely that if/when she is confirmed and the court gains a heavy conservative majority, that that case wouldn’t be overturned, eliminating federal protection to abortion access and making reproductive rights a states’ issue.

“Vice President Pence, you’re the former governor of Indiana. If Roe v Wade is overturned, what would you want Indiana to do?” asked moderator Susan Page. “Would you want your home state to ban all abortions?”

The obvious answer is “yes,” as Pence made opposition to abortion one of the fundamental tenets of his time as governor. Seriously, I wish I loved anything as much as Mike Pence loves banning abortion. Politico once called him a “one-man crusade” against Planned Parenthood.

In four years, Pence signed at least eight anti-abortion bills–every single one that came to his desk, in fact. One of those bills would have required a person seeking an abortion to pay for the cremation or burial of the fetus. That bill also technically extended to people experiencing miscarriages as well.

So yes, of course Pence wants all abortion to be banned in Indiana and every other state. He’s made that incredibly clear. But he didn’t say that last night. Instead, he gave yet another non-answer, as he had repeatedly done throughout the evening.

This question came immediately after Page finally insisted Pence adhere to the rules of the debate, as his campaign had agreed to do. That meant to stick to his allotted time (ha) and move on when a subject is closed (double ha). So Pence stopped talking but then used the first half of his time allotted to answering this question to go back and talk about the assassination of Iranian general Quasem Soleimani.

I knew the abortion question was coming. I did not expect Bin Laden to be in the answer.

When he finally shifted topics, he talked about Barrett but not about abortion. He brought up how “unfair” Brett Kavanaugh’s SCOTUS confirmation hearing was and claimed Barrett and other judges have been attacked based on their faith. He didn’t actually mention abortion until Page asked her next question, which was about the Affordable Care Act. (And for her part, Kamala Harris also gave a fairly non-answer to the abortion question, where she responded by talking about the ACA after a brief  “I will always fight for a woman’s right to make a decision about her own body.”)

When asked about the ACA, Pence once again went back to play catchup on the previous question instead. He said that he is pro-life and falsely claimed that Harris and Joe Biden support abortion “all the way up to the moment of birth” and pushed the rightwing talking point of “late-term abortion.”

The weird part of his answer, though, was when he said that he would “never presume to know how Amy Coney Barrett would rule on the Supreme Court of the United States,” adding that they would “continue to stand strong for the right to life.”

It’s a straight-up lie for Pence to say he doesn’t know how Barrett would rule regarding reproductive issues. To start, Trump made it a major part of his 2016 campaign to promise that he would only appoint SCOTUS justices who would work to overturn Roe v. Wade. He said that. And there is absolutely no question that Barrett fits that bill.

So why did Pence refuse to use this opportunity to recommit to such a key, known component of his, Trump’s, and the GOP’s platform?

Did @VP just dodge a question… on banning abortion?

Pence won’t even carry his answers to term.

Mike Pence could have BOLDLY announced a Republican vision for “life” by announcing his support for states that would immediately ban abortion if Roe falls. To be clear. This is his position he supports this.

He had a national stage and he balked.

During her confirmation hearings, Barrett will be asked, just like Kavanaugh was, if she supports Roe v. Wade. And just like Kavanaugh, she will say something vague about respecting “established precedent” so as not to appear as radical as she actually is, so that the Susan Collinses of the Senate can feel justified in voting to confirm her.

That’s the only reason I can think of that Mike Pence chose to punt such an easy question that should have had an obvious answer.