Midsommar Review: A Sunlight-Soaked Nightmare Gives You Nowhere to Hide 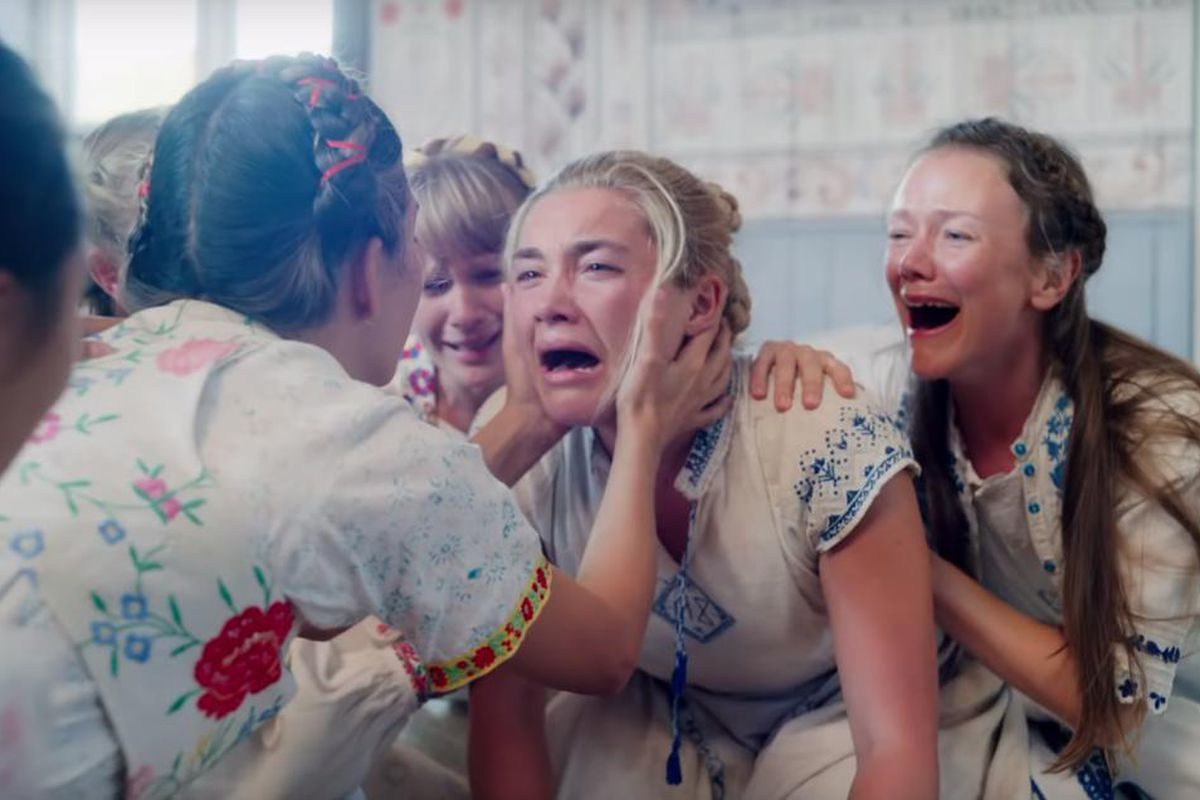 In many ways, Midsommar, Ari Aster’s follow-up to Hereditary, is an anti-horror movie. It starts with the way sunlight permeates nearly every frame of the film, contrasting so severely with what’s happening onscreen and with what we expect from the genre in general, where things are always lurking in the dark. Here, everything that hurts is right out in the open.

There are other surprises here, like the total lack of jump scares or other regular horror mechanics or tropes. Aster constantly reminds us through sweeping, flipping camera shots and his heavy use of mirrors that our world is capable of being flung upside down and that our collective reality is always subjective to our individual reality at any given moment.

It’s hard to even call this a horror movie, really, in the traditional sense. Is Gruesome Existential Terror a genre? Because that’s what this is.

The trailer for Midsommar basically looked like a gorgeously shot, operatic, female-centered Wicker Man and it turns out that’s exactly what it is, with no apologies. The story centers on Dani (Florence Pugh) who, after experiencing a major trauma, joins her totally shitty boyfriend Christian (Jack Reynor) and his friends (including The Good Place’s William Jackson Harper!) on a trip to Sweden. The three (now four) are going to visit the home of Pelle, one of the crew who’s currently studying abroad in the U.S.–or on a “trip outside” as he calls it at one point.

That home is a commune of sorts–a secluded and jaw-droppingly gorgeous vista where the community is celebrating their annual midsummer festival–a mix of feasts, fun games, and ritual suicide and murder.

Which feels like a good time to mention that this movie comes with some major trigger warnings for suicide and intense realistic violence. It might seem odd to include a warning for violence in a horror movie, but this violence is … excessive. It feels almost intimate and it’s very disturbing. There aren’t many of these scenes but multiple people in my small screening had to leave the theater during them. It’s intense.

Dani has numerous horrors right in front of her but her real journey is an internal one, working through her own trauma. In that way, this cult has some appealing aspects. It’s not approached head-on but there’s a definite exploration of the benefits of a communal approach to dealing with big life matters: trauma, pain, sex, family, and everything else about life itself that is so hard to navigate as an individual.

Honestly, I’m still letting this movie sink in. Did I like it? I really think so. It’s also the kind of movie that I left feeling like there was a chance I would rewatch in a year and not remember what I loved so much–but I definitely did find the experience of watching the movie to be incredibly powerful. This is a movie that is designed to overwhelm your senses and to stay with you afterward and it very much succeeds in both of those things. It will take a toll on you to watch and for that experience, you will leave saying thank you.