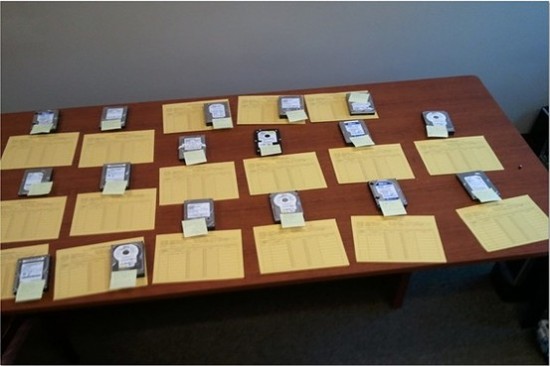 In an effort to prevent junk email from making us all create three separate email accounts (work, professional and personal, of course), Microsoft teamed up with law enforcement agents and raided various facilities that housed what were alleged to be “command-and-control” computers responsible for junk email. The computers in question, which belonged to the operators of the Rustock botnet, were found within hosting facilities located in Kansas City (Missouri), Scranton (that you’ve heard of because of The Office), Denver, Dallas, Chicago, Seattle and Columbus.

The Rustock botnet operates by infecting computers running Microsoft Windows, then using said computers to send spam emails, and is capable of sending out 30 billion spam messages per day. Symantec claims the Rustock botnet is the largest source of spam in the world. Though Microsoft seized several computers and hard drives, the operators of the botnet are still unknown, but obtaining some of their equipment seems like a fairly good place to start searching for their identity and preventing us all from receiving ten emails a day about Cialis.