Michelle Williams & Ridley Scott Do Not Mince Words Over Kevin Spacey: “You Can’t Get Away With This Anymore” 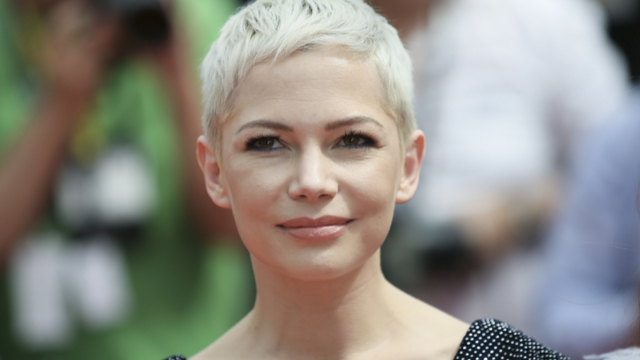 Very soon after Anthony Rapp spoke to BuzzFeed about being assaulted by Kevin Spacey as a young teenager, Ridley Scott announced that Christopher Plummer would be replacing Spacey in his upcoming movie All the Money in the World, despite the fact that the movie was already shot and about six weeks from opening.

The cynical part of me–the part that sees how men like Spacey, Weinstein, Lauer, and too many more to mention here, are allowed to abuse their celebrity status and it’s tolerated as an open secret, sometimes for decades, more often than not because of the money they bring in–that side of me sees this move as damage control. The recasting is a huge and no doubt enormously expensive undertaking, but weighed against a potenial boycott of Spacey projects, it must have seemed like the smarter move.

But Ridley Scott is adamant that his decision was a moral one. He told EW, “I sat and thought about it and realized, we cannot. You can’t tolerate any kind of behavior like that. And it will affect the film. We cannot let one person’s action affect the good work of all these other people. It’s that simple.”

Ridley was also asked if Spacey was “well-behaved” on his set, and gives the only acceptable response: “Well, I don’t know. You never see that. But you can’t condone that kind of behavior in any shape or form.”

Take note, David Yates. Abuse is (ususally) done in private, not in front of the abuser’s boss. Ridley Scott didn’t see it happen, but he’s not pulling any of that “well he’s never harassed me, so I don’t have an opinion on the matter” crap.

Michelle Williams also spoke about the relief she felt when Spacey was replaced.

When this idea was hatched, I immediately started to feel better. This doesn’t do anything to ease the suffering of people who were all too personally affected by Kevin Spacey, but it is our little act of trying to right a wrong. And it sends a message to predators — you can’t get away with this anymore. Something will be done.

I don’t want to project any tone onto this quote, but it’s hard not to imagine an Uma Thurman level of contained rage when she talks about sending a message to other predators. In the last few years, Williams has worked with Spacey, Weinstein (multiple times), and Casey Affleck—and those are just the men who are making headlines right now. I don’t think anyone believes that well is dry.

That is in no way meant to imply that she was a victim or that she even knew what these men were doing or had done. It simply shows what we’ve all become far too aware of: these men are everywhere. Firing Kevin Spacey was a great step, but that’s what it was—a step in the right direction. A “little act” as Williams calls it.

The outing of these toxic men and the public consequences are essential, but eventually, we will have to address the culture that allowed these men to thrive and the ways in which it is still undervaluing women. After all, that’s the same system that, after replacing Spacey with Plummer, reportedly paid Williams a small fraction of the $2 million paycheck her costar Mark Wahlberg got for reshoots. (The updated trailer also, oddly, shifts the entire tone of the film from what was a period thriller-ish drama focusing primarily on Williams’ character, to a Mark Wahlberg action movie.)

Still, as far as first steps go, this is a big one. I’m especially glad Williams and Ridley didn’t go the route of claiming no comment out of “respect” or some similar deflection. Ridley Scott fired a man because he is a predator and they are not hiding that that’s what happened.