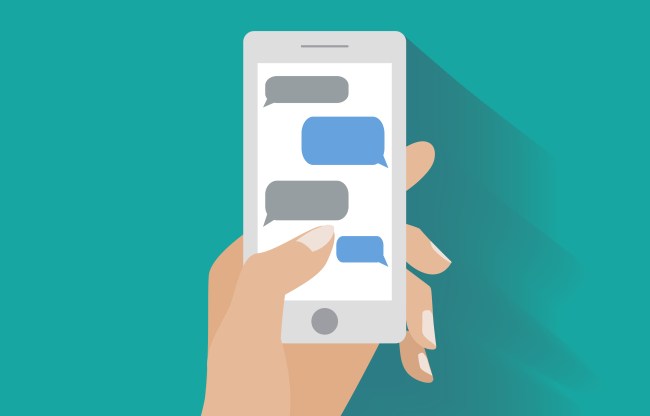 Michelle Carter was 17 when her boyfriend Conrad Roy III died of carbon monoxide poisoning. After their text history was revealed, Carter was accused of pushing Roy into the act, and today she was found guilty of involuntary manslaughter.

I’ve been following this difficult case for a while, and it’s hard to know how to feel about the verdict. When you read Carter’s messages to Roy, it’s impossible not to be outraged, and to agree that she played a part in the actions that he took. But the guilty verdict in Carter’s case sets a precedent that could have radical legal implications for our always-on digital era of communication, and the ACLU has condemned it as violating free speech protections. Carter, now 20, has not yet been sentenced, but she could face probation to a maximum of twenty years in prison.

Both teenagers had histories of depression and conducted their relationship primarily by text and Facebook messages. Prosecutors allege that Carter urged Roy to take his life because she was “desperate for attention and sympathy from classmates,” and keen to play the role of a bereft girlfriend.

The texts are terrible to read. “You’re finally going to be happy in heaven. No more pain. It’s okay to be scared and it’s normal. I mean, you’re about to die,” she wrote in one, after many back-and-forths on the subject. Later, when Roy expressed hesitation, she texted: “I thought you wanted to do this. The time is right and you’re ready __ just do it babe.” Most damning, according to Juvenile Court Judge Lawrence Moniz, who decided the case (Carter waived her right to a jury trial), was that when Roy initially got out of the truck that was filling with carbon monoxide, Carter texted him to “get back in.” He did.

While Roy took “significant actions of his own” to take his own life, Carter’s instruction to get back in the truck constituted wanton and reckless conduct, the judge said. Even though she knew he was in the truck, she didn’t take action to help him by calling the police or his family, Moniz said.

“She called no one and finally she did not issue a simple additional instruction — get out of the truck,” Moniz said.

Sympathy for Carter is in short supply. But some cases, however morally repugnant, have to also be considered for the legal precedent that they can help establish. “It’s sad, it’s tragic,” Carter’s lawyer said. “But it’s just not a homicide.” The ACLU of Massachusettes seems to agree:

The ACLU of Massachusetts condemned the verdict late Friday morning, saying it “exceeds the limits of our criminal laws and violates free speech protections guaranteed by the Massachusetts and U.S. Constitutions.”

Despite the fact that there is no law in Massachusetts against persuading someone to commit suicide, “Ms. Carter has now been convicted of manslaughter, based on the prosecution’s theory that, as a 17-year-old girl, she literally killed Mr. Roy with her words,” the ACLU’s statement read.

My sentiments are the same as those expressed by Assistant District Attorney Katie Rayburn, who said in a statement, “There are no winners here today.”

While Carter’s speech was beyond reprehensible, should her messages constitute involuntary manslaughter? If I were on a jury deciding this trial, I honestly don’t know how I would have reached a verdict. As Boston.com points out, this trial encompasses “whether a person’s words can cause another’s suicide,” and there are infinite variations in every case that would make it extremely difficult to create a standard by which to judge this.

The ACLU also believes that the ruling could “chill important and worthwhile end-of-life discussions.” Law professor David Siegel told Boston.com, “One extreme, you can imagine a long conversation with an old friend suffering from a serious illness who asks your counsel about possibly ending their life.” If this case sparks laws that deem text culpable of responsibility, there could be many future ramifications.

We live in an age of rampant online hate speech, bullying and abuse, and teenagers and adults often communicate now more in text than out loud. At what point does written cruelty and abhorrent expression cross the line to become a crime? With Carter’s conviction, we seem to have started drawing the dividing line.