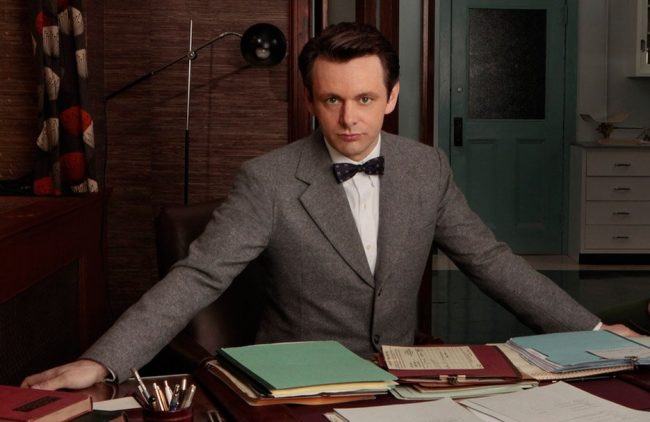 Sheen has since clarified his statements to The Times in a follow-up blog post, stating “I DID NOT declare that I’m ‘quitting acting and leaving Hollywood’ to go into politics. I said I have become more involved with community issues back at home over the last few years.”

While promoting his latest film, Passengers, actor Michael Sheen told The Times of London that he was moving back to Wales to become a full-time political activist. “In the same way as the Nazis had to be stopped in Germany in the Thirties, this thing that is on the rise has to be stopped,” he said.

The election of Donald Trump in the United States and the pro-Brexit vote in his hometown of Port Talbot, Wales both disturbed Sheen enough that he felt he had to act. “Everything has shifted,” he said, “The dice are being rolled again.” He said he feels a “massive urgency” about the “terrifying” political climate in the world.

Sheen’s decision is likely to reignite popular debates about the efficacy of art in changing people’s minds and galvanizing concrete political action. Can actors play a significant a role in political engagement, or are they too limited by the demands of corporate Hollywood? Sheen’s move also invites questions about the role of art in general. While few people would deny that art has some power to influence, as the media landscape increasingly fragments and specializes, artists may find themselves preaching to the choir. Liberals can consume liberal media that speaks to their values, and conservatives can find conservative media that does likewise for them. And yet, if art had no ability to sway people in one political direction or the other, repressive governments wouldn’t bother banning or censoring it the way that they do.

“It will be a big change for how people relate to me,” Sheen said, “Once I’m in, I’m fully in, and this is big. As soon as you start to be effective, then people try to crush you, because it’s dangerous.”

Sheen is perhaps best known for his role as former Prime Minister Tony Blair in The Queen, where he played opposite Helen Mirren as Queen Elizabeth II. He has also taken roles in a number of genre films, including Tron: Legacy, The Twilight Saga: New Moon, and most recently, Passengers.

(Via The Hollywood Reporter and The Times, image via Showtime)