Michael Keaton On His Lack Of Batman Envy: "I'm Batman" | The Mary Sue

Michael Keaton On His Lack Of Batman Envy: “I’m Batman” 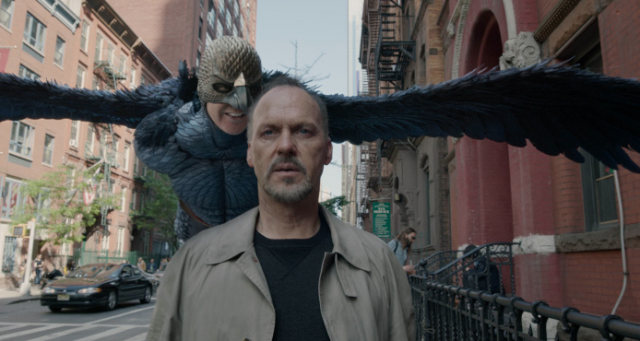 When he was asked about the impending reign of Batfleck, former Batman Christian Bale revealed he initially harbored some intense FOMO Ben Affleck was taking over the role. He wished Affleck the best, but he also “stared into nothing for half an hour” in mourning. Michael Keaton, however, is not mourning. As he puts it: “I’m Batman.”

Here was Bale’s reaction, from an interview with Empire:

I’ve got to admit initially, even though I felt that it was the right time to stop [being Batman], there was always a bit of me going, ‘Oh go on… Let’s do another.’ So when I heard there was someone else doing it, there was a moment where I just stopped and stared into nothing for half an hour.

Here’s Keaton’s, when asked by ShortList if he shares Bale’s jealousy:

No. Do you know why? Because I’m Batman. I’m very secure in that.

And on Tim Burton’s Batman in general:

Tim changed, or started, everything. And I’m proud of the choice I made, in terms of how to play Batman. It’s probably easier now because Tim paved the way, and if I did anything to pave the way, I’m proud of that, too. I’ve never seen [a superhero movie] beginning to end. Oh actually, I saw the first Spider-Man – I thought that was really good. You can step into it more easily now, is my guess. Technically, [superhero movies] do everything for you. They create a world where all you’ve basically got to do is show up, not f*ck it up too much and you’ll come off OK.

Now what’s Clooney got to say? Other than, you know, this. Kilmer?