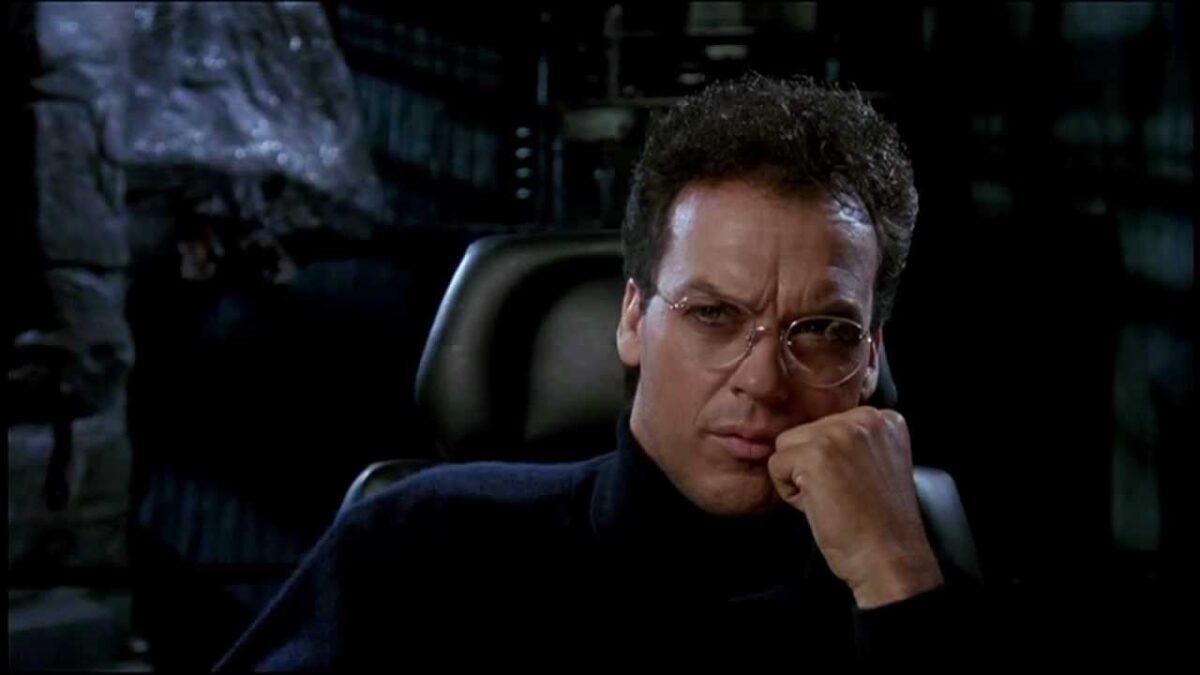 We’ve done our waiting—29 years of it—but now, Michael Keaton is returning to the cowl, and the first look at him as Bruce Wayne in The Flash (the upcoming DC movie, not the show) broke us all. Michael Keaton is a national treasure and one that I’m proud of as a fellow Pittsburghian. He’s the kind of actor that I’ve loved to see onscreen since I was a kid. Nothing but respect for MY Mr. Mom. So imagine that we all know Michael Keaton is coming back as Bruce Wayne for The Flash but suddenly see him on set and all collectively scream. Because that’s what happened this weekend when we got a look at Andy Muschietti’s The Flash.

Keaton was last seen Bruce Wayne in 1992 in Tim Burton’s Batman Returns, which also ushered in Michelle Pfeiffer’s Selina Kyle. So, returning to the role all these years later is a big deal, especially for fans who haven’t seen him as Batman in almost 30 years. (Basically, I waited my entire life for this. So excuse me for screaming a lot about Michael Keaton.) While the news broke officially back in April that Keaton was coming back, this is the first image, and yes, I do love that Keaton’s Bruce hair is back, thank you very much.

Twitter turned into kids again, and we all just kept screaming about Batman was back as if we don’t know what Michael Keaton looks like otherwise.

*Michael Keaton in anything for the last 30 years*

Me: that is Michael Keaton

Me: that is Batman pic.twitter.com/Gj2ckoAM3K

Holy crap. It’s Michael Keaton playing Bruce Wayne again. Never occurred to me that this was something we’d see again, but here we are. pic.twitter.com/vJeAIqhcZR

EVERYONE SHUT UP THERES A PICTURE OF MICHAEL KEATON AS BRUCE WAYNE AGAIN pic.twitter.com/9GGLI789ul

MICHAEL KEATON AS BRUCE WAYNE THEN AND NOW pic.twitter.com/CicDu0VCL8

MICHAEL KEATON IS BACK AS BATMAN! BRING ME BATMAN BEYOND!! 🦇 pic.twitter.com/qKNH5MpLHt

Thank you to The Flash for giving me back my Batman. I love Michael Keaton very much, and while I still stand by the statement that none of these live-action Batman incarnations are particularly great at being a detective (which is funny since he’s supposedly the WORLD’S GREATEST), Keaton was the one that felt the most like the Bruce Wayne that I knew and loved, and has remained as such throughout my life.

This set picture seems like we’re going to get Batman Beyond Bruce Wayne and good. It’s what we deserve after the last year. I don’t even need Michael Keaton in the cowl at this point. This set picture has revived my soul and watered my crops, and now I can’t wait for The Flash.