Michael Che Is Trending for His Own Insecurities 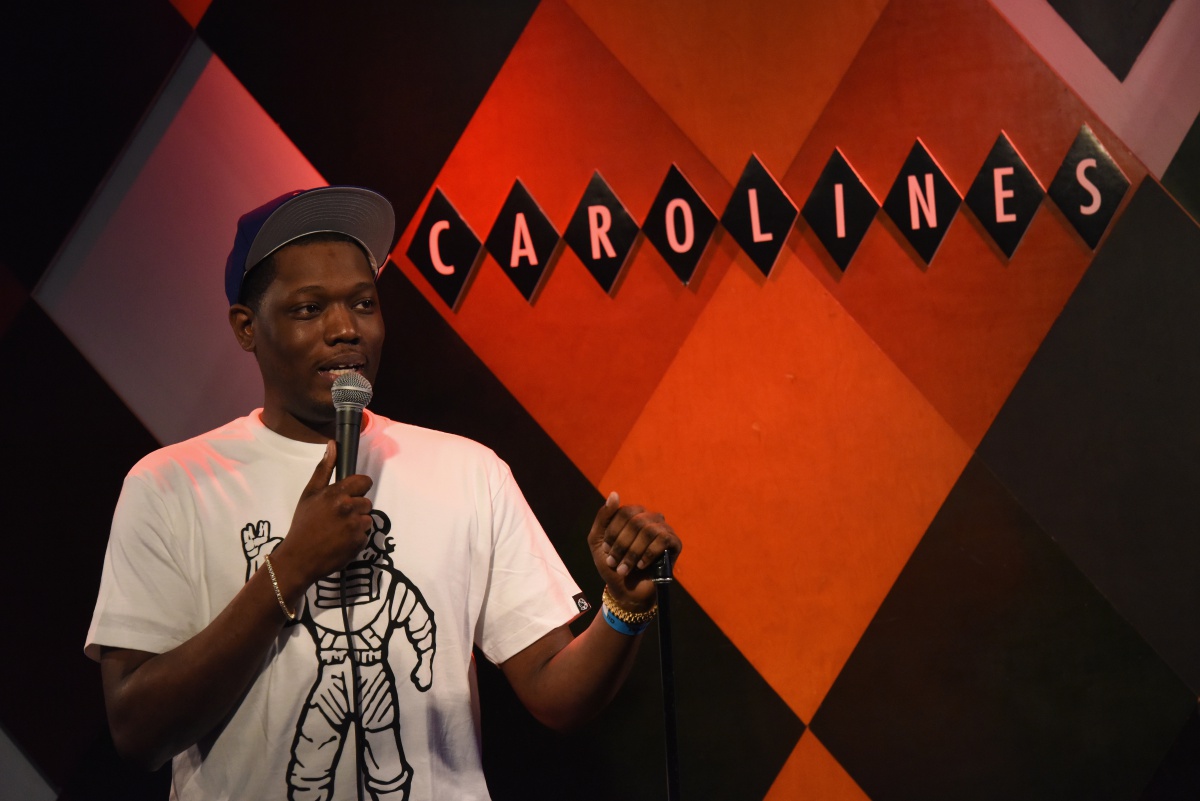 If you logged on to Twitter to see Michael Che trending, you probably wanted to know why. Jack Allison took to The Outline to share his experience with Michael Che and it was eerily similar to a slew of other journalists/comedians/writers who have gone head to head with the Saturday Night Live head writer. Basically, if you don’t like something that Che has said and you dare tweet it out into the world or write it down on any sort of platform, he’ll share the criticism to his page.

I’m sure someone in the world probably sent a note about a Che remark on a carrier pigeon at some point and Che probably intercepted it. It’s strange because most of these accounts are on Twitter, a platform that Che once had but no longer does. Jack Allison, who really gave us a deep dive into his interactions with Che, shows that the SNL host … is essentially stalking his “haters.”

Let me explain. When you continually search for anything related to you, follow it up by dragging it in your Instagram stories and consistently bring it up to try and take someone down? It’s a weird form of stalking and one that someone of Che’s status should not have the time for. Especially since some of these interactions happened during weeks when there were new episodes of Saturday Night Live.

Allison points out that this entire thing started because he made a comment about the writing submission page for SNL.

The funniest thing about the SNL Writing Submission site is it absolves then from stealing your ideas, and then also says if you include a link to your social media it counts for everything you’ve ever posted as well pic.twitter.com/MhnI83Ltf6

So … nearly nothing to do with Che at all unless Che, as head writer, wanted to just take some tweet jokes as his content for an episode and didn’t want to get in trouble for it. Whatever the case, it’s a weird tweet to start a seven-month feud over. Allison went on to talk about the circumstances of the tweet.

“When I posted this, I didn’t tag the show, nor mention any of its employees by name. But within 15 minutes, Michael Che found my post, and reposted it to his Instagram Story. Over the screenshot was a big block of white text reading “lol the shit people worry about.. i think you’ll be fine, man.” He followed up with a screenshot of a DM from a follower asking who I am, to which Che responded “hes one of those bearded white guys with glasses that hates snl, not much about his personal life on there, but im sure its awesome.””

It feels childish, like Che just wanted to drag someone online for something that, honestly, doesn’t have anything to do with him. And what’s fascinating about Allison’s entire tale of going back and forth with Che from his posting on Twitter to Che’s response on his Instagram account is the fact that this is a seemingly constant topic brought up about Michael Che.

He consistently goes after people who have something to say about him, his Weekend Update co-host and co-head writer Colin Jost, or SNL as if he is not in the entertainment business. It’s gotten to a weird point where if any writer so much as says a word, he’ll attack. Steven Hyden, who talked to Allison about it, didn’t even write about Che and yet was attacked because he dared criticize Colin Jost.

“He called me a ‘mediocre ass white dude’ and then said I like to ‘suck off rescue dogs.’ … Also, someone — can’t say it was Che, though it happened immediately after he went into his tirade against me — went into my Wikipedia page and changed it to reflect my supposed preference for having sex with canines.”

Here’s the thing: This has even happened to me! Not this extent and not continually, but I have been dragged into the Michael Che mess because I didn’t agree with his comments on how “cat-calling” is, essentially, like being famous. All I did (in lost tweets since he doesn’t have Twitter anymore) was point out that women have a real fear of walking home a lot of the times and that cat-calling is, in no way, comparable to fame.

He didn’t like it. He also had shamed me for a random tweet about him on his Instagram page when I was an intern at the Upright Citizens Brigade, a place he would do stand-up at occasionally, and so I, for a few months, was anxious about the influential Che ever showing up when I was there working. That anxiety? The worry that a comedian who said something I had a problem with would make my life difficult? Is not okay. And it is something that has, seemingly, happened to nearly everyone who wants to disagree with Che in any capacity.

This article is just another entry into the series of Che-attacks and it’s truly a baffling move by someone who has a high-ranking job on Saturday Night Live. Unlike Allison, I’m fine with a lot of the new episodes of SNL. But the fact that I could wind up being dragged on Che’s Instagram for criticizing it even in the tiniest way leaves a bad taste in my mouth about the show.