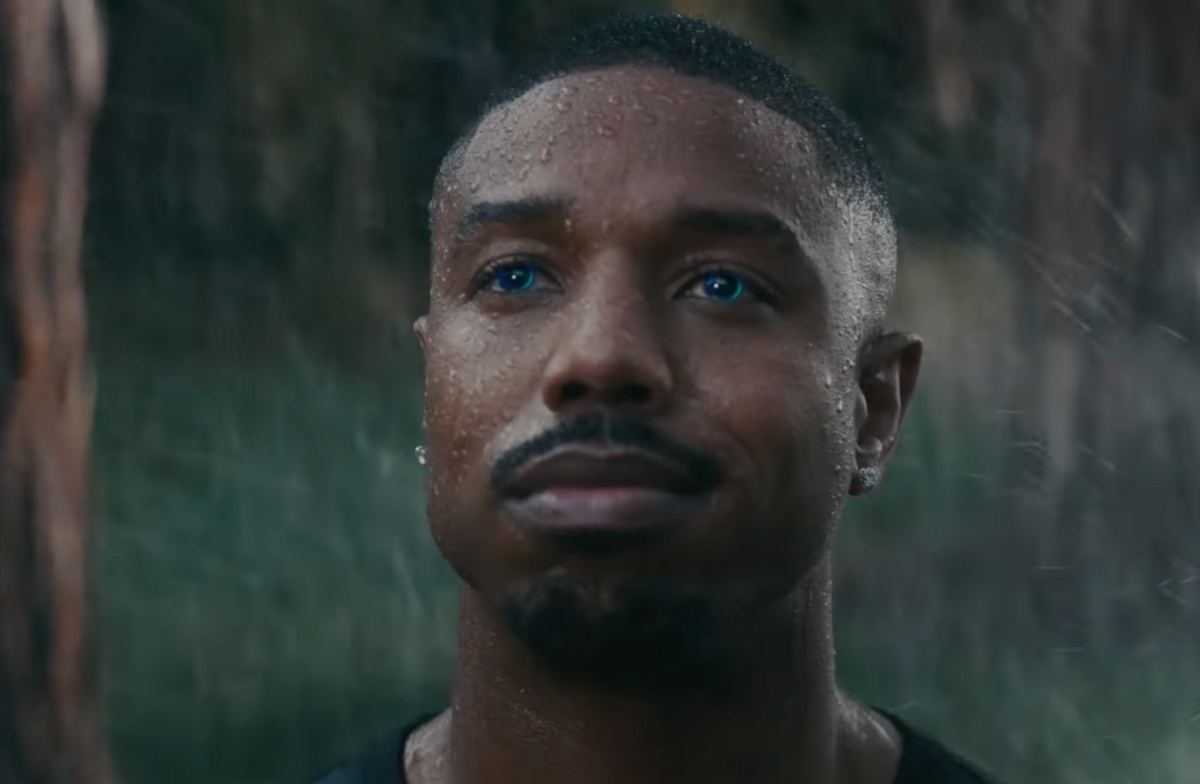 Megan Thee Stallion ain’t the only one serving body. We are only blessed days into Black History Month, and actor and nerd Michael B. Jordan has decided to make us all swoon in his most iconic role to date: Alexa.

In this Amazon 2021 Super Bowl commercial (I can’t believe that we are even having a Super Bowl this year), a young woman calls the Alexa design flawless and claims she can’t think of a more perfect vessel for the device—that is until she sees a bus advertisement for Michael B. Jordan in Without Remorse.

She then goes on a very intense Chobits AU journey, daydreaming about the actor performing his Alexa tasks like turning on the sprinklers, dimming the lights, and reading audio books, all complete with that smolder that makes her husband oh-so-concerned.

Michael B. Jordan spoke with USA TODAY about the spot and told them, “The crazy thing about shooting this spot, there’s a lot of things that don’t make it to the (final) spot. The guy that plays the husband is freaking hilarious. A lot of his reactions, just the way we were all working that day, it was pretty funny.”

I mean, I’d watch the expanded edition. Also, can I get a version with Jason Momoa, Rihanna, and Lana Parrilla, please?  For diversity. But in all seriousness, it is fun to see a major commercial featuring a dark skinned Black woman getting her bliss.

Yes, I still find the concept of owning an Alexa a little daunting—I still barely trust Siri—but I think this was a fun marketing ploy.

Oh yeah, Without Remorse is actually a real film that Michael B. Jordan is going to be in. The film is a spinoff of the Jack Ryan film series with Jordan as John Clark, “a U.S. Navy SEAL, goes on a path of vengeance to solve his wife’s murder.” The cast is also made up of Jamie Bell, Jodie Turner-Smith, Luke Mitchell, Jack Kesy, Brett Gelman, and Colman Domingo.

Not a fan of the whole “dead wife” thing, but if it means getting to have this Super Bowl spot, I guess I can deal.

Also, apparently the Super Bowl is happening this Sunday, and it is the Chiefs vs Buccaneers. Well … that’s something alright.

Who would be your Alexa humanoid person of choice? Yes, animated characters count, as well.