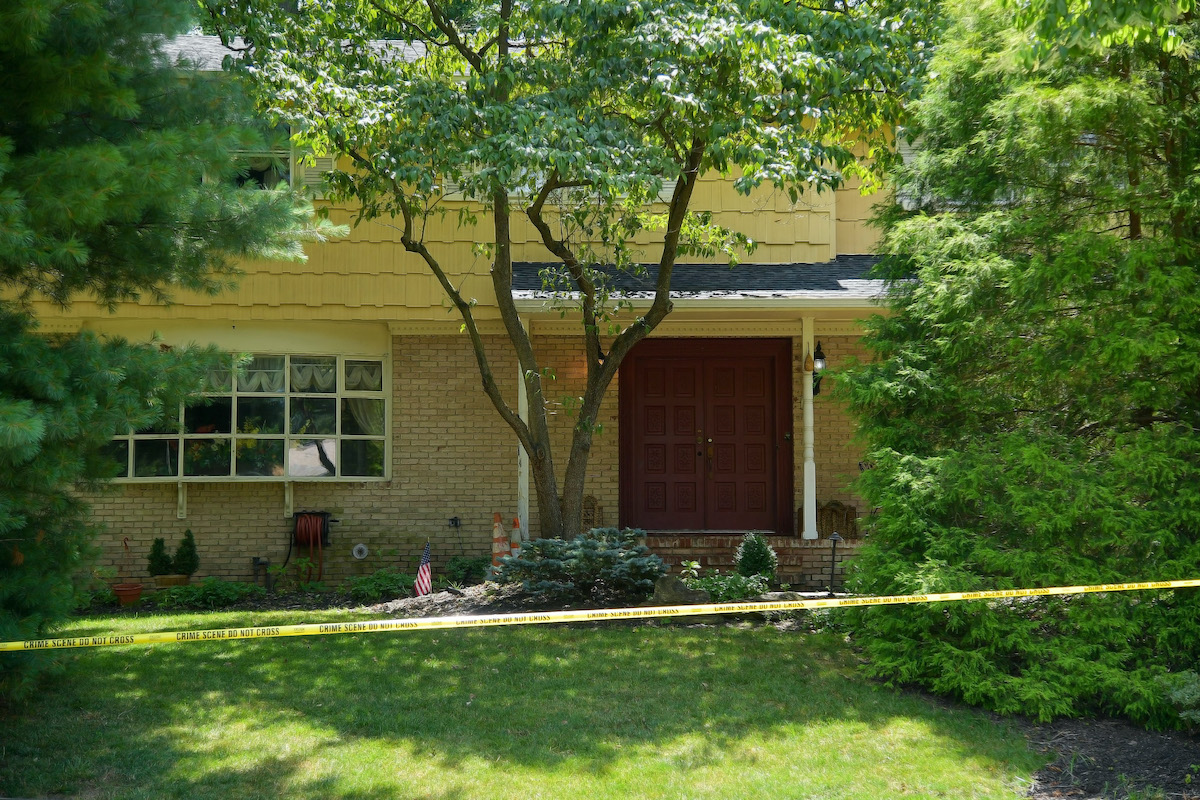 A view of the home of U.S. District Judge Esther Salas.

The motive for the shooting wasn’t immediately clear, although some rushed to conspiracy theories, as Salas had recently been appointed to a lawsuit involving Deutsche Bank and the financial matters of Jeffrey Epstein. As it turns out, the actual motivation appears to be far more quotidian: plain old fashioned misogyny.

The FBI has identified 72-year-old men’s rights attorney Den Hollander as the man presumed to have attacked Salas and her family. He was found dead in his apartment of apparently self-inflicted wounds Monday and had left behind thousands of pages of virulently sexist, racist online writing.

Hollander reportedly told a coworker that he had terminal cancer and law enforcement is looking into the idea that he had decided to “take out” some perceived adversaries before he died.

Hollander had argued one case before Salas, last year, in which he represented a woman and her mother challenging the male-only military draft. Hollander exited the case, which is still ongoing, but in his online screeds, he mentioned Salas, who he called “a lazy and incompetent Latina judge appointed by Obama.” He wrote that Latina women in general are “driven by an inferiority complex.”

Hollander appears to have built a career on challenging the rights of women as being an attack on men. He has sued Columbia University for having a Women’s Studies program, accusing the university of trying to establish feminism as a “religion.” He’s tried to ban bars from hosting “Ladies’ Nights,” a crusade that, back in 2007, got him quite a bit of attention as a New York nightlife scene novelty.

Sites ranging from Gothamist to The New Yorker ran profiles of Hollander’s suit. They made it clear, to varying degrees, that they didn’t take his stunt seriously–and they shouldn’t have, it was entirely mockable and we can’t fault those outlets, especially at that time, for not digging deeper. But it is all too clear now how much of a role violent sexism plays in even the silliest-seeming anti-woman battles.

In 2011, the New York Times covered Hollander’s ladies’ night battle, writing, “Mr. Den Hollander said he does not hate all women; only feminists.” Why a man who would say something like that to arguably the world’s most prominent news outlet would be allowed to continue practicing law is a troubling mystery.

It’s not such a fantastic leap from the things he said publicly about hating feminists, people of color, and Democrats–the latter of whom he wrote on Twitter were “that Orwellian party of feminists, ethnics, Muslims, illegals and queers who think they are superior to everyone else, especially white males”–and the things he wrote privately.

“The Feminists should be careful in their meddling with nature. There are 300 million firearms in this country, and most of them are owned by guys.”

“Things begin to change when individual men start taking out those specific persons responsible for destroying their lives before committing suicide.”

That does appear to be what Hollander was doing (although police are still investigating), as the name and photo of another female judge were also found in Hollander’s car. There is also an investigation into whether he might be responsible for the recent murder of a man named Marc Angelucci–a fellow men’s rights attorney. Angelucci, who reportedly ousted Hollander from a professional organization years ago for being a “nut job,” was killed in his California home earlier this month, according to The Daily Beast.

Hollander’s hatred of women in the legal system seems to go back, as so many MRA gripes do, to his own divorce. He doesn’t deserve to have us rehash his life story but his complaints include calling his Russian ex-wife a “mafia prostitute” and claiming that the Violence Against Women Act benefits women “falsely accusing their American husbands.”

Women are constantly told to brush off misogyny, in spite of knowing this is where it can lead. https://t.co/tzJQKDL5K8