Rather Than Let Him Speak About the Black Origins of Memorial Day, an Organizer Cut Vet’s Mic 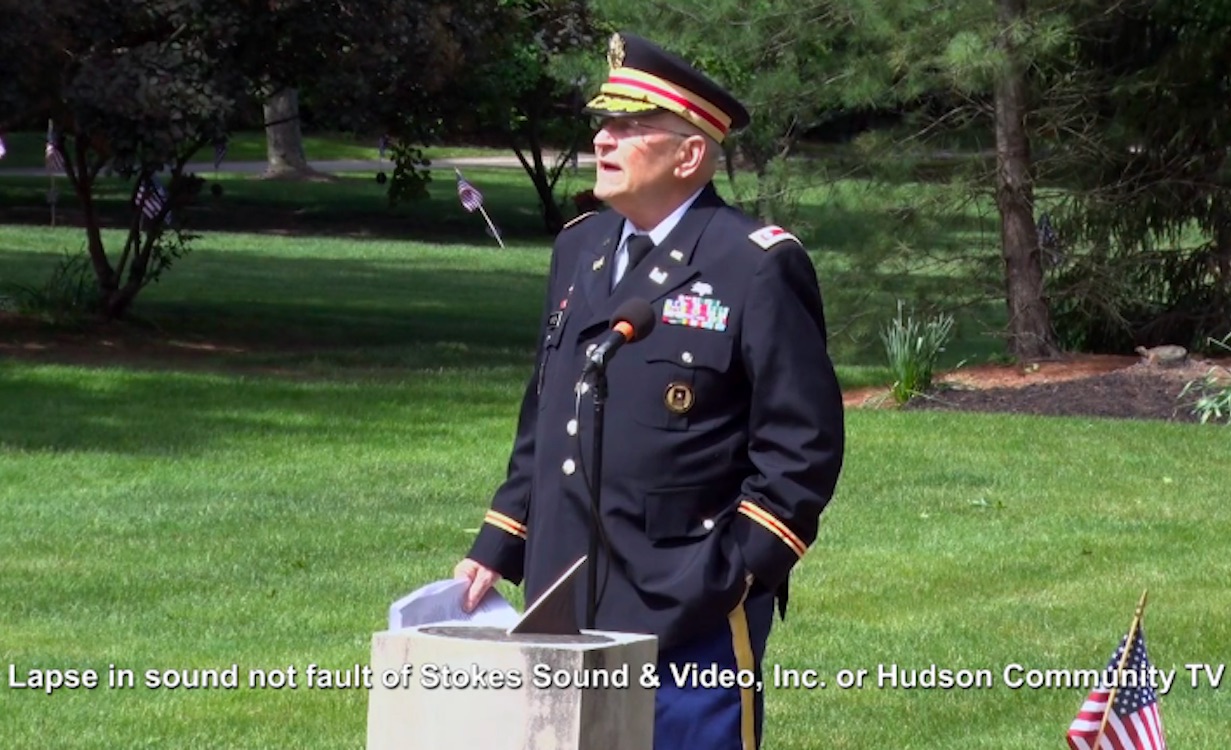 At a Memorial Day ceremony in Hudson, Ohio, retired Army Lt. Col. Barnard Kemter wanted to speak about the role Black veterans played in the creation of the holiday. Instead, the event’s organizers cut his microphone.

77-year-old Kemter was the keynote speaker at the event and wanted to use his speech to talk about the history of Memorial Day. That includes a story about an organized group of freed Black slaves honoring fallen soldiers less than a month after the end of the Civil War. Kemter notes that there is “lively debate amongst historians” regarding the origins of Memorial Day (or “Decoration Day”) but that the discovery of “newspaper clippings and handwritten notes” that indicate the day originated with these formerly enslaved people.

That is really interesting! I bet a lot of people don’t know that and would find it fascinating. So why did the event’s organizers decide to cut Kemter’s microphone at this point in his speech? (Just kidding, we know why.)

Kemter’s speech starts around the 47:00 mark in that video. His mic is cut at 51:00, at which point a caption appears reading “Lapse in sound not [the] fault of Stokes & Sound Inc. or Hudson Community TV.”

The Akron Beacon Journal writes that “When pressed, she would not say who specifically did it” but that it was one of them.

Suchan’s excuse for censoring Kemter was that the history of Memorial Day “was not relevant to our program for the day,” because the “theme of the day was honoring Hudson veterans.”

Seeing as Kemter is a Hudson veteran who spent 30 years in the Army, one might think that way to honor him is to let him say whatever the hell he wants.

“I find it interesting that [the American Legion] … would take it upon themselves to censor my speech and deny me my First Amendment right to [freedom of] speech,” Kemter told the Journal. “… This is not the same country I fought for.”

So much of the history of the United States has been scrubbed to erase the impact of Black people and other people of color. We can see firsthand in this video how an inaccurate, whitewashed version of history gets perpetuated by frightened and misinformed white people who see any attempt to recognize BIPOC contributions as being fringe or political or “off-topic.”

We know that Suchan had a copy of Kemter’s speech and that she had asked him to remove certain portions. “We asked him to modify his speech, and he chose not to do that,” Suchan said.

It is no coincidence then that his microphone cuts out right as he starts a story about a group of “former slaves and workmen” who “exhumed a mass grave of 240 Union soldiers and officers” and “took those remains and buried them individual graves with honors.”

“Each soldier was given a proper burial,” he said, while adding that those freed Black Americans “also constructed a fence to protect the cemetery site and erected a sign over the entrance.” This was then the site of what is believed to be the first Memorial Day ceremony and parade.

Kemter’s mic comes back on the moment he finishes that story.

Fortunately, Kemter is a great public speaker and he can clearly be heard even without his microphone in that video above, if you’d like to hear his speech and this specific story for yourself.