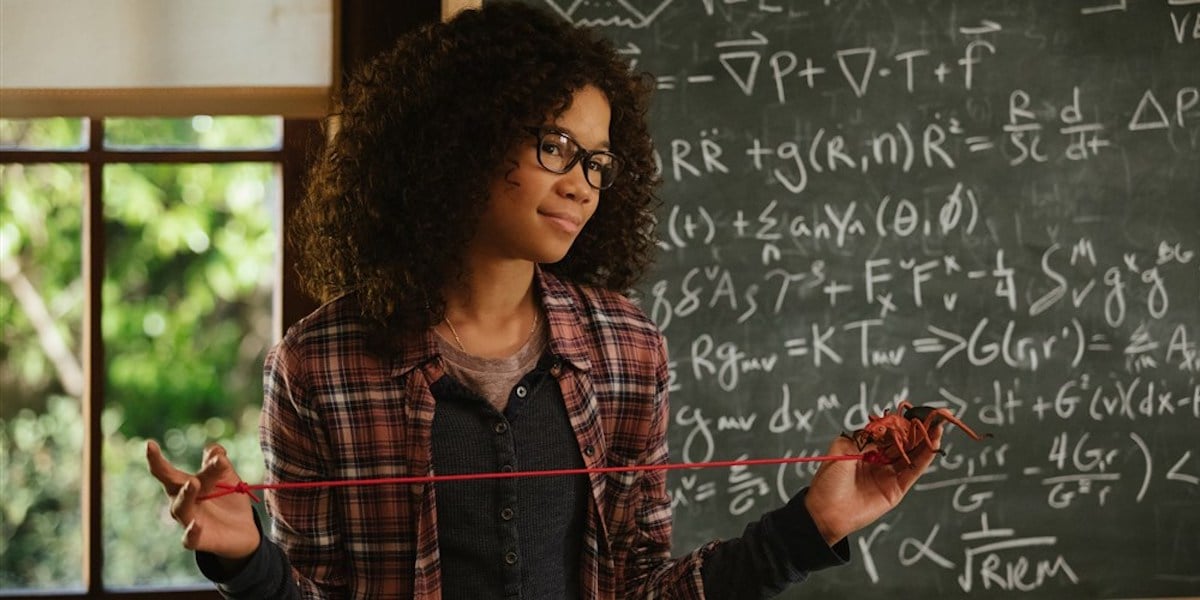 I finally got to see A Wrinkle in Time last night and, despite the reviews, I wanted to give it a fair try, not just for me, but for little 8-year-old Princess who was longing to see other black girls onscreen.

As I watched the movie, I could see my younger self appreciating the fact that Meg was mad as hell and not gonna take it anymore. In fact, when she threw the ball at school bully Veronica’s face (played by the lovely Rowan Blanchard) I was like, oh yeah, she would have been a fav, but there was one aspect of Meg’s character that I knew would have made me feel deeply insecure about myself.

Meg’s hair is beautiful. It is a mass of lovely wavy curls that I remember lusting after as a kid. Throughout the film, her hair seems to be an issue of insecurity. When Calvin complements her hair, the first time, she tells him not to, and when she fixes her hair again later in the movie, Calvin gives another compliment, and she accepts it. During one of the temptation scenes, we see Meg being offered the chance to return home with very long straightened hair.

As I watched these scenes, I understood what Ava’s point was in showing this conflict between Meg and her hair. In an interview, DuVernay said that it was to show Meg’s natural hair journey. “Hair is a big deal for black women,” she told Vulture. “There’s the European standard of beauty that we’re all exposed to and bombarded with that says, My hair needs to look like a Caucasian woman’s hair: straight.”

That’s totally true. All throughout my childhood, I was told that I would be prettier if I straightened my hair. Despite the fact that my parents were both natural and they always told me my own hair was beautiful, when I went outside and watched television, I saw something different. It was a self-hate that stuck with me until my junior year of college, where I decided to say fuck it and got dreadlocks.

That being said, Meg Murry’s hair, while not straightened … is still an ideal for black women. During the scene where she dips her hair in water and turns it into this cute, messy bun, I could just feel myself going into my childhood self and wondering, Why can’t my hair do that?

In the spectrum of black natural hair, Meg’s curl pattern is the face of the movement—soft curls that are bouncy and aren’t a slave to shrinkage when wet. 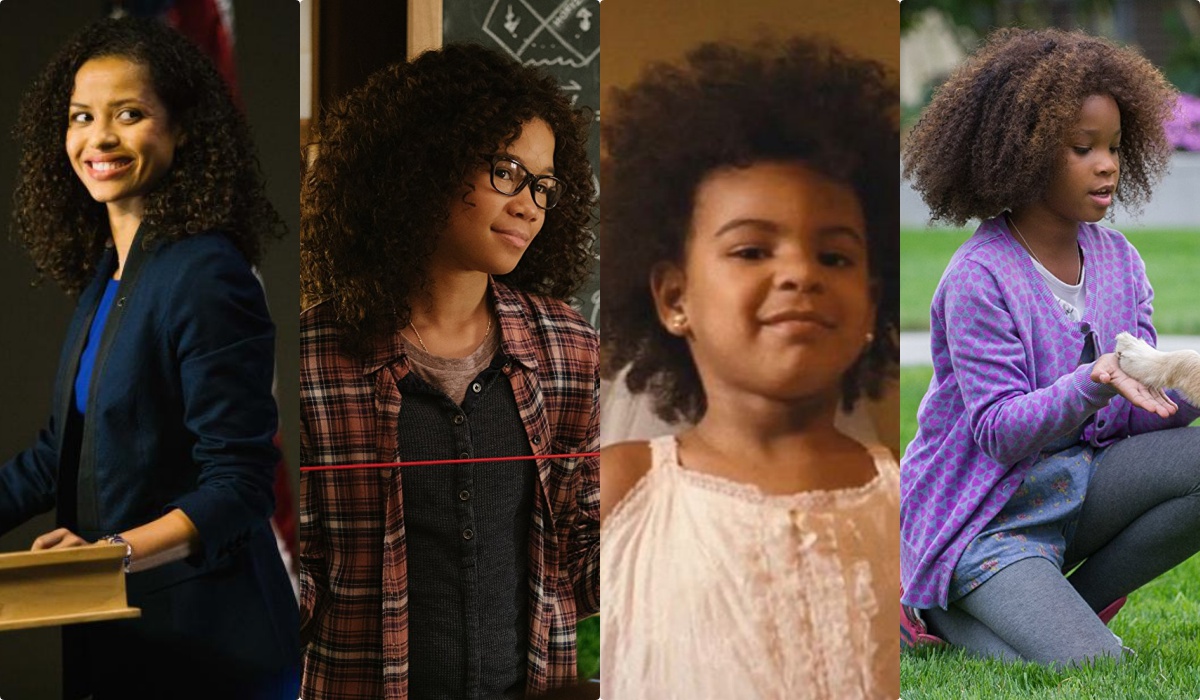 Compare Storm Reid’s hair in A Wrinkle in Time to Quvenzhané Wallis’s natural hair in 2014 Annie, or to Blue Ivy-Carter’s afro in the Formation video. It’s the hair texture that is on Wallis’s and Carter’s that is called “messy,” “bad,” and “unclean,” not Reid’s.

This isn’t to shame or talk down to Ava DuVernay’s message of wanting to show natural hair for black women, but I also think it needs to be addressed that Meg’s hair is not revolutionary in terms of depicting black women’s hair. Most shows I watch have a black female character with hair like Meg’s.

There was a reason why Viola Davis taking off her makeup and wig was such a big deal for black women in media because that was something we hadn’t seen on primetime television. Issa Rae said back in 2015 that “We’re very slowly getting more representation of black women on TV” but “catch-22 because the diversity of our hair isn’t reflected at all.”

We are slowly getting better, but we still lack an embracement of Type 4 hair on the curly hair spectrum. Just last year, NPR ran a story that, despite the natural hair movement, black women still feel pressure to straighten their hair especially, and that biases still exist: “White women demonstrate the strongest bias — both explicit and implicit — against textured hair,” rating it as “less beautiful,” “less sexy/attractive” and “less professional than smooth hair.”

When I talk to black women who are thinking about embracing their natural hair, the biggest thing that holds them back is not knowing how to handle the texture and the fact that it will be short. Even as a child, I would go into black hair salons to deal with other black women who were intimidated by how thick my hair was. I remember feeling ashamed and angry that I didn’t have nice curls like the black girls I saw on TV, or a perm like my classmates.

So while I do understand why Meg matters for young black girls, and I think in many ways she would have mattered to me, when we talk about representations of black hair in the media, we need to move beyond always highlighting mixed-race black women with curly hair that’s been deemed acceptable.