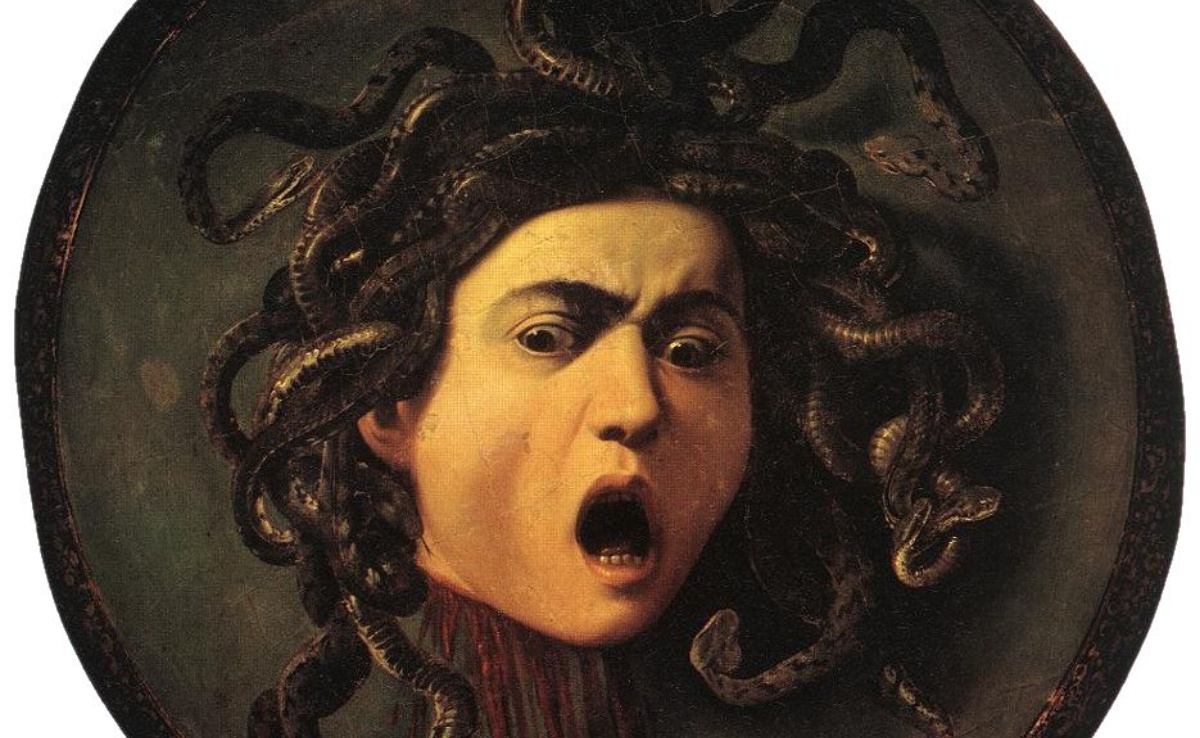 Medusa was trending on Twitter in June because of an incredible statue image of Medusa sitting on her throne in all her glory. This reminded me of how her story, despite it being one where she gets decapitated, has been reclaimed as of late by feminist scholars. And rightly so.

Medusa thread which will be full of debate on this. Let’s go !

Since Ancient Greece, the snake-haired Gorgon has been a sexualized symbol of women’s rage. Men are trash even in ancient greece, we been knew. pic.twitter.com/u61VAuxhJ8

Greek mythology has long fascinated me, but I’m also intrigued by how the stories have changed and developed over time, as have interpretations of those stories. Different versions of a myth can grow in popularity, replacing others, and there ends up being no one singular “original” story. This is especially true with the character of Medusa, because while the feminist reclaimed version is the one many of us have come to know, it wasn’t always the way Medusa was written.

In Greek mythology, Medusa was a Gorgon, one of three monstrous sisters comprised of Medusa, Stheno, and Euryale. They were described as being “winged With snakes for hair” and having a “hatred of mortal man.”

Medusa is the only one who is mortal and that is why the “hero” Perseus is sent to slay her. While there were some hints at Medusa once being a beautiful woman, that narrative didn’t really get popular until the Roman poet Ovid wrote Metamorphoses, which contained 15 books and over 250 myths, including his version of the Medusa story.

“She was very lovely once, the hope of many
An envious suitor, and of all her beauties
Her hair most beautiful—at least I heard so
From one who claimed he had seen her. One day Neptune
Found her and raped her, in Minerva’s temple,
And the goddess turned away, and hid her eyes
Behind her shield, and, punishing the outrage
As it deserved, she changed her hair to serpents,
And even now, to frighten evil doers,
She carries on her breastplate metal vipers
To serve as awful warning of her vengeance.”

Another reminder that Minerva/Athena is not your feminist queen. In the new and annotated edition of Metamorphoses (highly recommend), it becomes clear that in the eyes of the Romans, Minerva’s wrath against a rape victim is seen as just, same as with Atalanta’s rape punishment (getting turned into a lion).

The story has always been heavily discussed by classics scholars because of the very gendered image of Perseus cutting Medusa’s head off and the castration anxiety that became very popular around any type of chopping in psychoanalysis, especially after Sigmund Freud’s “Das Medusenhaupt (Medusa’s Head)” was published in 1940 after his death.

In recent years, Medusa has been reformed into a tragic figure who was slut-shamed and victim blamed, simply because punishing a male god (Neptune/Poseidon) would have been considered unthinkable. It’s Medusa’s fault for being so beautiful. If humans weren’t so tempting then maybe most of the male gods wouldn’t be serial rapists.

The rebooted TV series Charmed just did an episode touching on this, and it was really powerful because of all the work done to reclaim the character by pop culture. As Elizabeth Johnston says in her 2016 piece “The Original ‘Nasty’ Woman” on Medusa:

“In Western culture, strong women have historically been imagined as threats requiring male conquest and control, and Medusa herself has long been the go-to figure for those seeking to demonize female authority.”

I remember finding out one day that the name Medusa means “protectress,” and it makes me wish that someone had been able to protect her. Thankfully, we have collectively realized that the person who deserves to have his head cut off is Neptune, and hopefully one day that revenge fiction will be brought to the big screen.