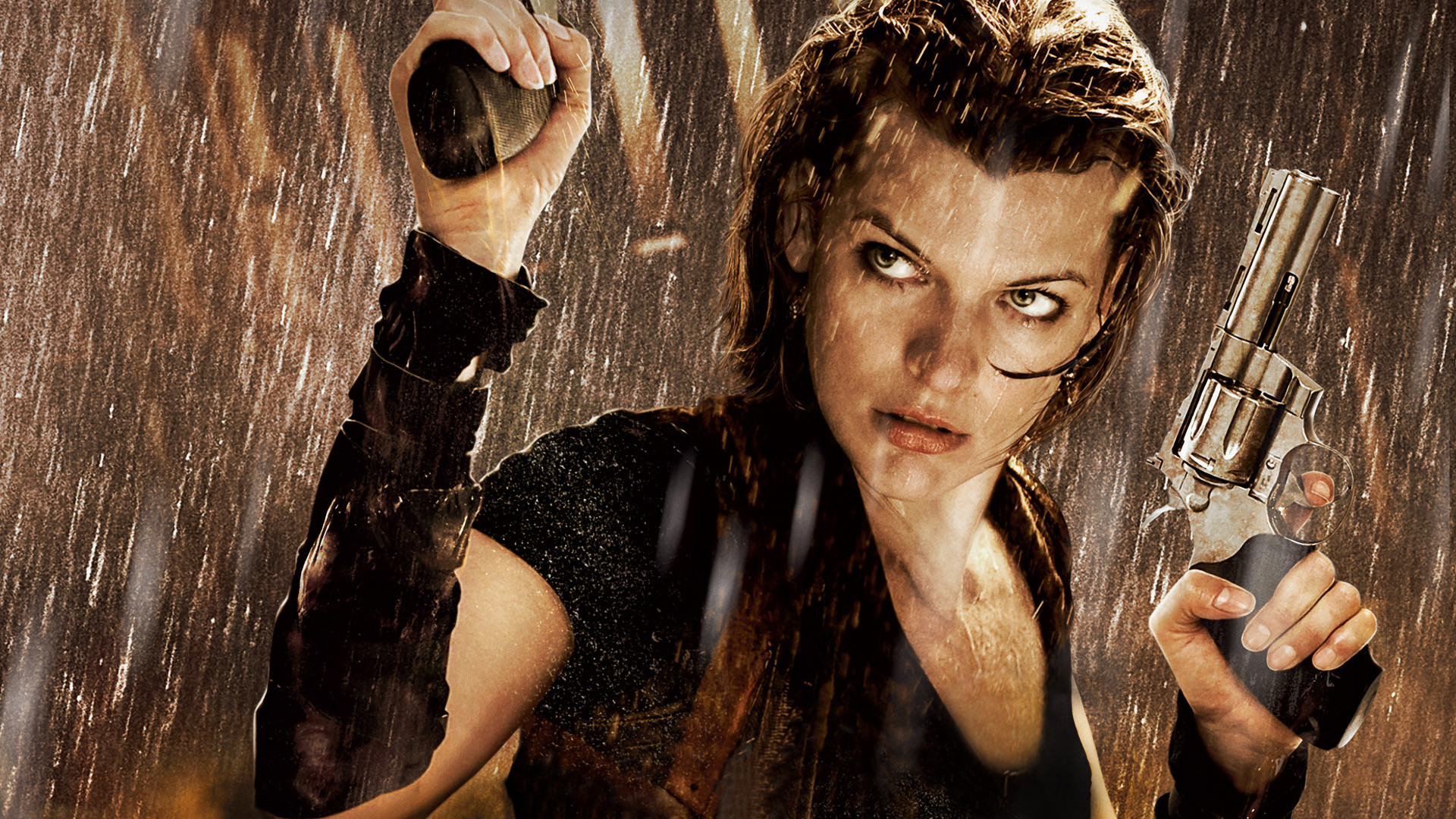 Resident Evil: Afterlife is a total of 97 minutes long, not including slow motion scenes. This presentation, the fourth Resident Evil in eight years, uses three dimensions; a stylistic shift inspired by a popular alien-related film of the time.

The film features the return of Mr. Paul Anderson as director, with Ms. Milla Jovovich again appearing in an acting role. One must admire this pair for their consistency, and indeed, for their business use of the otherwise underutilized marital contract. Yet, sadly, one cannot admire them for their commitment to accuracy–even a brief interview with a meat processing professional, such as myself, would have pointed out the numerous flaws in this production.

In fairness, these are not immediately apparent. We open with a scene that could have been taken from life, as a woman tears into a passing man’s throat with her teeth. Although the young lady in question has certainly chosen unsuitable shoes for the task at hand, her actions could come from any one of the people my reader passes on the street every day, with similar consequences. (Granted, humanity may lack the proper arrangement of teeth to make such an attack truly profitable. Though the attack’s success seems plausible, one may wonder why there are few, if not none, confirmed cases of death via this method, certainly compared to the staggering and intriguing problems that we know to be caused by human bites.)

Sadly, the film never again scales even these low peaks of credibility. The lead character, Alice, has apparently retained her abilities to warp reality to her whims. It has previously been established that a viral infection is the source of these abilities. Viral infection and transmission are of keen interest to the meat processing professional, and I may assure you that such a side-effect is a ludicrous implausibility.

The coordination of Ms. Jovovich’s many clones in the same sequence is equally baffling, given that they appear to have no means of staying in contact. But here at least Mr. Anderson seems to share these concerns, arranging for the aforesaid replicas to be destroyed as Mr. Albert Wesker, apparently CEO of the Umbrella Corporation, flees the building. Given the sad state of Umbrella’s experimental design, one would have many questions to ask such a figure, but sadly he will not reappear till the end of the production.

Instead, Mr. Anderson treats us to a cavalcade of nonsense inside a prison–including an entirely unnecessary fight in the facilities’ showers, in which the traditional, heavily armed and enlarged infected person is taken out in operatic style, despite the covering on his head rendering him clearly sightless, and thus a trivial adversary. The fact that this individual appears to have sourced a perfectly sized, attractive and functional axe in the midst of the complete breakdown of society also indicates that he may be hiding hidden talents.

On another note, the use of American currency for Ms. Jovovich’s ammunition, seemingly for no other reason than to provide a pleasing visual image, is wasteful in the extreme.

Eventually, the surviving characters leave the prison, and re-group on a large boat, which, alongside its own share of nonsense, contains the surviving Wesker. Joy that we have reached the final battle of this debacle is immediately tempered with despair, as it transpires that Mr. Wesker has contracted the viral infection that dogs the series, and has begun to change his physiological makeup in response.

Now, one is loathe to revisit remarks on the spontaneous appearance of tentacles–those that wish to suffer as I have may find my comments on the public record. The less said about the canines in this scene, the better.

What is new for this production is the addition of glowing red eyes–a skill that could easily be a gift of bacterial infection, and may even, conceivably, be a property of a suitably embellished virus. And yet, detracting from this visually pleasing and somewhat plausible development is Mr. Wesker’s apparent acquisition of the ability to shift through space, and his belief that by eating DNA one can gain the owner’s abilities. This is a patently ridiculous notion–I would ask Mr. Anderson to please, spare a thought for my valued customers, who would have long-ago transformed into the various ungulates and avians that we regularly consume.

At the end of this tunnel of a film, there is one, dull, light. The production ends with the characters, including Ms. Jovovich, apparently defeated. Perhaps the next installment will feature a new viewpoint, and a fresh chance at accuracy. One can only hope.

Afterword: The meat processing professional previously had the great honor of writing for The Toast. They are nothing if not a completionist, so despite the sad loss of that publication, they are grateful for the chance to continue their Resident Evil reviews at The Mary Sue. Previous installments can be found here.

Helen Craig lives in the UK, where she works in science engagement and wastes too much time online. She has a degree in the history of science and tweets @helenfcraig.