For All the Dudes Terrified of #MeToo Have Y’All Actually Learned Anything from It? 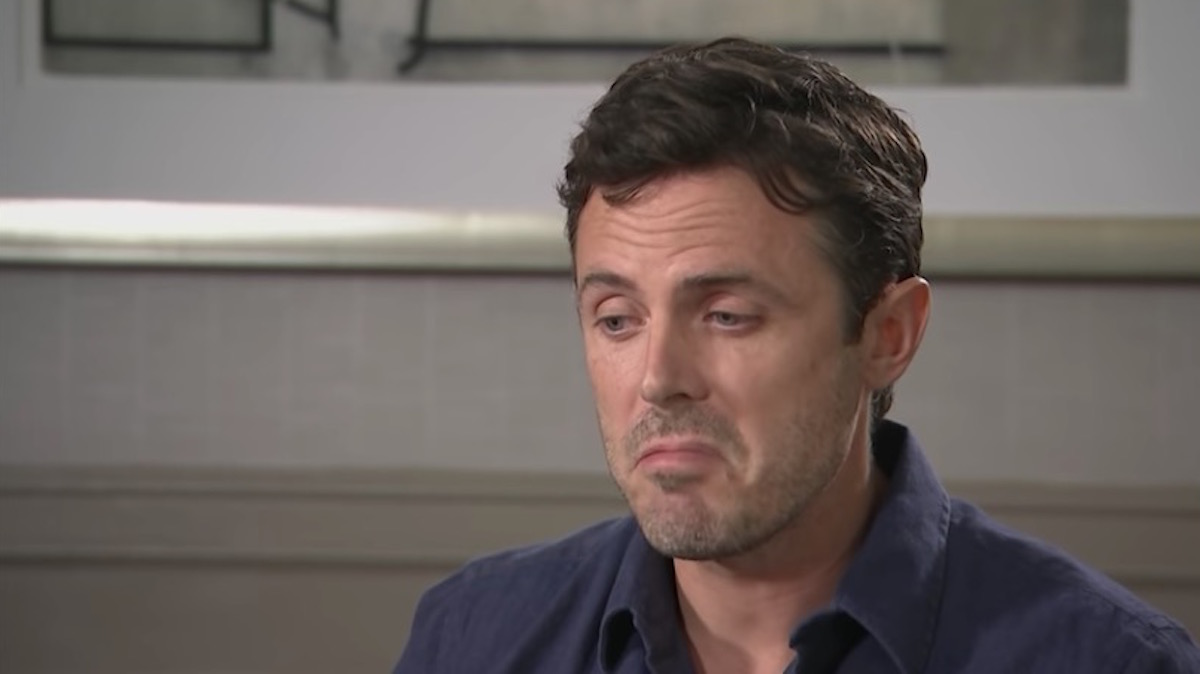 For all the people who have been worried that men brought up in #MeToo would be taken down without any due process, I hope that the recent events concerning Chris Hardwick and others have tempered that overwhelming concern. Where many thought the big take away from #MeToo would be that anyone can go, the real lesson has been that you can get accused of bad behavior and as long as you aren’t Harvey Weinstein you most likely won’t go to jail. Or be punished.

From Ryan Seacrest to James Franco to Aziz Ansari and many more. For the majority of those called out, being accused has been a temporary blip on their career. Still, for all the men and women who were afraid for these men, what lessons have you actually taken from #MeToo?

When people talk about entitlement to sex, we mocked and took apart the highly problematic article dealing with how sex robots would play a role in “taming incels.” Yet in the cases of Ansari and Hardwick, when the stories were talking about how they were using coercive means to get sex from their partners, the detractors would say “that is not sexual assault, that’s just a bad relationship/bad sex.”

This idea that being forced, manipulated, or pressured into sex is part of the relationship mambo is indicative of both the communication issues between men and women during sex, but also the way (some) women have developed a mentality of “well lemme just get this over with.” That should not be the mentality that women come into with sex and it is unhelpful for men to only have second thoughts about the way they attempted to get sex after the fact.

In “Dear Abby” today a question came in from an asexual woman who has a history of rape trauma, being pressured by her boyfriend for sex even though she is asexual: “He refuses to believe me and insists my ‘past relations have scarred me’ and that I ‘need to get over it.'” She talks about when she had sex with him for his birthday, she “froze up. I couldn’t make myself refuse — just as I didn’t consent — but he doesn’t seem to understand that.” Now “his birthday is coming up soon and he wants to have sex again, but like I’ve said, I DON’T. What am I supposed to do? I can’t force myself to feel lust. It isn’t there. Please help me.”

Putting to the side that this boyfriend doesn’t accept his partner’s asexuality (and before anyone starts you can still have romantic and even sometimes sexual relationships when you are ace. It is a spectrum of sexuality), or have any respect for her sexual trauma, the person asking the question is looking for a solution to please him.

Despite the fact that he is being disrespectful and is fine assaulting her to reach his own sexual needs while ignoring hers. He probably even feels, to a degree, that as her boyfriend she should want to have sex with him to make him happy and that this will “bring them closer” and if she really didn’t want to have sex with him she’d “just leave.”

Yet, studies and just knowing women in relationships will tell you that is not often the case. According to reports, up to 50 percent of all sexual coercions are done by intimate partners and around one-third of teenage girls say their first sexual experience was forced in some way. This can also hinder a woman’s ability to enjoy future sexual encounters.

Where so many have been concerned worrying about “due process” in cases where no criminal action was being brought against these men, what’s being ignored is learning to be in healthy relationships in the future. Or to be better sexual partners and learn more about communication and sexual entitlement.

The lessons of #MeToo are being missed out on, which leads to incidents like the harassment claims against a feminist NYU professor who allegedly harassed her male student. Instead of it being pointed out that she deserves backlash because it is inappropriate for her to be that way with a student, especially being one whom she is advising, it has turned into a back and forth about #MeToo. There is a passage in the NYT article that goes as follows:

Professor Ronell pointedly complained that Mr. Reitman had a penchant for “comparing me to the most egregious examples of predatory behaviors ascribable to Hollywood moguls who habitually go after starlets.”

You still abused your power!

Harvey Weinstein was the case that brought this issue to the forefront, but it doesn’t mean that the bar for talking about sexual harassment and misconduct needs to be at Weinstein levels in perpetuity.

All that #MeToo has been asking was for people, men, and women, to be held accountable. Accountability will look different depending on what they have been accused of. Yet the biggest level of accountability has to be personal accountability.

Learning from the past, growing from those mistakes and being better in the future, rather than just being paranoid about being called out by women looking for a “come up.” If you think pressuring your partner for sex is normal or “part of a relationship” then it’s time to question your relationships.