Let's make my no-eyebrow prince into the Sith he was destined to be. 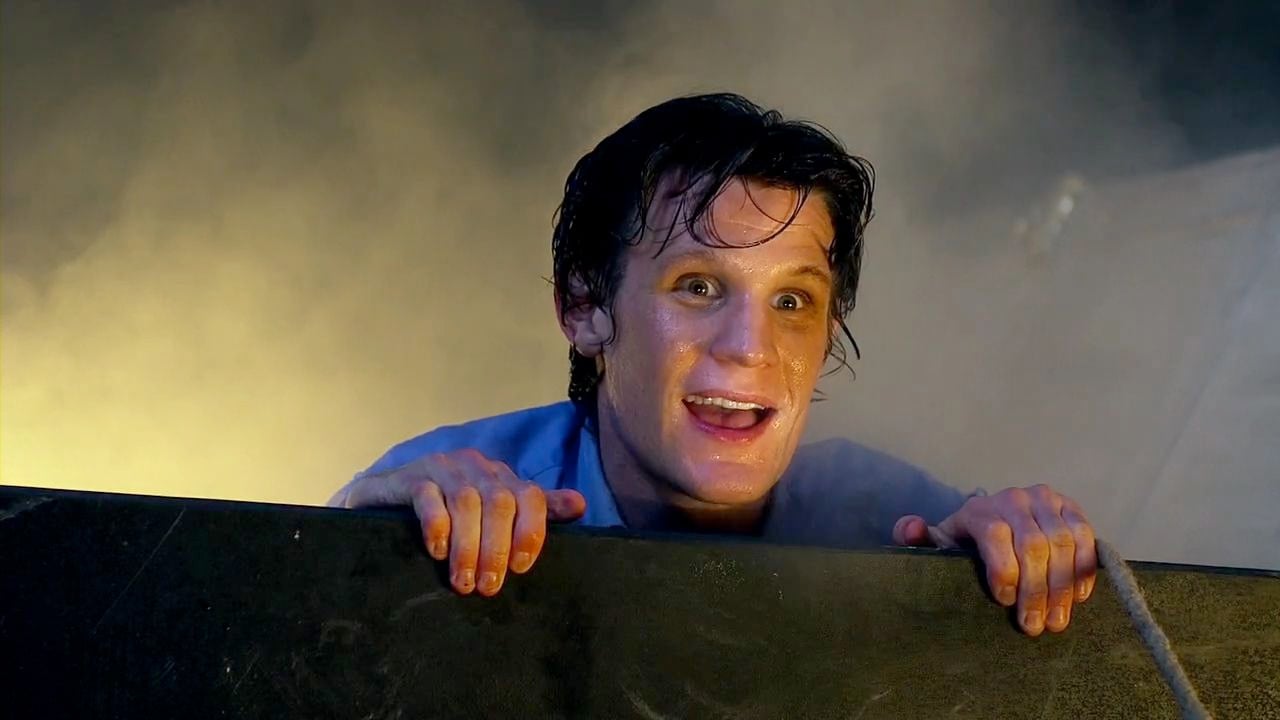 Am I the only one who is excited that Matt Smith is joining the cast of Star Wars: Episode IX? Maybe, but here’s what I’m most excited about: Matt Smith can finally play the rightful villain in something. For so long, he has been a lovable goofball who runs around space in a bowtie, or is married to the Queen of England, but what if Smith were cast to play a Sith lord?

As someone who has been attracted to Matt Smith from the start, I can also recognize that he has a very movie-villain look about him. No eyebrows, always hunched over a bit? He could wear all black and look as if he wanted to see the decline to the entire universe, and I’d believe it.

Imagine, if you will, Matt Smith standing next to Domnhall Gleeson as they both deal with a Kylo Ren flip-out. And unless he plans on looking grimy and as if he hasn’t eaten a good meal in years, I don’t really see him fitting into the role of someone who is part of the Resistance. (Then again, if he brings back his look from Womb, it could work to have him on the side of Poe and Finn.)

There’s so much untapped potential for Matt Smith if Disney lets him be the villain he would be if he were in America. He has the Michael Shannon potential, but we’re all still seeing him as the Eleventh Doctor, and it’s keeping him from really great roles.

Sure, the Sith lords are not usually that beloved, but here we are in 2018, and people are constantly dressing like Kylo Ren and Darth Vader at conventions. And that’s not even tapping into the world of fanfiction that exists for the Knight of Ren and even General Hux/Kylo. Throw Matt Smith into that mix, and you’re bound to have fan favorites.

There’s also the idea that the pale Englishmen are typically part of the Dark Side, with the exception of Obi-Wan Kenobi, so having Matt Smith play someone in Kylo Ren’s circle would follow the typical arc of the films. I hear there’s a new position open for Supreme Leader, and maybe Smith’s name will be on it.

Then again, even if he’s on the side of the Resistance, it’s going to be incredible having him in a Star Wars movie. At the very least, we can all pretend that the Doctor just got really into Star Wars and wanted to prove to Amy Pond that it was real and then he ended up in the thick of it all without realizingt. Just a bowtie-wearing Doctor flying into a battle against Kylo Ren with his police box. It’d be the crossover of all our dreams—the TARDIS versus the Silencer.