Welp, Thanks To Matt Gaetz for Ruining “Wagon Wheel” for Me 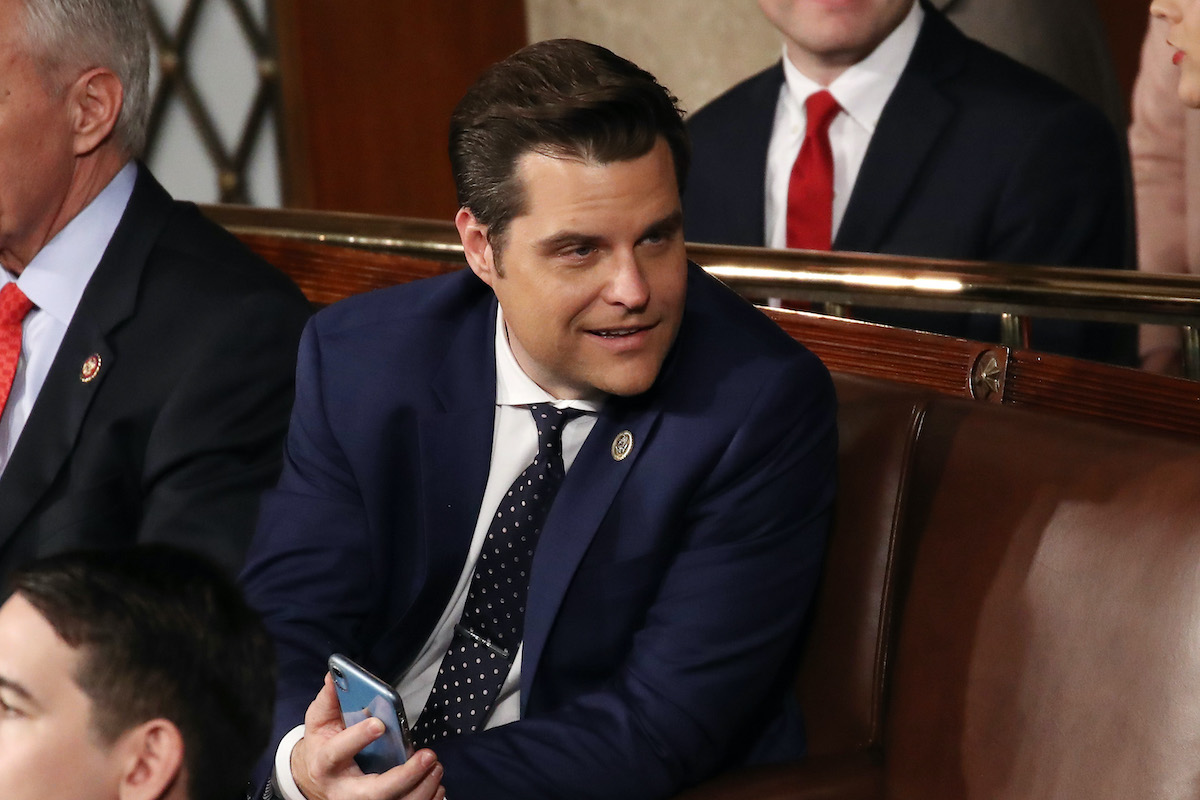 Another day, another example of Matt Gaetz being a complete tool. That—#MattGaetzIsaTool—was once again trending online Tuesday and honestly, it was a little hard to figure out the source, since looking at his Twitter account showed more than a few possibilities.

First, there’s this tweet highlighting how much more concerned he is about appearances during a global health pandemic than he is for keeping people safe:

Shutting down restaurants makes you look foolish, not compassionate.

Canceling Christmas makes you a Grinch, not a leader.

And he’s also been tweeting about nonexistent voter fraud.

If we continue to shine the light on election fraud and election irregularities, it could function as a deterrent to that type of bad behavior in the future. #GaetzTakeshttps://t.co/qIoV3OhE6U

But perhaps the tooliest thing he’s done recently was captured on video, showing him in what appears to be a small, fully enclosed room, having a jaunty maskless Christmas karaoke party.

Here’s Matt Gaetz in a confined space, indoors, maskless, gathering with others during the holidays — and being a jackass…pic.twitter.com/2dv4prow1w

In response to those criticizing (and mocking) the video, Gaetz tweeted that he has “relatively recently tested positive for antibodies,” so he’s “no risk to anyone.”

That explanation ignores a lot, though. We already know that Gaetz doesn’t feel the need to lead by example when it comes to safety precautions or pretty much anything else, but having a wacky maskless holiday party while so many are stuck inside alone and fearing for the safety of their loved ones is just incredibly callous behavior.

Also, I don’t know if Scientist Matt has checked in with the CDC recently but they still don’t know how long antibodies last (he first reported testing positive for antibodies nearly two months ago), and they also are believed to carry only “some immunity.”

The Mayo Clinic writes that “there’s a lack of evidence on whether having antibodies means you’re protected against reinfection with COVID-19. The level of immunity and how long immunity lasts are not yet known. Ongoing studies will eventually reveal more data on this.”

Plus, what about the rest of the people in that room? Have they also tested positive for antibodies? This is just an all-around bad look for anyone, let alone a sitting member of Congress.

I have such an unironic love for “Wagon Wheel”—that Old Crow Medicine Show song Gaetz is butchering in that video. It is a twangy bop and it always makes me smile when I hear it. But I worry that it will be a long time before I don’t associate it with Matt Gaetz being a total reckless, obnoxious tool.

So screw you, Matt Gaetz for being a walking public health threat. And screw you double for ruining “Wagon Wheel” for me.