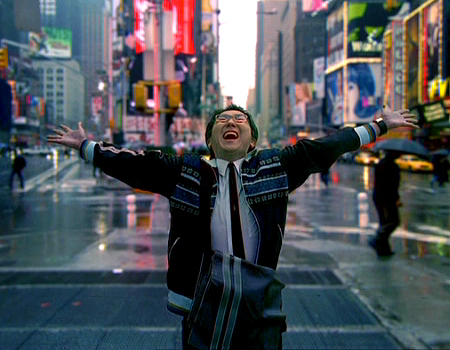 Remember that new Heroes series with Zachary Levi that is totally happening? Right, yeah – that’s still a thing. If you weren’t quite sold on the show resurrection, you might be excited to learn that original Heroes star Masi Oka will be returning for the new show.

“I’m excited to return to my Heroes roots,” Oka told Deadline. “Hiro Nakamura was such an inspirational role to play, and I’m hoping the fans will enjoy seeing him back on TV.” Creator Tim Kring added that the production team hopes that fans will enjoy seeing one of their favorite characters “back in action.”

Oka has been great lately on CBS’s Hawaii Five-0 as loveable nerd Max, but it’s been so long since we’ve seen him utter a gleeful “Yatta!” that I can’t help but be just a little excited. Here’s hoping the new series doesn’t run its characters and their storylines into the ground like last time.