Once More Unto the Breach, Dear Friends: The Mass Effect 3 Extended Cut Will Be Here On June 26

Imagine that you have an ex that you’re still pretty smitten kitten over. They screwed up, and you know you’ve done the right thing by trying to move on, but you still go all weak in the knees when that song you shared comes on. A few months along, just as you’re feeling like life can be okay without them, they call you, out of the blue. They want to meet. Right now. They’re going to make it up to you, they say. Things are going to be different from here on out.

Now you know how I felt twenty minutes ago when I saw the announcement that the Mass Effect 3 Extended Cut will be released on June 26 in North America, and July 4 in Europe.

So here’s what we know: the Extended Cut is totally free, can be downloaded through Xbox LIVE, Origin, and the PlayStation Network, and…okay, that’s all anybody knows at this point. As for the content, the official announcement has this to say:

The Extended Cut expands on the endings of Mass Effect 3 through additional scenes and epilogue sequences. It provides more of the answers and closure that players have been asking for. It gives a sense of what the future holds as a result of the decisions made throughout the series. And it shows greater detail in the successes or failures based on how players achieved their endings.

In other words, nobody outside of BioWare knows yet. However, the announcement also has an audio interview with executive producer Casey Hudson and lead writer Mac Walters, in which they mention that their understanding of the ending did not involve all your friends and allies starving to death and dying alone, so hopefully at least that will be cleared up (they also made a few interesting, positive comments about how important fan feedback is to their creative process). Oh, and whatever the Extended Cut holds, making it involved a really big chart. 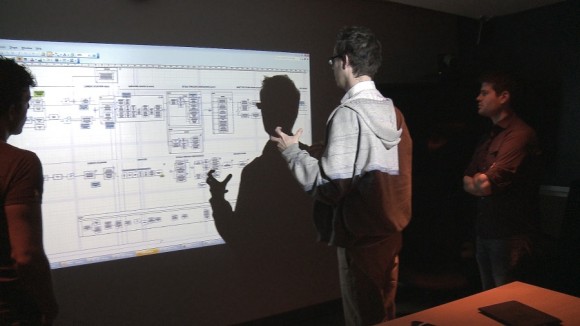 The announcement also states that in order to “experience” the extended cut, the player needs to load a saved game from before the attack on the Cerberus base. If you’re like me, you are now asking, “But what about my Effective Military Strength score?! I haven’t played multiplayer in months!” BioWare Community Coordinator Chris Priestly has you covered.

The original experience of the game was meant to reward players who did extra work (multiplayer, importing a save, playing the iOS games, etc) with greater levels of success in the end, which is appropriate to a story about a war that needs every possible advantage in order to win. But now that we are moving to a post-launch period and have additional content for the endings, we wanted to make it easier for all players to experience even the best-cast endings. Playing multiplayer is just one component is a sea of variables that can affect your ending. If you don’t play MP, you have to find other ways raise to raise your EMS before attempting to retake Earth, including a comprehensive single player play through. Likewise if you suffered some blows to your EMS prior to assaulting Earth, MP is a great way to raise your score high enough for the final assault.

Correct me if I’m wrong, but that sounds an awful lot like multiplayer is no longer necessary for getting the magical EMS score of 5000 needed to unlock all possible endings. I left no quest unfinished in my original playthrough, but I may still put in a few hours of multiplayer this weekend, just to be on the safe side.