Maryam Mirzakhani, the First Woman Honored with The Fields Medal, Has Died at the Age of 40 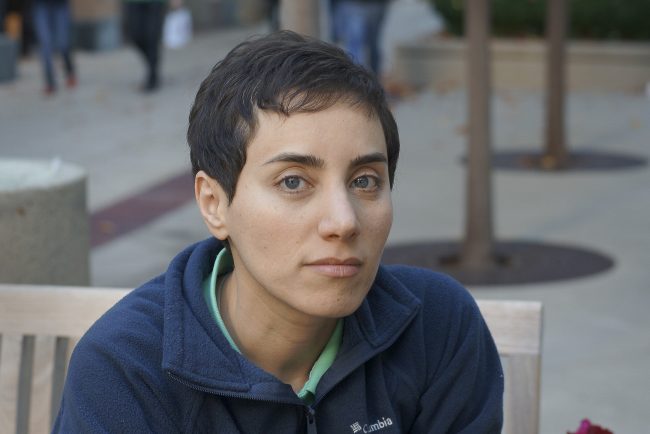 Maryam Mirzakhani, the first woman and first Iranian to be awarded the Fields Medal, has passed away at the age of 40 from breast cancer. The Fields Medal is one of the most prestigious awards in mathematics, given every four years to a mathematician under the age of 40 in recognition of their “outstanding mathematical achievement for existing work and for the promise of future achievement.”

Mirzakhani became the first and currently only woman recipient in 2014, when she was recognized “for her outstanding contributions to the dynamics and geometry of Riemann surfaces and their moduli spaces.” In layman’s terms, Mirzakhani studies some aspects of mathematics that are inspired by the “three-body problem” – the problem that, as Slate‘s Jordan Ellenberg describes it, “the dynamics of three objects in space (let alone the uncounted billions of hunks of mass making up the rest of the universe) are not described by any simple formula, despite the simplicity of the physical laws that govern them.”

I’d encourage you to read Stanford’s full write-up of her achievements and her tenacious, “slow math,” doodle-in-the-margins work style.

While in high school, Mirzakhani became the first female Iranian to win a gold medal in the 1994 International Mathematical Olympiad, before going on to become the first Iranian to achieve a perfect score and win two gold medals at the 1995 Olympiad. She earned her BSc in mathematics at Tehran’s Sharif University before going on to earn her PhD at Harvard University in 2004. She became a professor at Stanford University in 2008.

I don’t want to cheaply politicize Mirzakhani’s death, but it’s worth pointing out that she immigrated to the U.S. from Iran – a country which is currently on Trump’s travel ban list. Had she too been banned from attending Harvard University, or had immigration restrictions prevented her from taking a job at Stanford, the U.S. never would have benefited from her remarkable mind, creativity, and hard work.

“Maryam embodied what being a mathematician or scientist is all about,” said her fellow Stanford professor Ralph L. Cohen, “the attempt to solve a problem that hadn’t been solved before, or to understand something that hadn’t been understood before. This is driven by a deep intellectual curiosity, and there is great joy and satisfaction with every bit of success. Maryam had one of the great intellects of our time, and she was a wonderful person. She will be tremendously missed.”

(Via BBC News, Slate, and Stanford; image via Stanford News)