The Mary Sue Book Club: July Edition—It’s Cancer & Leo Season, so Get Ready for Those Emotions 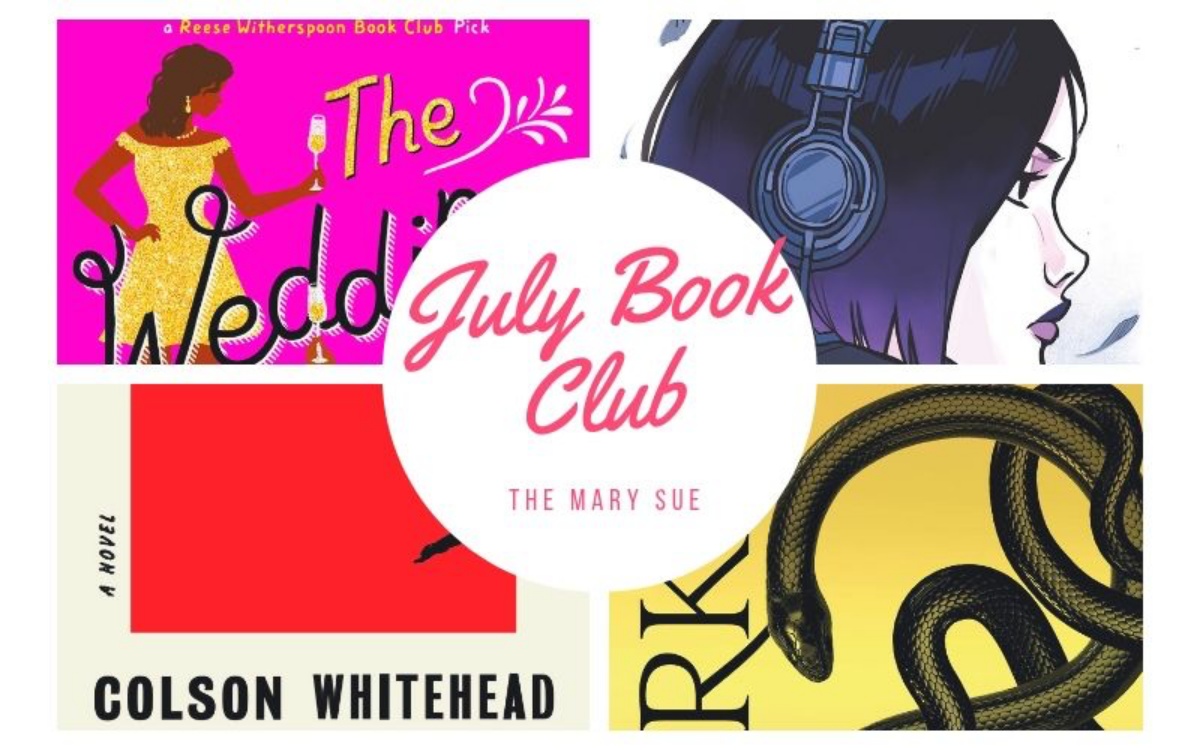 “There comes a time when people get tired of being pushed out of the glittering sunlight of life’s July and left standing amid the piercing chill of an alpine November” —Martin Luther King Jr.

Summer is really here, and with it, the realization that summer is more than half over. Where does the time go? Still, it doesn’t mean we have stopped reading. No matter if you are beach-reading, commute-reading, or eagerly waiting for the next book in a long-running series, there’s so much to read; we are facing an abundance of riches. Here are some of the books we are hype about for the month.

First, we had a vote, and our readers decided that the fan pick for July is … 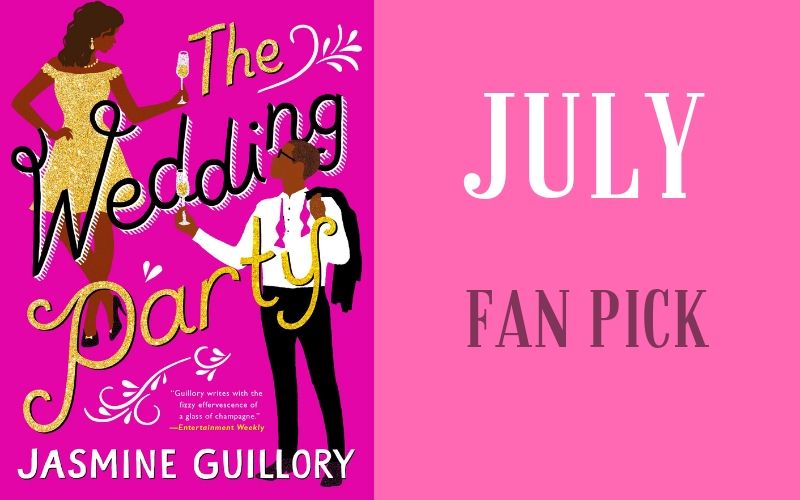 The Wedding Party! An excellent choice. Plus, for those audiobook fans listen to it on the go here!

(1) The Wedding Party by Jasmine Guillory:

“Maddie and Theo have two things in common:

1. Alexa is their best friend
2. They hate each other

After an “oops, we made a mistake” night together, neither one can stop thinking about the other. With Alexa’s wedding rapidly approaching, Maddie and Theo both share bridal party responsibilities that require more interaction with each other than they’re comfortable with. Underneath the sharp barbs they toss at each other is a simmering attraction that won’t fade. It builds until they find themselves sneaking off together to release some tension when Alexa isn’t looking, agreeing they would end it once the wedding is over. When it’s suddenly pushed up and they only have a few months left of secret rendezvouses, they find themselves regretting that the end is near. Two people this different can’t possibly have a connection other than the purely physical, right?

But as with any engagement with a nemesis, there are unspoken rules that must be abided by. First and foremost, don’t fall in love.” 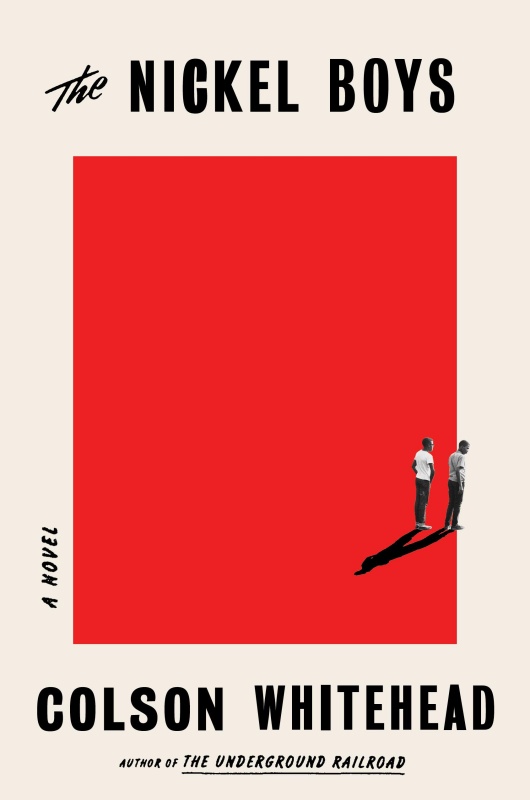 (2) The Nickel Boys: A Novel by Colson Whitehead:

“As the Civil Rights movement begins to reach the black enclave of Frenchtown in segregated Tallahassee, Elwood Curtis takes the words of Dr. Martin Luther King to heart: He is “as good as anyone.” Abandoned by his parents, but kept on the straight and narrow by his grandmother, Elwood is about to enroll in the local black college. But for a black boy in the Jim Crow South of the early 1960s, one innocent mistake is enough to destroy the future. Elwood is sentenced to a juvenile reformatory called the Nickel Academy, whose mission statement says it provides “physical, intellectual and moral training” so the delinquent boys in their charge can become “honorable and honest men.”

In reality, the Nickel Academy is a grotesque chamber of horrors where the sadistic staff beats and sexually abuses the students, corrupt officials and locals steal food and supplies, and any boy who resists is likely to disappear “out back.” Stunned to find himself in such a vicious environment, Elwood tries to hold onto Dr. King’s ringing assertion “Throw us in jail and we will still love you.” His friend Turner thinks Elwood is worse than naive, that the world is crooked, and that the only way to survive is to scheme and avoid trouble.

The tension between Elwood’s ideals and Turner’s skepticism leads to a decision whose repercussions will echo down the decades. Formed in the crucible of the evils Jim Crow wrought, the boys’ fates will be determined by what they endured at the Nickel Academy.
Based on the real story of a reform school in Florida that operated for one hundred and eleven years and warped the lives of thousands of children, The Nickel Boys is a devastating, driven narrative that showcases a great American novelist writing at the height of his powers.” 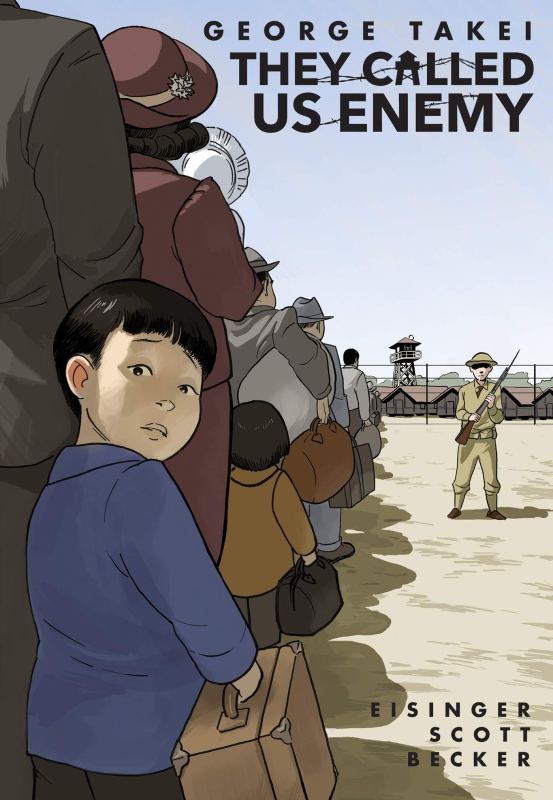 (3) They Called Us Enemy by George Takei and Justin Eisinger:

“George Takei has captured hearts and minds worldwide with his captivating stage presence and outspoken commitment to equal rights. But long before he braved new frontiers in Star Trek, he woke up as a four-year-old boy to find his own birth country at war with his father’s — and their entire family forced from their home into an uncertain future.

In 1942, at the order of President Franklin D. Roosevelt, every person of Japanese descent on the west coast was rounded up and shipped to one of ten “relocation centers,” hundreds or thousands of miles from home, where they would be held for years under armed guard.

They Called Us Enemy is Takei’s firsthand account of those years behind barbed wire, the joys and terrors of growing up under legalized racism, his mother’s hard choices, his father’s faith in democracy, and the way those experiences planted the seeds for his astonishing future.

What does it mean to be American? Who gets to decide? When the world is against you, what can one person do? To answer these questions, George Takei joins co-writers Justin Eisinger & Steven Scott and artist Harmony Becker for the journey of a lifetime.” 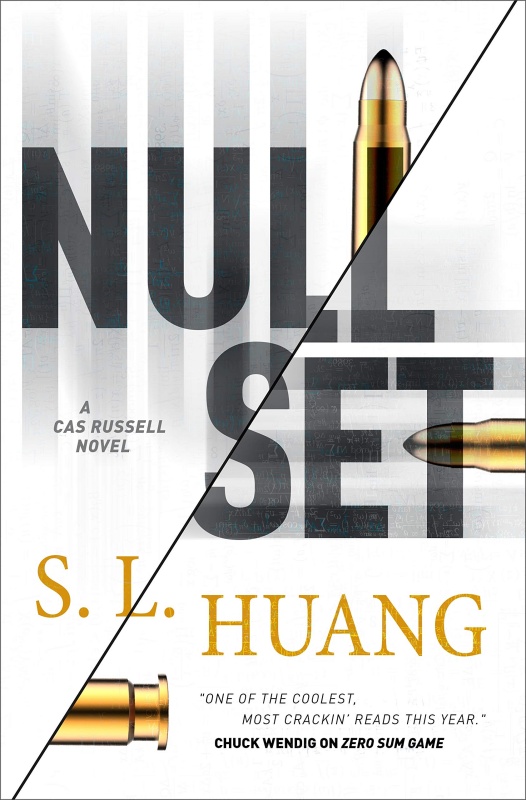 “Math-genius mercenary Cas Russell has decided to Fight Crime(tm). After all, with her extraordinary mathematical ability, she can neuter bombs or out-shoot an army. And the recent outbreak of violence in the world’s cities is Cas’s fault―she’s the one who crushed the organization of telepaths keeping the world’s worst offenders under control.

But Cas’s own power also has a history, one she can’t remember―or control. One that’s creeping into her mind and fracturing her sanity…just when she’s gotten herself on the hit list of every crime lord on the West Coast. And her best, only, sociopathic friend. Cas won’t be able to save the world. She might not even be able to save herself.” 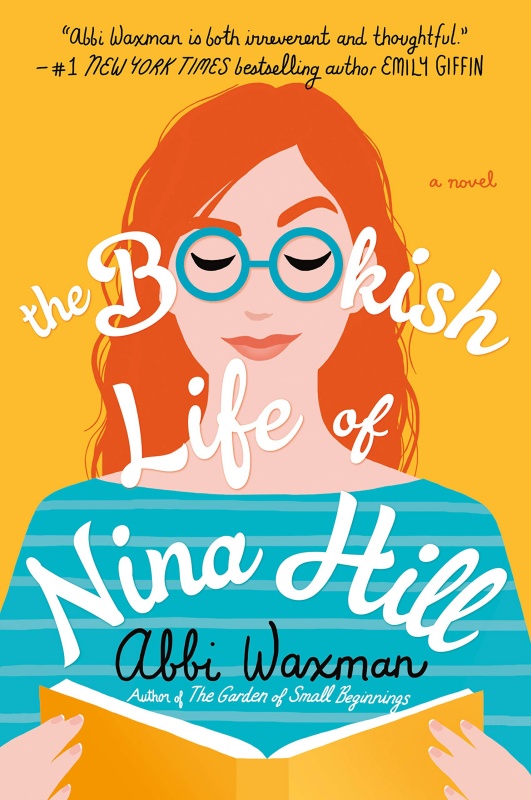 (5) The Bookish Life of Nina Hill by Abbi Waxman:

“The only child of a single mother, Nina has her life just as she wants it: a job in a bookstore, a kick-butt trivia team, a world-class planner and a cat named Phil. If she sometimes suspects there might be more to life than reading, she just shrugs and picks up a new book.

When the father Nina never knew existed suddenly dies, leaving behind innumerable sisters, brothers, nieces, and nephews, Nina is horrified. They all live close by! They’re all—or mostly all—excited to meet her! She’ll have to Speak. To. Strangers. It’s a disaster! And as if that wasn’t enough, Tom, her trivia nemesis, has turned out to be cute, funny, and deeply interested in getting to know her. Doesn’t he realize what a terrible idea that is?

Nina considers her options.
1. Completely change her name and appearance. (Too drastic, plus she likes her hair.)
2. Flee to a deserted island. (Hard pass, see: coffee).
3. Hide in a corner of her apartment and rock back and forth. (Already doing it.)

It’s time for Nina to come out of her comfortable shell, but she isn’t convinced real life could ever live up to fiction. It’s going to take a brand-new family, a persistent suitor, and the combined effects of ice cream and trivia to make her turn her own fresh page.” 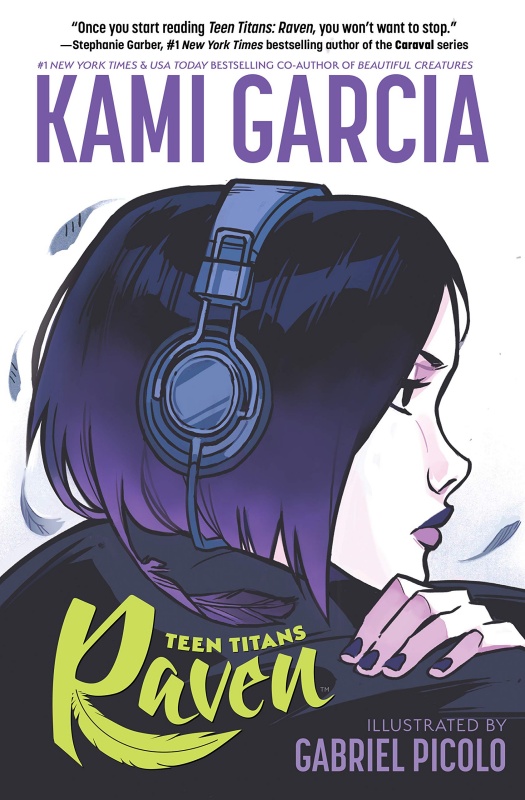 “Starting over isn’t easy. Raven remembers everyday stuff like how to solve math equations and make pasta, but she can’t remember her favorite song or who she was before the accident. And when impossible things start happening, Raven begins to think it might even be better not to know who she was before.

But as she grows closer to her new friends, her foster sister, Max, and Tommy Torres, a guy who accepts her for who she is now, Raven has to decide if she’s ready to face what’s buried in the past…and the darkness building inside her. 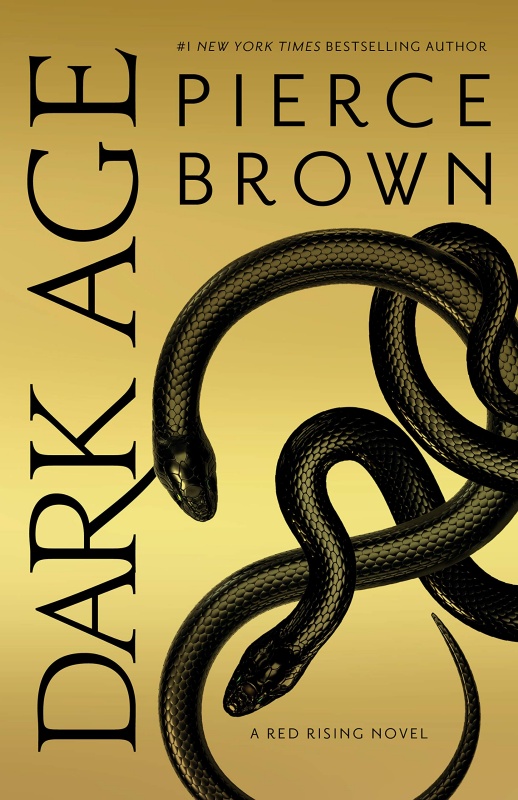 A decade ago Darrow led a revolution, and laid the foundations for a new world. Now he’s an outlaw.

Cast out of the very Republic he founded, with half his fleet destroyed, he wages a rogue war on Mercury. Outnumbered and outgunned, is he still the hero who broke the chains? Or will he become the very evil he fought to destroy?

In his darkening shadow, a new hero rises.

Lysander au Lune, the displaced heir to the old empire, has returned to bridge the divide between the Golds of the Rim and Core. If united, their combined might may prove fatal to the fledgling Republic.

On Luna, the embattled Sovereign of the Republic, Virginia au Augustus, fights to preserve her precious demokracy and her exiled husband. But one may cost her the other, and her son is not yet returned.

Abducted by enemy agents, Pax au Augustus must trust in a Gray thief, Ephraim, for his salvation.

Far across the void, Lyria, a Red refugee accused of treason, makes a desperate bid for freedom with the help of two unlikely new allies.

Fear dims the hopes of the Rising, and as power is seized, lost, and reclaimed, the worlds spin on and on toward a new Dark Age.” 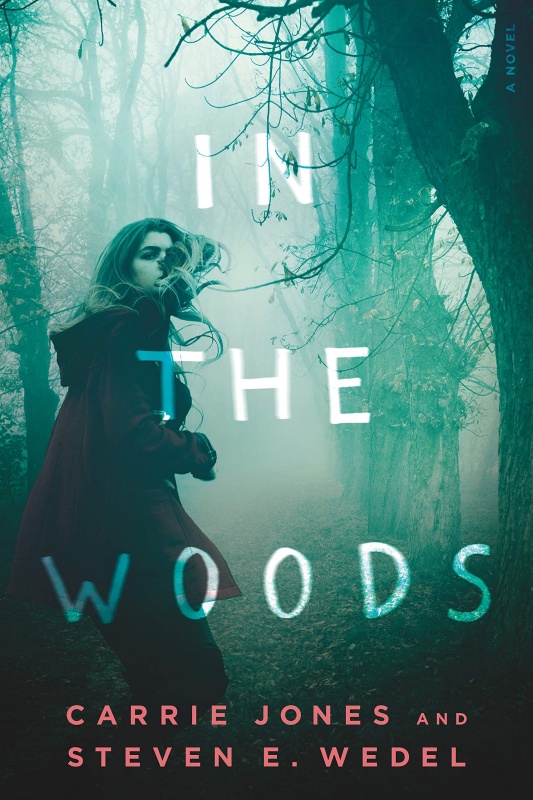 (8) In the Woods by Carrie Jones and Steven E. Wedel

“It should have been just another quiet night on the farm when Logan witnessed the attack, but it wasn’t.

Hundreds of miles away, Chrystal’s plans for summer in Manhattan are abruptly upended when her dad reads tabloid coverage of some kind of grisly incident in Oklahoma. When they arrive to investigate, they find a witness: a surprisingly good-looking farm boy.

As townsfolk start disappearing and the attacks get ever closer, Logan and Chrystal will have to find out the truth about whatever’s hiding in the woods…before they become targets themselves.”

What are you reading or looking forward to reading next?