Mary, Queen of Scots and Crafting a Narrative of Queendom 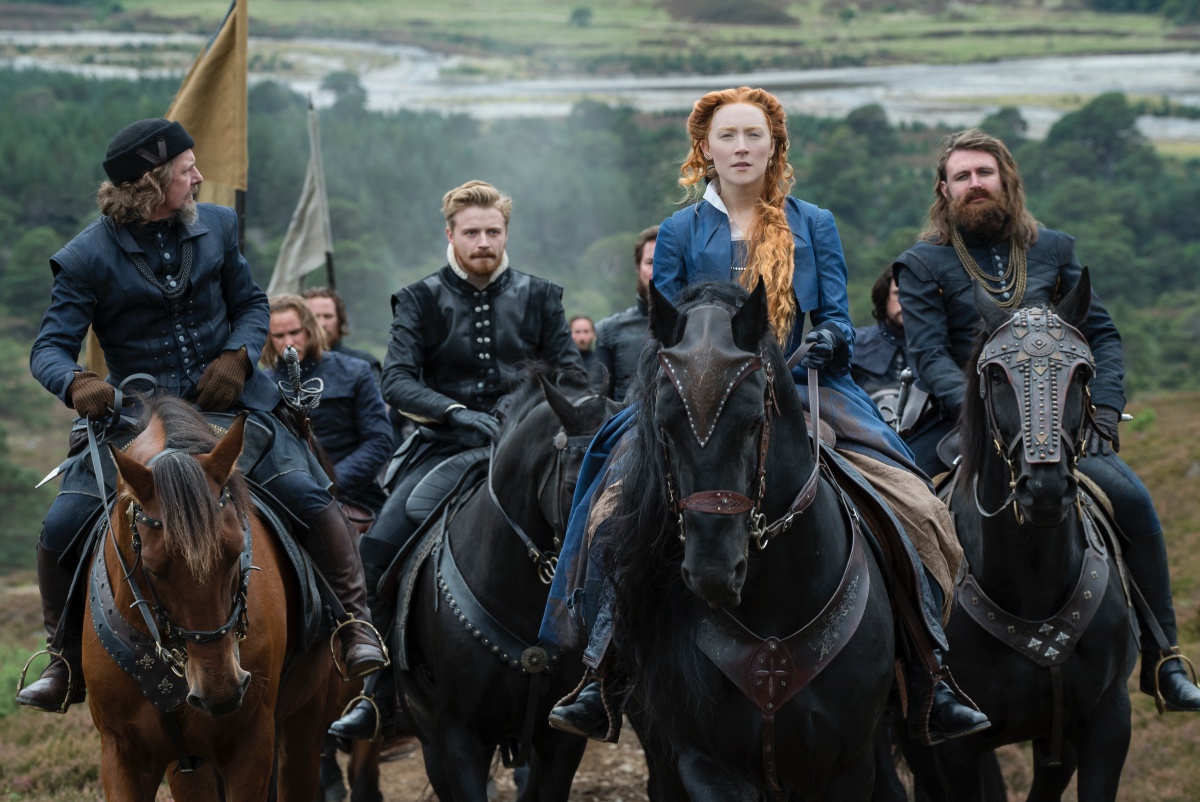 I find myself totally unable to review Mary, Queen of Scots because my brain cannot detach from the history that I’m familiar with.

As a film, Mary, Queen of Scots is extremely well made and concerns itself with exploring the difficulty of queendom in a time where even the most powerful women in the world could be undermined by less powerful men.

With diversity that feels natural and gay representation (which in my opinion is unfortunately put onto the wrong “characters”), the movie shows how historical period dramas can evolve past their genre’s long-established rules of white heteronormativity when the person behind the camera wants to do that.

Still, as I watched Mary, Queen of Scots, what came into focus is the way in which movies like this craft narratives of historical women through a “feminist” lens that makes more sense for modern artists approaching the topic than it makes sense for history. It can sometimes be disingenuous in how we then understand these actual women who once held power. They weren’t feminists in any way that we can conceive of simply for existing in an authoritative position.

“The devil go with it! It will end as it began. It came from a woman, and it will end in a woman.”  —King James V’s reaction to the birth of his daughter, Mary.

It is important to understand that neither Elizabeth I nor Mary, Queen of Scots should be viewed as a “feminist” queen. Not only is that an oversimplification, but neither woman did much to pursue the advancement of women’s education (oddly enough those sort of educational pursuits are usually the role of queen consorts, but that’s a whole other discussion), nor women’s place in politics.

They were simply women, who due to being born as non-bastards to kingdoms lacking in legitimate male heirs ascended to the throne. That isn’t to say it is insignificant that they are queens, but it is to point out that becoming a queen through hereditary means is not a merit-based system. You don’t earn being king or queen unless you actually fight for it and that is something neither of these ladies’ initial ascent came with.

October 1st, 1553 was the first time England had ever had an undisputed Queen of England with Mary I, the Spanish/English and Catholic half-sister of Elizabeth I. For all that has been said negative about Mary I, which I won’t get into the historical accuracy of it all here (but let’s just say there is a lot of misinformation about Mary’s reign), the fact that she allowed there to be a peaceful passing of power between herself and Elizabeth is what has allowed Queendom in England to be legitimate. Empress Matilda’s reign from 1141-1148 has been disputed because while her father declared her to be the heir, sexism is a mother and it led to the Civil War known as The Anarchy.

Despite the deep divide between Catholics and Protestants at the time, the peaceful transition between Mary and Elizabeth allowed both of their reigns to be seen as legitimate in England. That was until Mary, Queen of Scots came running into the picture—young, hot-blooded and ready to marry and bear those all-important heirs.

For those of you who have watched The Crown or Reign, both of those shows have made it clear that men are very fragile when it comes to being second to their wives. A lot of pouting, crying, “oh why can’t my children have my last name,” “give me a real title” blah-blah-blah. In the time of Mary QoS and Good Queen Bess, this was even worse because a husband was supposed to have full dominion over his wife and the fear was always if a woman is a queen and a woman’s natural place is serving her husband … will our country become controlled by some random dude?

“There shall be a perpetual memory that there were two queens in this isle at the same time, as united in inviolate amity as they are in blood and near lineage.” —Mary QoS to Mary Tudor after news of Mary’s coronation.

To go back quickly to Mary I for a moment, this is significant because one of the reasons why Mary I was like “I’m not marrying a commoner, I’m not my dad” was for this reason. Marrying her subject would be a weird conflict with a man who already would feel entitled to her person, which is why she wanted to do what most kings did and have an international marriage with Spain’s Phillip II. Problem was that people were very uncomfortable with having a foreign king because “what if he pushes a Spanish agenda on England” which is … oddly enough the same thing they say about any foreign consort, but you know #sexism.

While Elizabeth already had zero desire to marry in order to concentrate her power, this just illustrated why no matter who she married it was always going to be an issue because as a woman she was always going to be “naturally” seen as someone who should be submissive and essentially owned by her husband. So she took no husband.

Mary QoS did not have these hang-ups. And would she? She didn’t grow up with a very toxic family relationship with four step-mothers and two competing half-siblings and her father having her mother executed. Mary QoS was literally a queen since she was a baby and raised in the French court with the security of being a legitimate, mostly uncontested heir to the Scottish throne. She was crowned when she was just under a year old. So unlike Mary I and Elizabeth, whose futures were always uncertain, Mary QoS always knew she was a queen and no one questioned it.

“We be both of one blood, of one country and one island.” —MQoS to Elizabeth I

When telling the story of Mary Queen of Scots it becomes necessary to bring Elizabeth I into the narrative. Mary ends up spending the rest of her natural life under Elizabeth’s imprisonment and it is Elizabeth who eventually signs the death order. However, how the story of these two queens gets told often leads to messy and downright insulting character treatment for both of them.

In this iteration of Mary, Queen of Scots, Elizabeth becomes a pockmarked woman who is constantly wearing makeup to fight her aging and balding even though it’s clearly Margot Robbie and only Satan himself could make her look disgusting. Elizabeth I had smallpox but was left unmarked by it (Mary also had smallpox in her youth). Elizabeth’s tragic fate to never have children is given very dramatic visualizations in the film but excludes the one canonical event we know of where the birth of the future James I makes Elizabeth have a public meltdown.

Mary’s biggest problem as a monarch wasn’t just the fact that she was a woman; her mother, Marie of Guise, had ruled Scotland as regent for decades. The problem was that Mary was essentially a foreigner. She’d only spent five years in Scotland while her formative years and education were spent in the glamorous French Catholic court, mingling with the Italian court, and she had an entirely different concept of dynastic responsibility compared to the Scottish.

Mary was unprepared for the rising Protestant power the island nation was becoming. Elizabeth was every inch an English monarch, bred in its politics and often a victim of its changing winds. Nothing like being the daughter of a man who brutally killed two wives and divorced two others, while the country waffles back and forth between religious leaders to make you politically savvy.

This was why, quite frankly, it was so refreshing to see Queen Anne in The Favourite have her pain and her illness be at the forefront of the story. Highlighting these queens should not just be to highlight “strength” at the cost of character. It should highlight their humanity, what makes them figures worth revisiting.

Sadly, Mary, Queen of Scots ends right at the point where Mary is at her most compelling. Mary spends the remainder of her life imprisoned and trying to work plots in to get her throne back. She doesn’t go to death as a passive, apolitical figure. Till the end she worked for her freedom and it ultimately cost her her life.

As I pondered Mary, Queen of Scots, despite all the things that are technically good about it, I kept wishing we were telling different stories. There are so many queens, regents and consorts throughout history who are more interesting than Mary, Queen of Scots. She is compelling, but we also know so much about her and her story has been revisited so many times that there are few things that this story did that another story has not done.

If we want to tell complicated stories of powerful historical royal women it doesn’t always have to be white, heterosexual women all the time. There are too many stories lost to history to keep telling the same ones, no matter how beautiful they may look.