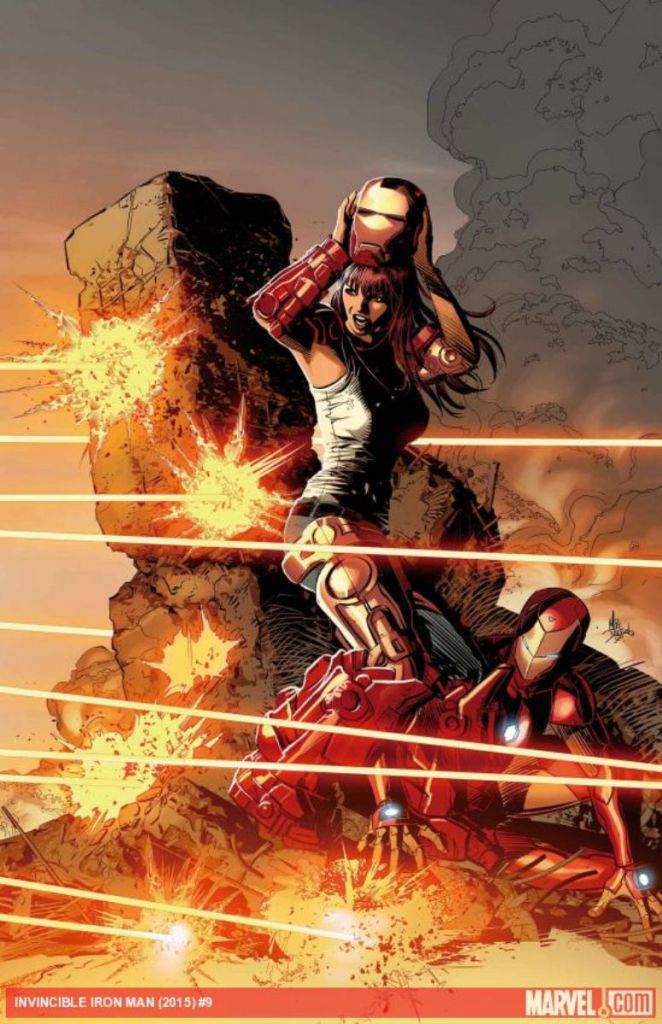 Judging by this Invincible Iron Man #9 cover, it seems that for at least a little bit, we’re going to get to see a very different someone taking on the Iron Man mantle. As you can see from the above cover, Mary Jane will apparently be donning the armor while an incapacitated (?) Tony Stark looks on from below.

At least, that’s what we’re hoping for. As Newsarama’s Chris Arrant pointed out, “covers aren’t always in-continuity to the main story, but this moment would seem [too] iconic for Marvel to bait-and-switch in the actual story.” The solicitation doesn’t provide any helpful info, either. It reads:

Tony and Rhodey are best friends on and off the battlefield but their friendship is tested in ways it never was before as the new power players in the Marvel Universe reveal themselves in a bloody and dangerous fashion that threatens everything they stand for. A Civil War II prologue story!

Here’s hoping that this is more than just a pretty cover, eh?

What say you? Is your interest piqued enough to pick up a copy of Invincible Iron Man #9?