Mary Anning and Charlotte Murchison: The Real Women of Ammonite 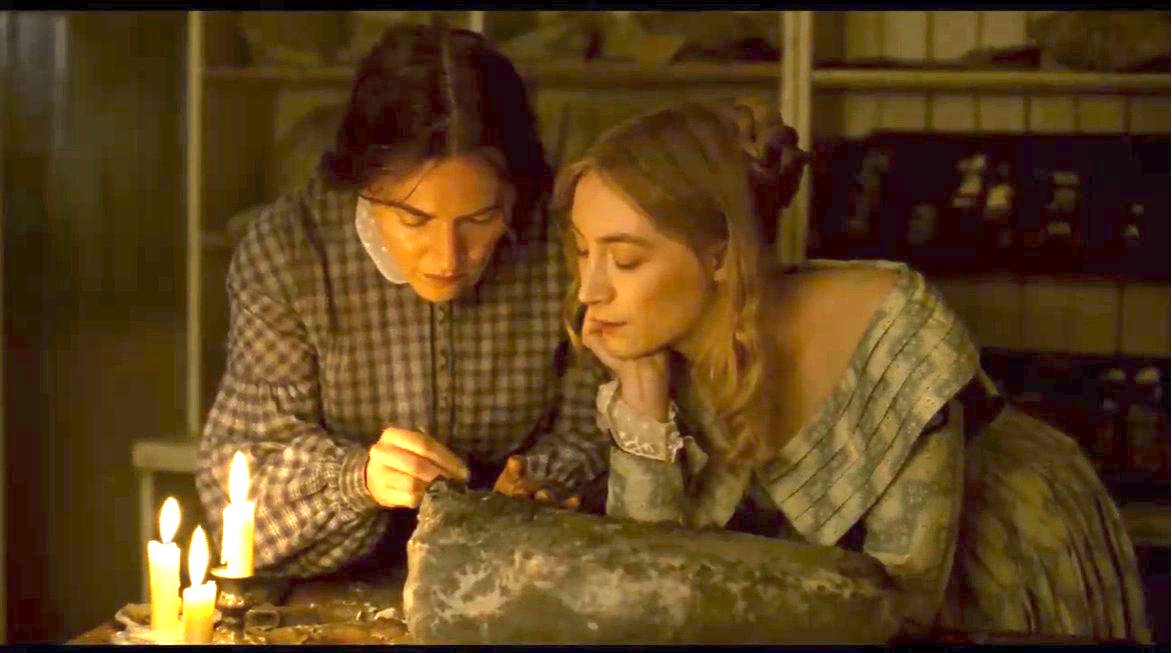 Actresses Kate Winslet and Saoirse Ronan will depict the real-life historical figures of Mary Anning and Charlotte Murchison in upcoming film Ammonite, from British director Francis Lee. Ammonite frames the relationship between Anning and Murchison as a star-crossed, Portrait of a Lady on Fire-style story, but what is the reality (as far as we know) of these two women?

Firstly, the age difference between Winslet and Ronan does not reflect the ages of the actual women. Winslet is nineteen years older than Ronan, but in real life, Anning was actually eleven years younger than Murchison. This is something people have already been commenting on because while, yes, all age differences were more normalized in ye olden days, with this story, it’s a choice—especially because Anning died at 47, which is only three years older than Winslet.

Let’s discuss Anning first. Anning is most notable for her discovery of Jurassic marine fossil beds along the English channel. Her findings were heavily important to the development of paleontology, and in 2010, she was officially included by The Royal Society as one of the ten British women who have most influenced the history of science.

According to them, her contributions “included the skeleton of the first ichthyosaur to be recognised and the first two plesiosaur skeletons ever found, the first pterosaur skeleton found outside of Germany, and some important fossil fish.” Due to being a woman, she often was not given the recognition she deserved. She died at the age of 43 from breast cancer and lived most of her life in near poverty.

Charlotte Murchison was married to geologist Roderick Impey Murchison and, unlike Anning, did come from a fairly well-off family. The Murchisons traveled the world together, and Charlotte was noted as being very accomplished in science, but especially geology. During their adventures, Charlotte became close friends with Mary Anning, which is what I’m guessing inspired this story (She was also close friends with Mary Somerville, but maybe that was just less sexy to people). It was also Charlotte’s desire for education that forced Charles Lyell, who gave geological lectures at King’s College, to open his lectures to both men and women.

From what I could find, Roderick did leave his wife with Anning, but it wasn’t because Charlotte was suffering from gay sadness; it was because they thought it would be an excellent learning experience for Charlotte. Afterward, they wrote to each other often, and in 1826 ,Anning stayed with the Murchisons when she visited London. At this point, Anning would have been around 30, and Charlotte in her 40s.

I bring this up not to poo-poo the film, because it does look lovely. However, as Nia Tucker put it in an article for Film Daze, discussing the issue with so much of lesbian media focusing on white female yearning: “we have a right to recognize that these narratives are popular because they have White women in the leading roles.”

With the added fact that these women were real, it adds a layer as to why certain factors of their lives must be altered to make them not just a queer couple, but a star-crossed queer couple, especially when there are so many women we know to be queer who have yet to make it to a mainstream audience.

None of this is to keep anyone from watching Ammonite (I’ll certainly check it out), but more to question why we keep seeing queer womanhood through a narrow white lens.