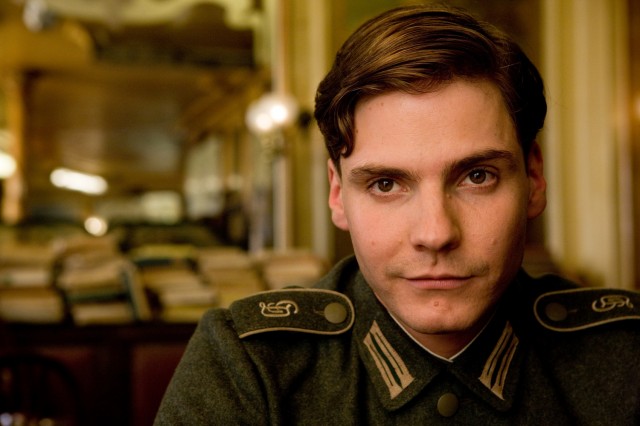 I was almost going to make a joke about how long we have until this movie comes out but then I realized I was thinking of the 2,372 other films Marvel has coming out in the next 20 years or so.

Daniel Brühl, who you may remember from Inglourious Basterds, The Fifth Estate, or Rush, has just been cast in Captain America: Civil War. It will be the first of Marvel’s announced Phase 3 films to be released.

“With Daniel’s ability to deliver intense, nuanced performances, we knew we had found yet another great actor to share the screen with some of our biggest heroes,” said Kevin Feige on Marvel.com.

Brühl will join Chris Evans, Robert Downey, Jr., and Chadwick Boseman (who we previously learned would play a role in the film before his solo outing as Black Panther) but Marvel isn’t giving any clues as to who he might play. I’m gonna guess villain. Any thoughts?