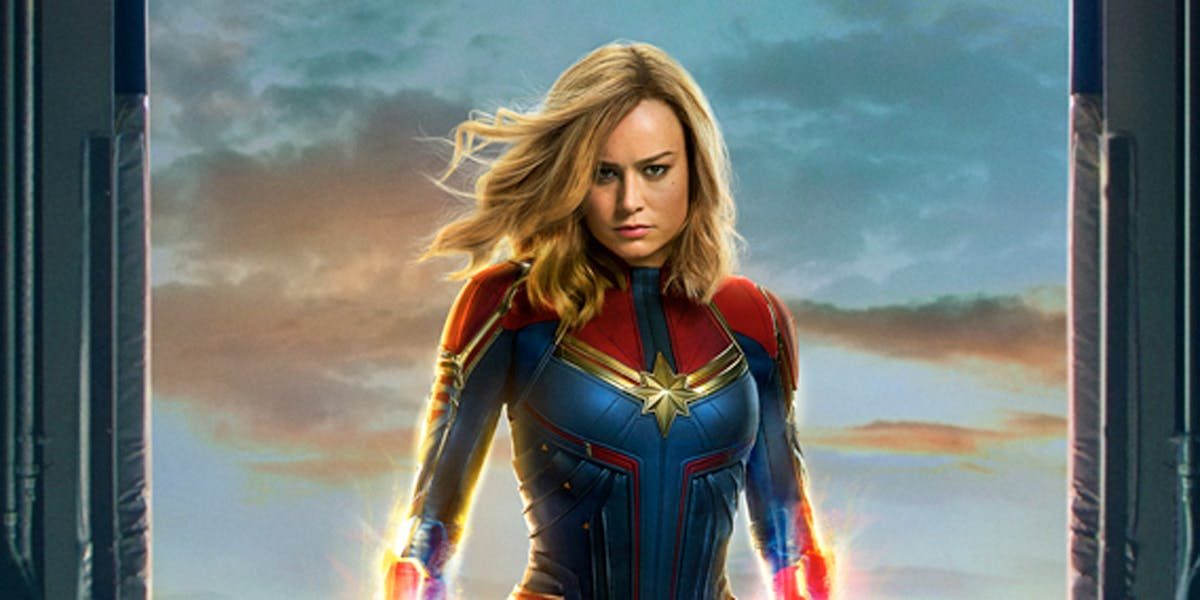 There’s a lot to love about superhero films: the stars, the powers, the VFX. but one of the best elements is by far the costuming choices. Superhero costumes come with their own unique set of challenges. They have to be custom-made, and the need to look good both in static poses and in action sequences. Costume design can make or break a film: like Ruth E. Carter’s Oscar-winning Afro-futurist looks in Black Panther, or Ryan Reynolds’ poorly conceived digital suit for Green Lantern.

Marvel Studios Director of Visual Development & Concept Artist Andy Park shared some of the secrets behind his latest collaboration: Carol Danvers’ suits in Captain Marvel. Park has become the go-to-guy for female character design, having worked on the looks of Black Widow, Scarlett Witch, Hela, Mantis, Nebula, and Wasp, in addition to Captain Marvel. And he wouldn’t have it any other way:

“My whole career has been very female-centric and I’m very proud of that. Growing up, my two favorite comic book characters were Iron Man and Rachel Summers — who is Phoenix (Jean Grey and Scott Summers’ daughter in an alternate universe). She was my favorite character because she’s so powerful. In the ’90s, my favorite TV show was Buffy, and for the first 10 years of my career — before becoming a concept artist — I was best known for drawing the Tomb Raider comic books. So, being able to work on the first co-lead female MCU superhero (Wasp) and also the first lead (Captain Marvel), is something I’m really proud and honored to have done.”

Park shared some of his favorite keyframes from the film, as well as his thought process behind the looks. There are so many details embedded in Carol’s costume that you might miss on the first look. Oh well, one more reason to watch it again!

Comic to Film: #CaptainMarvel My main inspiration when designing her for the film. Props to @McKelvie who did this awesome redesign back in 2012 for the amazing @kellysue series. I wanted to keep the spirit of this while being true to the story we’re telling in the film. pic.twitter.com/mEU03K8e54

Vers of StarForce! I did a bunch of designs that deviated more from her final hero look. But sticking to the hero costume w/diff colors was approved by #AnnaBoden @fleckryan1 This then became the basis for the rest of StarForce who were designed by @IanJoynerArt #CaptainMarvel pic.twitter.com/uyvmpAYoz3

This is one of my favorite keyframes I got to illustrate on the Captain Marvel. I love the stillness & quiet of this moment. I usually do more action type keyframes so it was nice to do this for a change. #CaptainMarvel #thanos #next @brielarson @MarvelStudios pic.twitter.com/tyM5xAiNvr

This starts good, but when the Skrull enters from the right doing Jason Sudeikis’ “What’s Up With That?” dance, it goes nuclear. pic.twitter.com/LL1HBxkTml

“Higher Further Faster Baby!” -Carol Danvers. OMG- what an amazing opening weekend- $153 million domestic $455 global! Thank you to everyone for the support of this movie. Everyone here at @marvelstudios has put their heart & soul into creating this new hero! This is an alternate version of the book cover I painted up showing her with her helmet on. Oh man did I love designing that helmet with a flamin’ mohawk! I think it’s because of my comic book background. #captainmarvel #avengers #caroldanvers #illustration #conceptdesign #conceptart #hero @brielarson #그림스타그램 #일러스트 #구림 #캡틴마블 #marvel #marvelstudios #congratulations