Dear Marvel, Please Avoid This Trope as WandaVision and the MCU Move Forward There’s been a popular theory about WandaVision that seems to have been proven true by the most recent episode; Wanda Maximoff herself is the one controlling the seemingly picture-perfect town of Westview. According to the episode, she appears to have gone so far as to trap about 3,000 people inside of it, giving them new names and forcing them to play along with the charade so she can live out her fantasy life with Vision (whose dead body she seems to be controlling, as well). And, well, I have some concerns about it.

The hero-turned-villain arc is a trope common not just in comics, but most media. It was bound to show up in the Marvel Cinematic Universe at some point, and it’s honestly surprising that it wasn’t really touched on until now save for instances like Bucky Barnes being brainwashed to become the Winter Soldier, or Loki being influenced by the Mind Stone to a degree in The Avengers (though the latter was never truly one of the “good guys” to begin with).

This marks the first time someone we’ve followed as a hero through several movies is now the main antagonist of a project (or protagonist, depending on how you look at it, similar to how Thanos can be considered the protagonist of Avengers: Infinity War).

WandaVision is tackling this trope in a new way from the aforementioned examples in that it doesn’t appear that Wanda is being directly affected by an outside source of power. Rather, based on her story in the MCU thus far and the comments from those working on WandaVision about the story centering on Wanda’s “mental health,” it’s likely that this whole sitcom world is essentially her coping mechanism for depression or grief.

This isn’t the first time we’ve seen mental health concerns play a role in the MCU. Iron Man 3 is the first time it comes to the forefront of things when we see Tony Stark have a flashback to the Battle of New York at a restaurant. JARVIS even straight up describes the situation as what it is: an anxiety attack. I felt a connection with Tony at that moment—in 2013, it was even less common than it is now for mental health to be a topic for the hero in any mainstream media, let alone one of the biggest movies of the year, so it was definitely a big moment for me as someone who deals with Generalized Anxiety Disorder—and it colored everything the character experienced in the MCU with a new light.

There are some instances in subsequent movies during which I felt things could have been handled slightly better than they were. At times, it felt like Tony’s anxiety and trauma wasn’t truly acknowledged as the reason behind some of his more misguided attempts to do the right thing, though sadly the other Avengers downplaying his fears is actually an all-too-common response that people who deal with similar issues in real life receive.

However, I do feel that Marvel ultimately wanted to show him in a positive light. I’m still kind of on the fence about him being killed off in the end, but I do like the idea of him being the one to take down his trauma instead of letting it do so to him. (He survives being stabbed by Thanos in Infinity War and “overcomes his demons” in a sense by being the one to snap him and his army away in Endgame.)

The other major instance of mental health being brought up in the MCU was with Thor in Endgame. While the word “depression” is never outright spoken in the film, it’s clear that this is what the God of Thunder is facing. This handling was also kind of a mixed bag, but I do think Marvel’s intentions were good. We have to deal with the fat jokes, which are definitely not cool, but the scene in which Thor discovers he is “still worthy” of summoning Mjolnir is a great way to show that dealing with depression, or any other mental health issue, doesn’t make someone less of a person who deserves the best in life. (Also, that scene was way more emotionally powerful and epic than Captain America wielding the hammer later on in the film. Fight me.)

Unlike Tony and Thor’s respective mental health journeys, Wanda’s actually has some history in the comics … and that’s a big part of why I’m concerned. She destroys the Avengers (even killing a few of them) in Avengers: Disassembled and creates her own little fantasy world so she can live in peace with her children in House of M. Unfortunately, she ends up turning the whole world upside down in order to achieve this, giving all the heroes what they wanted but causing a whole bunch of other problems as a result. Most of the characters don’t remember their original lives, and the event focuses on them trying to return things to how they were.

My biggest problem with House of M actually happens in the first of its eight issues, before the world is turned topsy-turvy. The heroes all have a meeting about how Wanda is “dangerous” … with one of the options considered for dealing with the situation being to straight-up murder her. (And some of them are actually in favor of this!)

Marvel Studios has taken much pride in the fact that they’re putting more diverse superheroes at the forefront of their stories and are tackling political issues related to things like race and gender head-on. It would be a shame for them to drop the ball so badly when dealing with a character facing mental illness like Wanda may be. There’s a way to show that Wanda is handling her grief and/or depression isn’t healthy (and feature some pretty epic battles in the process) without demonizing her.

This is one instance in which I’m glad Marvel doesn’t tend to simply rip things from the comics and plop them into the MCU without altering them to fit the narrative and the times. 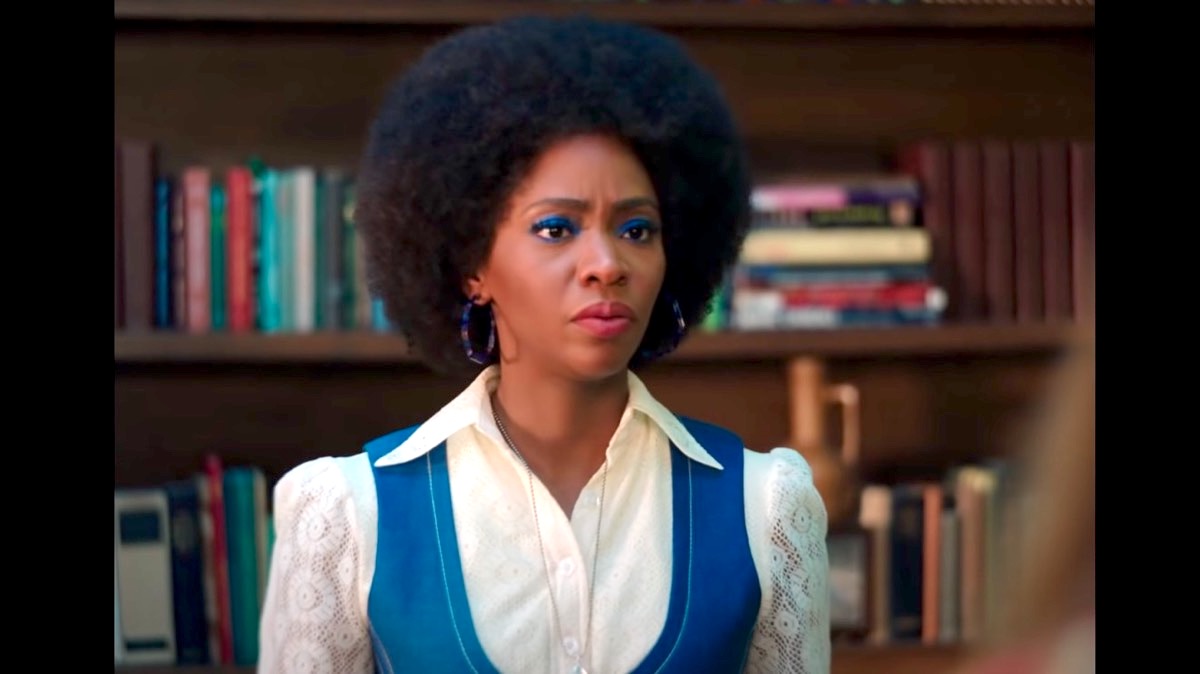 I will say that the inclusion of Monica Rambeau’s story arc in WandaVision gives me some hope that Marvel is aware that they’re dealing with a serious topic and want to present it in at least a somewhat positive manner by including an example of someone dealing with similar issues in a healthy way. Monica lost her mother around the same time Wanda lost Vision (in terms of lived experience it’s only been about three weeks for both of them), and they even share the parallel of finally believing their loved one would survive before having them swiftly ripped away: Monica having been told Maria’s cancer was in remission before being dusted and then being blipped back only to be told it returned and she died, vs. Shuri nearly being able to save Vision during the Battle of Wakanda only for him to be killed, twice, once by Wanda’s own hand.

Even if Wanda is portrayed as a negative example of how to deal with mental health struggles, I am begging Marvel not to all-out demonize her. I understand that stories take time to unfold and will try not to judge too quickly, but the key to a story like the one that appears to be playing out is to never let us believe Wanda is “beyond saving.” I never want to see the likes of Jimmy Woo, Darcy Lewis, or Stephen Strange (who tries to help Wanda in House of M and will definitely be interacting with her in the upcoming Doctor Strange and the Multiverse of Madness) just give up on Wanda, or determine she needs to be killed.

No matter how wild things get in Westview and beyond, we need to have the hope that Wanda Maximoff—and all of us who are watching—can overcome whatever she is facing, and hopefully return to helping protect others. And hopefully, we’ll see her do just that again down the line.