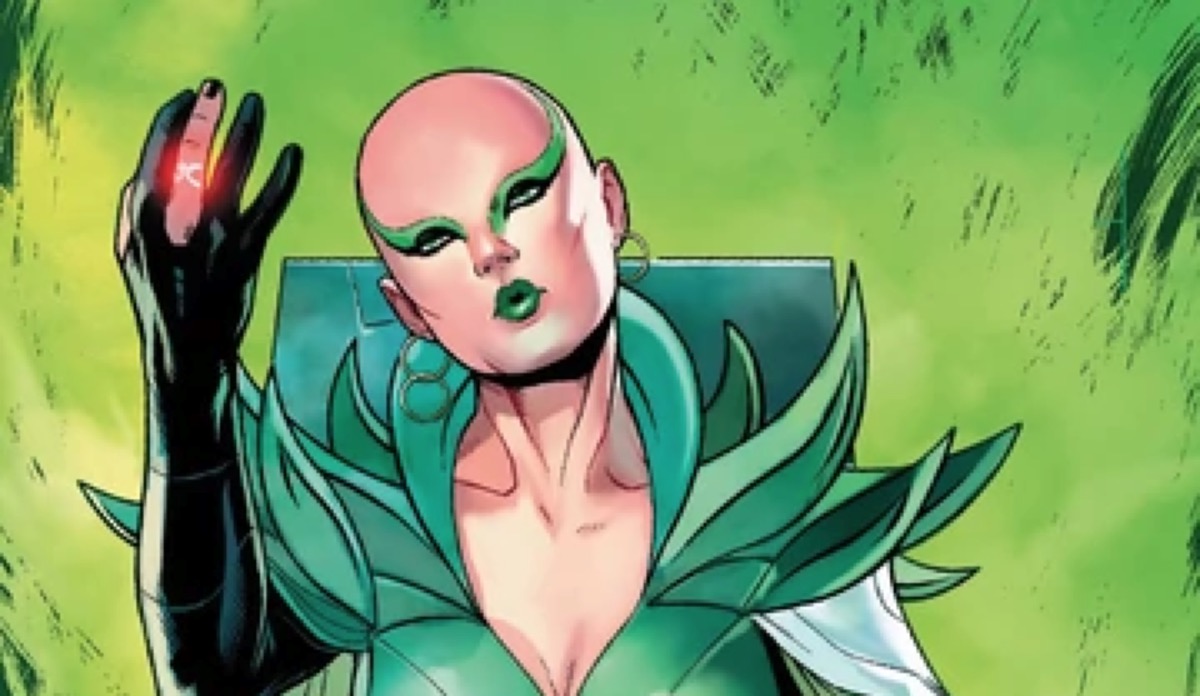 Now that the epicness that was WandaVision has, sadly, come to an end, I’d like to take this opportunity to shine a light on those other female superheroes that need to have their day in the sun. With the rise of women in the MCU that, “don’t worry, have help,” we think it’s high time to take a look at some of those obscure female heroes that you may not even know about.

And, oh yeah, these ladies are absolute beasts. No big deal or anything, but they’re some of the strongest Marvel characters out there. Any one of them could have worked alongside Scarlet Witch, Captain Marvel, and Gamora (just to name a few) in taking down Thanos.

The past few years have been nothing short of excellent for female heroes, with Jessica Jones, Black Widow, the women of Black Panther, Valkyrie, and most recently Spectrum, a.k.a. Monica Rambeau, taking center stage. We think the MCU has space to keep going! After all, if it ain’t broke …

Making unknown heroes household names worked for the Guardians of the Galaxy, so why not for these ladies, too? 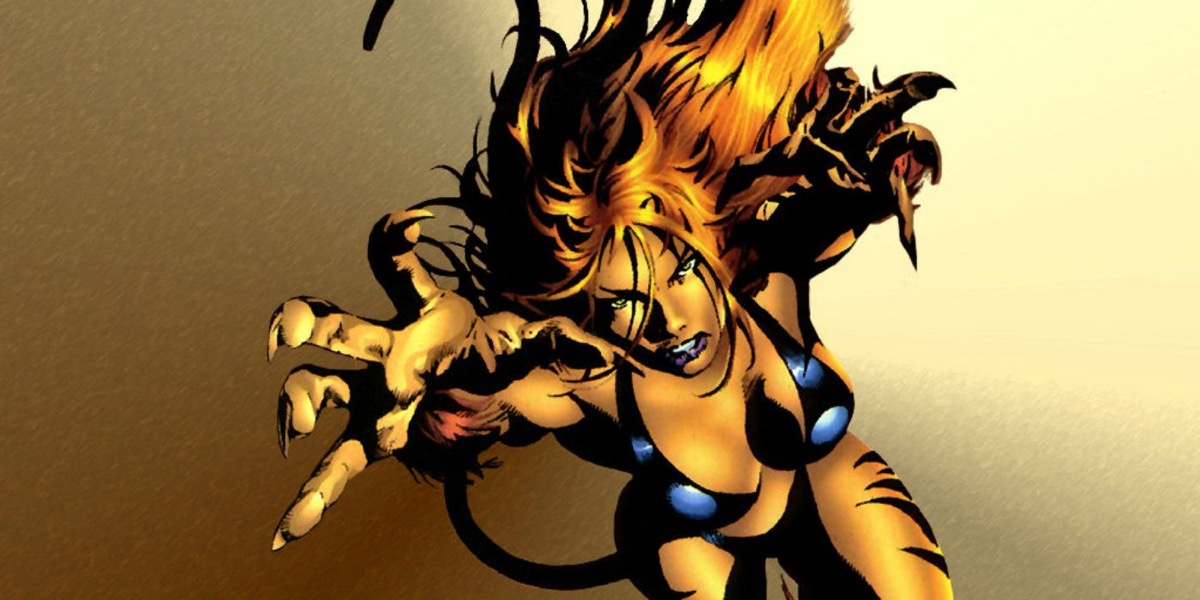 Not to be confused with DC supervillain Cheetah, one of Wonder Woman’s biggest foes, Tigra brings similar cat-like abilities to the table. Greer Nelson mutated into a tiger/human hybrid with an enhanced psychic, physical, and mental abilities.

Not only does Nelson have empathic abilities, but she was even considered to take over the mantle of Sorcerer Supreme after Doctor Strange.

That’s not something to take lightly! 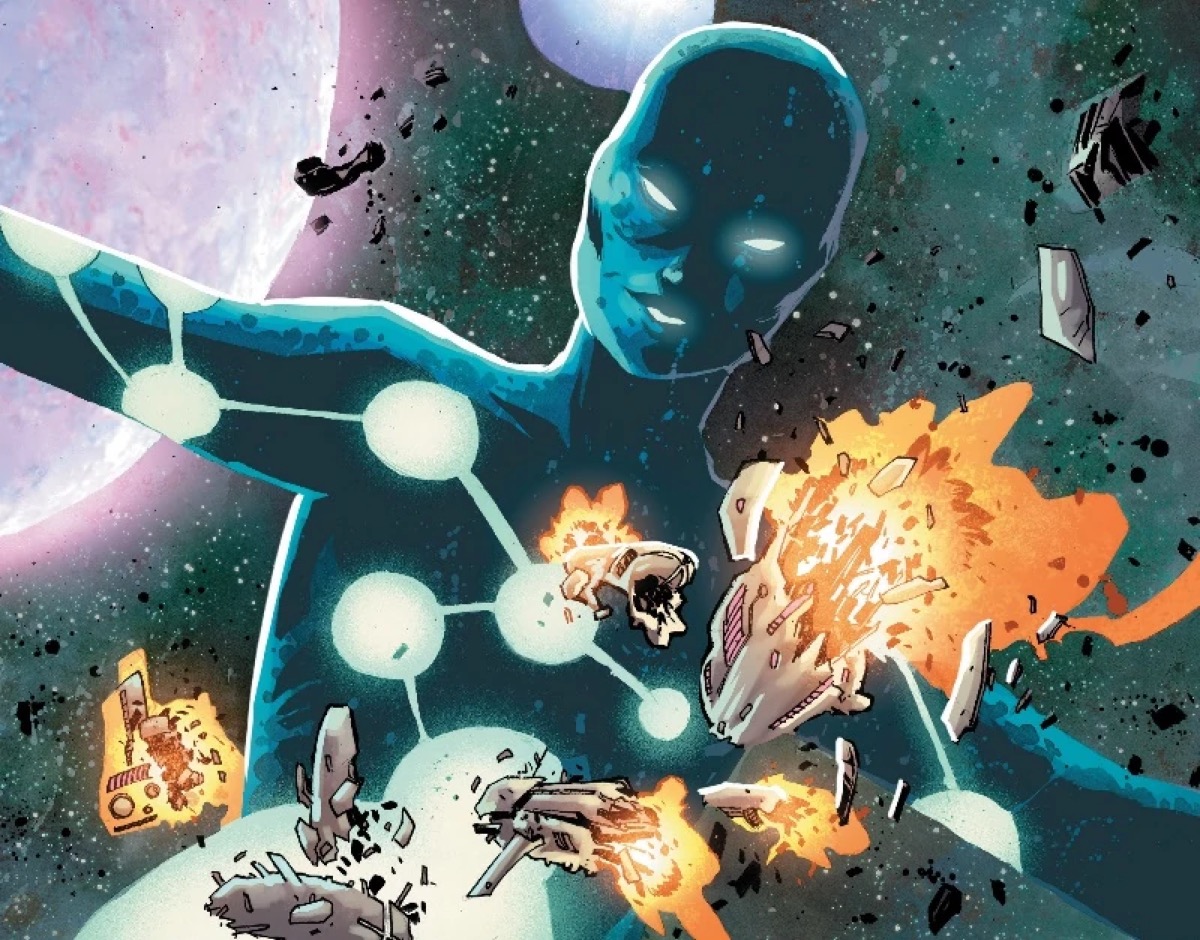 Pop quiz, who is the most powerful female Avenger? If you said Captain Marvel, you’ve picked the wrong Captain. It is, in fact, Captain Universe! Otherwise known as Tamara Devoux, Captain Universe is, just as her name suggests, captain of all things in the cosmos!

Much like Captain Marvel from her MCU film, Devoux encompassed a powerful cosmic energy that gave her powerful abilities. Known as the Engima Force, Devoux has the power to alter matter and energy, even down to a molecular level. If necessary, Devoux has the ability to preserve the entire universe from destruction. 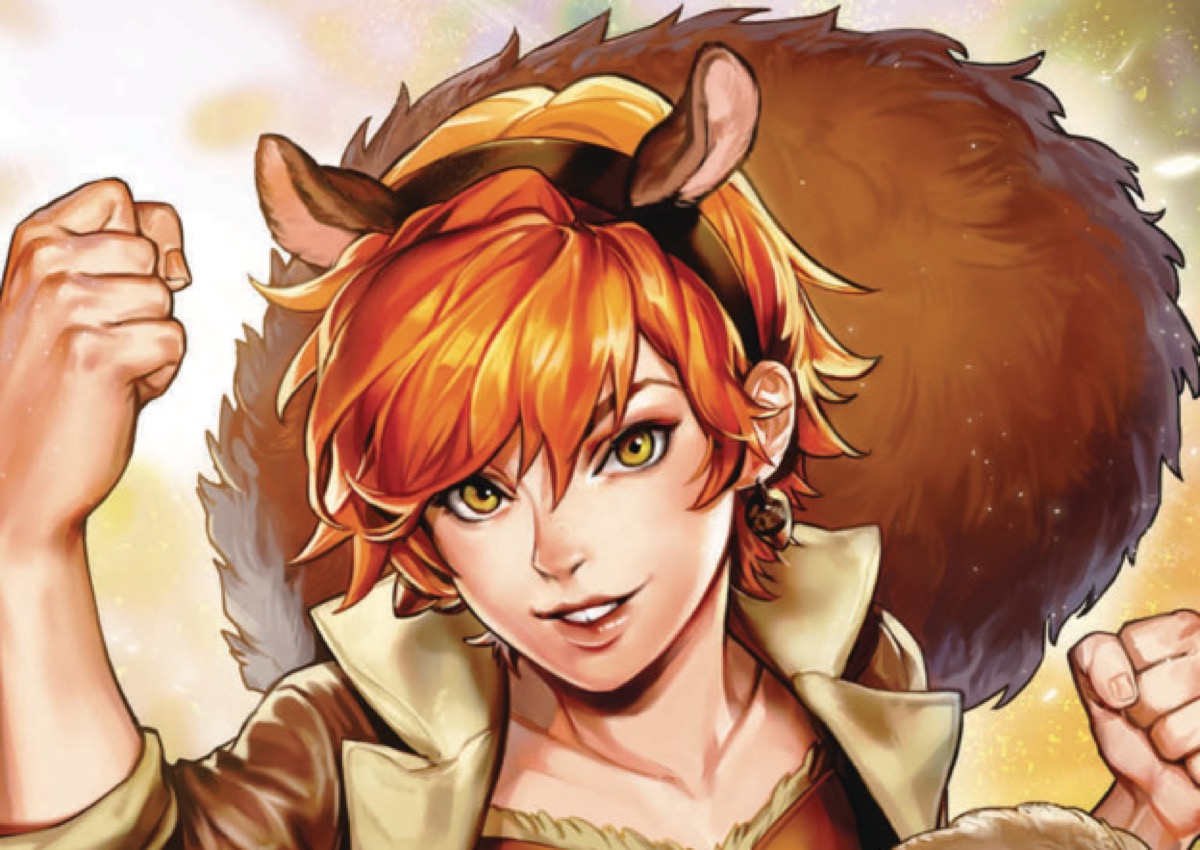 Okay, this is a strange one. Squirrel Girl, or Doreen Green is not a character to sleep on. She used to be considered comic relief, so imagine everyone’s surprise when she became one of the few characters known to have defeated Thanos! That’s right, Squirrel Girl stopped Thanos.

Green can communicate with squirrels (no surprise there), and has developed similar abilities to her furry little friends. For example, she can chew through wood, jump through trees, and has retractable “knuckle spikes” on her hands. She was even supposed to make her MCU debut in a New Warriors TV show that wound up never coming to fruition.

And again, this isn’t something that’s easy to wrap your head around, but at the same time, it seems to be all that needs to be said: Squirrel Girl beat Thanos. Let that sink in. 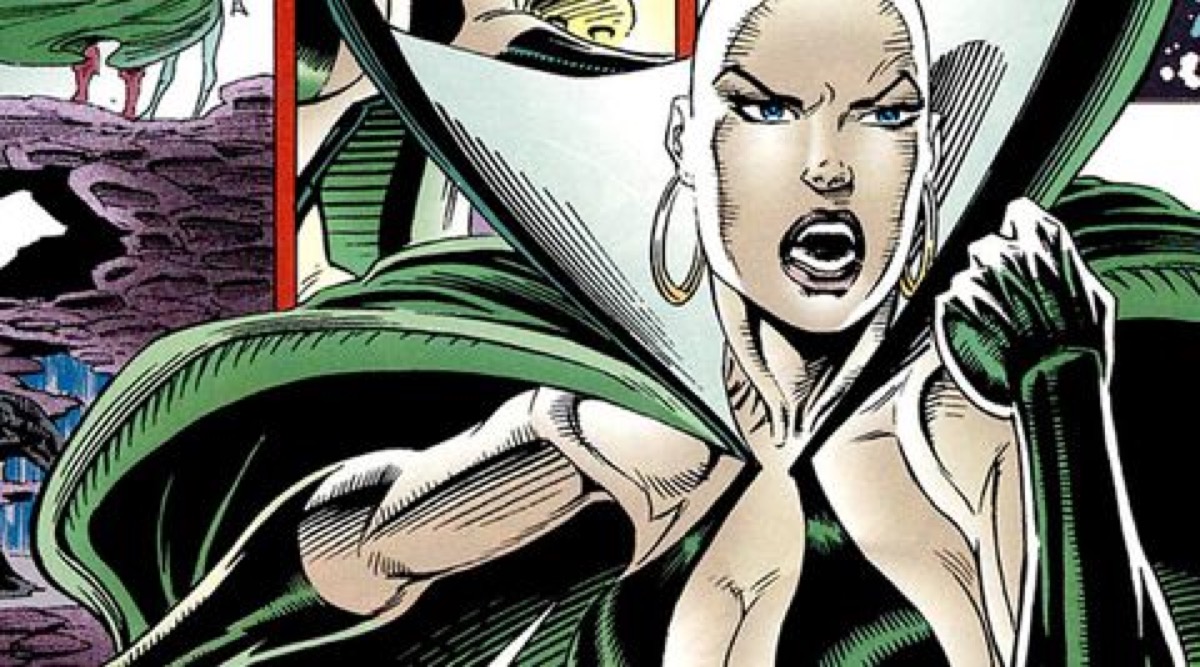 Also known as Heather Douglas, Moondragon has one of the more complex stories on this list, and one that ties directly to the mighty Titan himself.

Douglas survived an attack on her family by Thanos. Orphaned and alone, she trained with monks of Shao-Lom, gaining her telepathic abilities. She is known as one of the most powerful telepaths, rivaling that of Professor X, Emma Frost, and Jean Gray—without the Phoenix Force, of course. Let’s not get carried away here.

Fun fact: The spirit of Douglas’s father was later reborn into Drax the Destroyer. 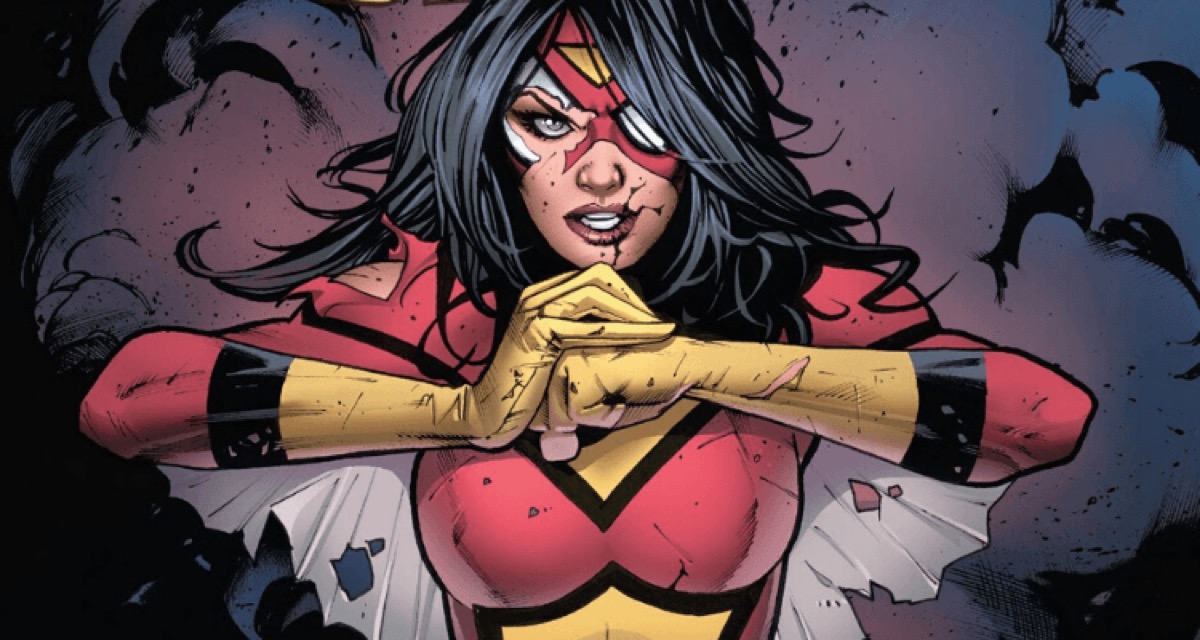 In all the Spidey reboots out there, we’ve never been blessed with a film surrounding Spider-Woman. Sure, we got a glimpse of Gwen Stacy’s Spider-Woman in an alternate universe from Spider-Man: Into the Spider-Verse, and while that movie was one of the best Spider-Man films we’ve been given, it was still ultimately just that—a Spider-Man film.

Introducing Jessica Drew’s Spider-Woman is just the shake-up the MCU needs. Not only does Drew have the same powers as Peter Parker’s Spider-Man, but she’s also a super spy and private investigator. Think Natasha Romanoff’s Black Widow meets Jessica Jones.

Drew is as strong as her male counterpart, but tactically and intellectually superior. 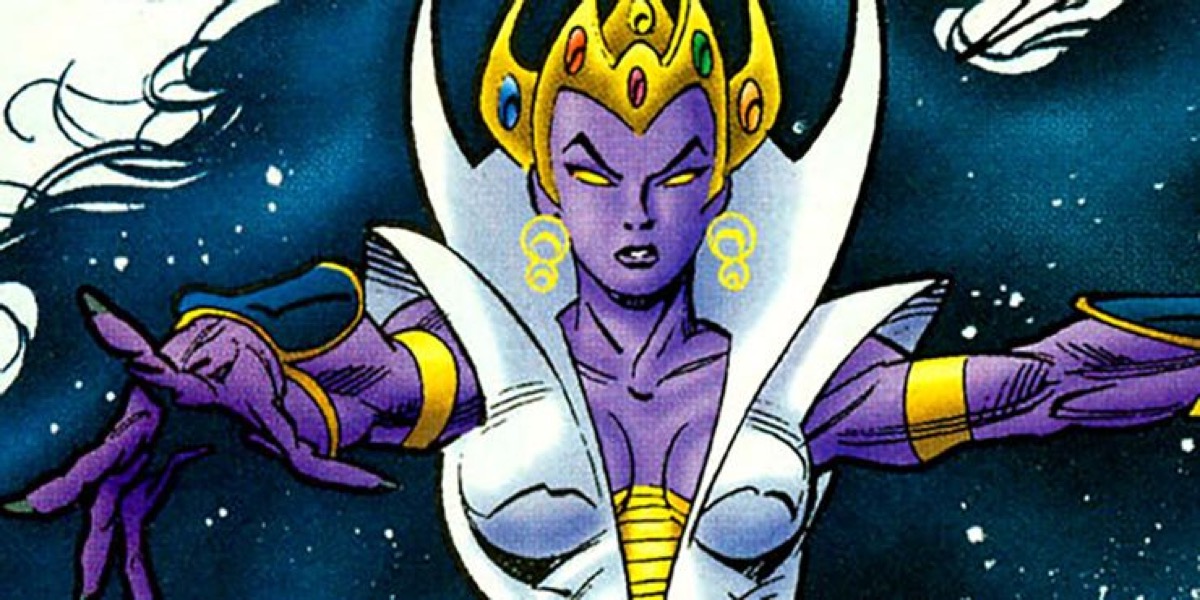 Look, in all the MCU films across all the timelines, there has only been one female villain. That’s right, one. And while many of the MCU villains have been, shall we say, disappointing in the past, Cate Blanchett’s portrayal of the Goddess of Death, Hela, was not one of them. So why, then, have we not had anymore badass female villains to follow after her? While Ant-Man and The Wasp did introduce Ghost, she was more of a sympathetic character than a true villain.

Meanwhile, Hela was one of the best, one of the strongest, and was able to, arguably, do some of the most damage to the mighty Thor.

Here’s our suggestion, and yes, I know that she’s not technically a hero, but give me this one! Nemesis is the baddest of bad out there. She is the result of all 6 Infinity Stones coming together and creating her, an actual sentient being. Because of this, Nemesis has the power of all the Infinity Stones without needing an infinity gauntlet or the actual stones to wield their power.

Her defeat was one of legend, only being taken down by the Avengers and UltraForce from versions of alternate realities. They all had to come together to stop her.

And there you have it–some of the strongest women you might never have heard of from Marvel.

Wouldn’t you want to see some of these women dominate the big screen? Hell, we’ll even settle for one of those MCU Disney+ shows. Because let’s be honest, the shows are just as badass as these women.