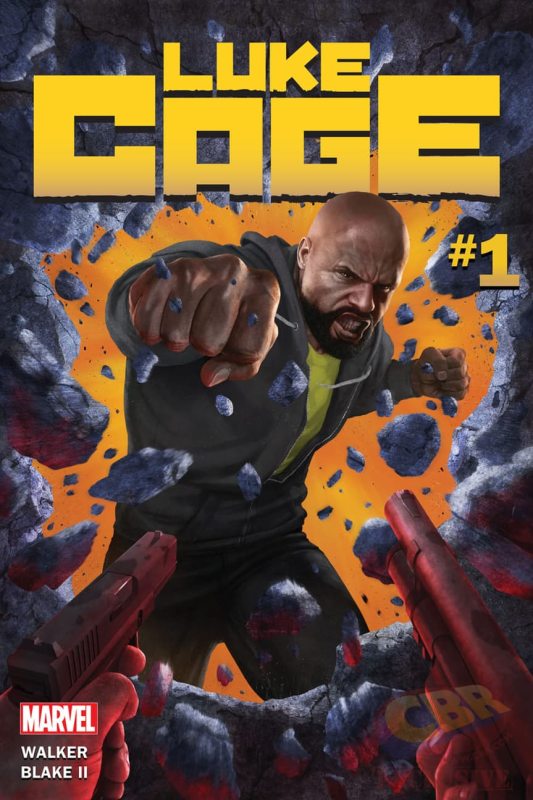 Prepare to get even more familiar with Marvels nearly indestructible hero, Luke Cage. In addition to Netflix’s Defenders coming up soon and season two of his self-titled series somewhere on the horizon, a new ongoing comic series is scheduled for release in May. According to IGN, it will be written by David Walker (meaning he’ll no longer be working on Power Man and Iron Fist) and drawn by Nelson Blake II.

With a new surge of popularity thanks to the Netflix series and an already loyal comic audience to juggle, the big question is how he will interpret the character and how much of an influence the live-action universe will have. “It definitely is interesting trying to find that balance because the moment a character makes an appearance in a live-action medium, whether it’s television or film, suddenly a million more eyes are on that character, aware of that character, and have these ideas about the character,” he said in an interview with Comic Book Resources. “That’s what they come to expect. Then you have the readers, some of whom have been fans for decades, and while they love that character, they have different expectations and different desires.”

He added: “It’s interesting now because you find yourself having to find that balance between the two. You certainly don’t want the fans who have just discovered this character to go into a comic book shop, pick up the comic, and go, “This is nothing like the show!” You don’t want to be exactly like the show or movie, though, because there’s a reason why there’s a movie or TV show, and there’s a reason why there’s a comic. I firmly believe that neither should be exactly the same otherwise it gets really boring.”

For those wondering if the story will take place in New York or New Orleans, Walker says they’re going with the Big Apple but there’s also an opportunity to take him out of his element. What other city do you see him fighting crime in?

(via io9, image via Marvel Comics)