Marvel To Bring Back the Great Lakes Avengers in New Series

Not sure who they are? That's okay! They're ready to make a new name for themselves. 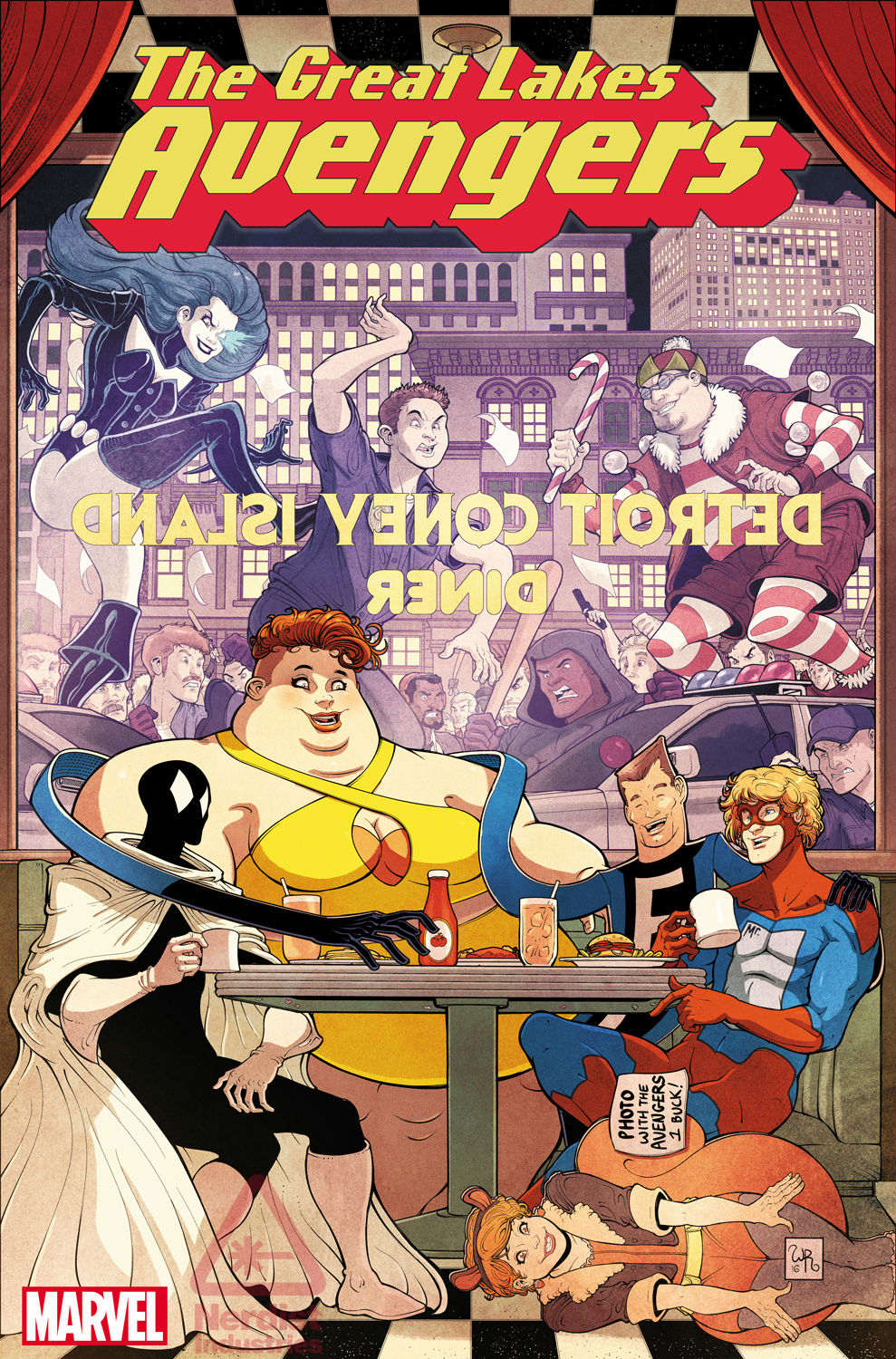 After the recent success of mostly-comedic comics and their adaptations (like The Unbeatable Squirrel Girl or Deadpool, for example), Marvel revealed exclusively to Nerdist that they will be resurrecting yet another lesser-known title–and while these might share a similar name to a famous team, that’s where the resemblance ends. Today, it was announced that Marvel would be bringing back a new version of its Great Lakes Avengers team–which were created by John Byrne and originally debuted in 1989. Byrne began his comics career working with Chris Claremont on Marvel’s X-Men, though he later ended up writing for DC Comics as well for a revamped arc of Superman.

If you’re not familiar with the Great Lakes Avengers, that’s okay–it’s probably because the original Avengers sent them a cease-and-desist order once upon a time (after Avengers team member Hawkeye objected to their use of the name). Over the years, the team underwent several name changes, including the Lightning Rods, the Great Lakes Champions and the Great Lakes Initiative. Like many superhero teams, their roster went through several changes too–Squirrel Girl and Deadpool were original members before each leaving for different reasons. (Well, Deadpool was technically kicked out, but anyway.)

The new series will be written by Rick and Morty and Magical Game Time‘s Zac Gorman and illustrated by Star-Lord‘s Will Robson, and will bring four of the original GLA members back for their first ongoing series–Mr. Immortal, Flatman, Big Bertha, and Doorman. Check out the official solicit text below:

“All New, All Different?” No, thank you! New things are bad and different things are scary! Instead, why not join everybody’s least favorite Super Hero team, The Great Lakes Avengers in their brand new—but not too brand new—ongoing series, Same Old, Same Old, Great Lakes Avengers! When the team gets reinstated as permanent members of the Avengers and uprooted to Detroit, the GLA has one more shot at Super Hero glory…but can they answer the call? Do they even have 4G coverage here? Find out!

One of the best things about this new GLA series is the fact that they’re acknowledging the rising popularity of Squirrel Girl as a superhero in the Marvel universe–as revealed in the advance cover for issue #1, the team frequently carries around a cardboard cut-out of Squirrel Girl herself in order to pose with it for the occasional photo op. They might not be as famous as their former teammate, but that doesn’t mean they’re not above using her celebrity status to earn some more recognition.

While the more-famous Avengers are based out of New York City, Gorman and editor Tom Brevoort confirmed to Nerdist that this team will be set out of Detroit, where the series will be based.