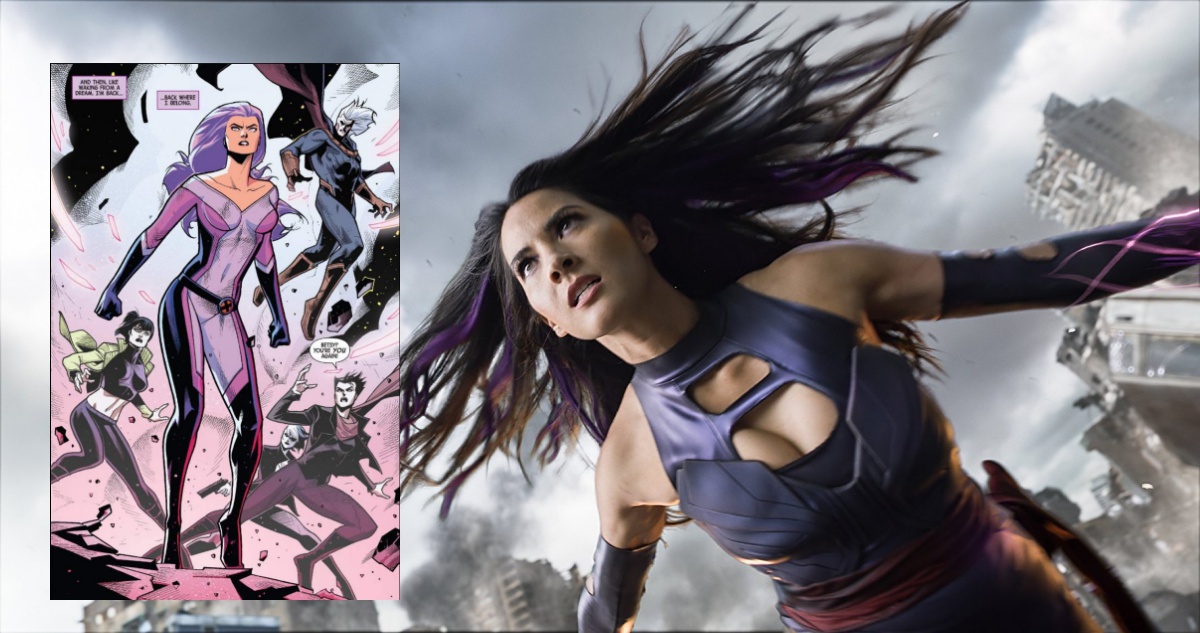 The Marvel comic character Psylocke, real name: Elizabeth “Betsy” Braddock, has had an interesting history in the comics. A pilot, secret agent, supermodel, and powerful psychic mutant, for the past thirty years the character has occupied an Asian body, despite being a white character. We like to call it a reverse ScarJo.

Under the writing of Chris Claremont,  Betsy Braddock was at one point captured by The Hand and using the sorcerer Spiral and some Hand magic, Psylocke was brainwashed and given the body of the ninja Kwannon, the dead lover of the Hand’s then-leader. This transmutation was intended to be brief, but then Claremont left, and so Betsy has been in that body for over 30 years. Until now.

According to Comicbook, this change has been reversed in the newest issue of “Mystery in Madripoor #4.”

Mystery in Madripoor #4 opens on Psylocke inside a kind of psychic realm where all of many souls that Styx has drained over her many years of life still reside. One of them is Wolverine, who had previously encountered Wolverine as Patch and tasted his soul, though Logan survived the encounter. Wolverine encourages Psylocke to fight back and the other souls trapped by Styx join with Betsy, increasing her power.

The energy of those souls combined with Psylocke’s own psychic abilities let Psylocke literally burst out of Styx’s body, killing her. Psylocke is then able to use her psychic powers, which are still on overdrive, to build herself a new body resembling her original body molecule by molecule (and a new costume to go with it).

It is, of course, a touch of poetry that this is happening under the helm of Marvel Editor in Chief C.B. Cebulski, who was a white man who pretended to be a Japanese comic book author, Akira Yoshida, in the early 2000s. Cebulski, under this identity, wrote issues of Elektra: The Hand, Wolverine: Soultaker, Thor: Son of Asgard, X-Men: Age of Apocalypse, and more. So maybe he felt that Psylocke’s situation hit a little too close to home?

What remains of the Kwannon body? Well, it seems that the psychic rebuilding worked for Kwannon’s original body as well, and we see her summoning the psychic knife, saying she has some questions.

Now, this origin for Psylocke has always been problematic. Visually there is some representation, but because of Betsy’s brain there is no cultural identity with Psylocke and it does, technically, erase an Asian woman and just turns her into a pin-up character. Especially when you compare the costumes Psylocke has before and after her transformation. There are some who have never seen Psylocke as true Asian representation because of that.

This new change gives a chance for Kwannon to be a character in her own right, but we can only hope that the writers see that opportunity and aren’t just getting rid of everything good along with the problematic elements.