That shield throw GOT ME. 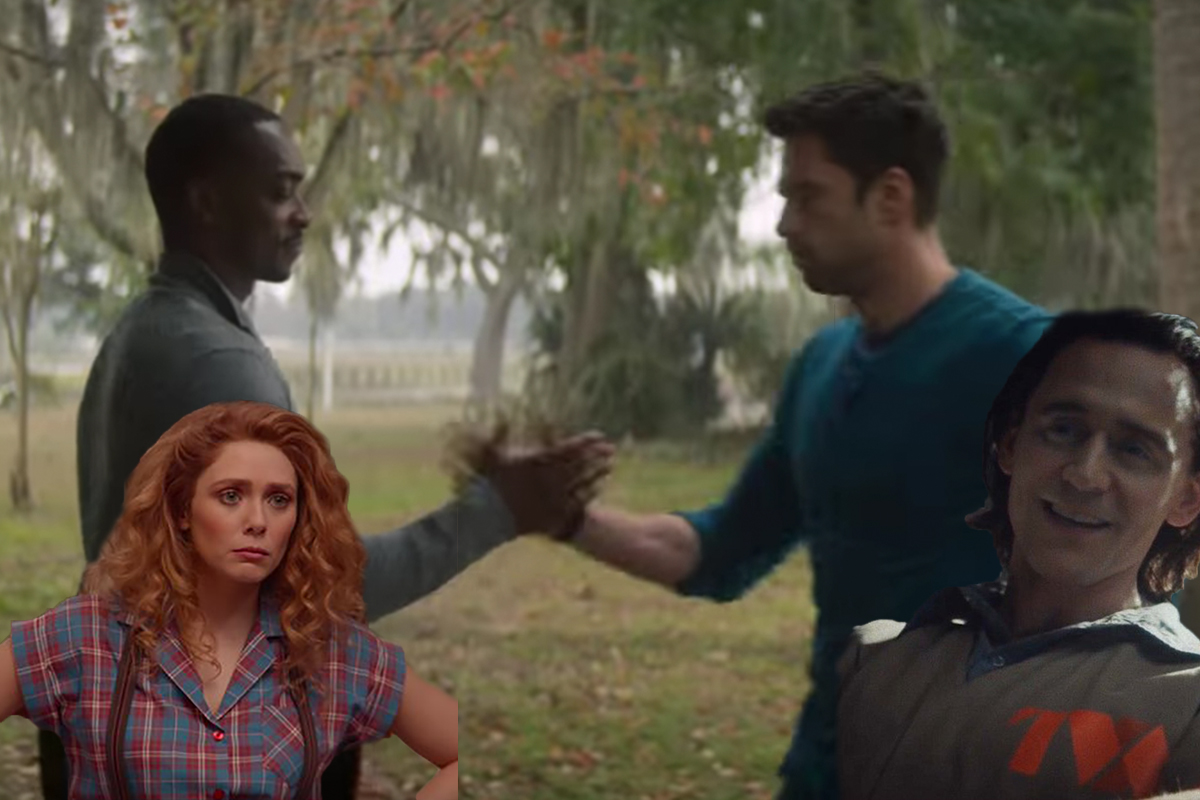 All those years of watching our favorite characters remain in the background of a story or have their one line are over. It’s here; Disney+ is giving us our time, and we’re finally going to get to see our babies take to the stage. Or, you know, Wanda Maximoff, Bucky Barnes, Sam Wilson, and Loki are just all getting their own shows, and the first look had many of us screaming.

During the Super Bowl, Marvel decided to drop a first look at The Falcon and the Winter Soldier, WandaVision, and Loki all in one trailer, which drove home the fact that waiting for our favorite characters to speak finally is coming in handy. (I’m speaking specifically as a Bucky Barnes fan who had less than an hour of Bucky content throughout the entire Marvel Cinematic Universe.)

Now though, Disney+ affords Marvel the luxury to explore characters that were, otherwise, sidelined (for lack of a better term) by the overarching narrative of the cinematic universe. Sure, Age of Ultron and Civil War both center around Wanda Maximoff and Bucky Barnes in a way, but they were by no means the main characters.

Now though? They’re getting their time to thrive and honestly, maybe the wait was worth it.

Here’s the thing: I haven’t stopped screaming about Falcon and the Winter Soldier, WandaVision, and Loki since this teaser dropped.

First, let’s talk about Falcon and the Winter Soldier. The show we probably know the most about, the first look gives us Sam Wilson training with the Captain America shield, Bucky Barnes confronting Daniel Brühl’s Baron Zemo, and clearly, we get to see John Walker, a.k.a. U.S. Agent, take on the shield at a football game, giving a high five to a halftime performer.

Walker’s inclusion in the series had recently been spotted in set pictures, and it looks like he’s going to be, as we’d expect, positioned as a more state-sponsored successor to Captain America, complete with a return to the character’s original patriotic theatrics. That will surely contrast with Sam’s more Steve-like (and -approved) approach to the mantle, after Steve’s falling out with authority, and we’re ready to see Sam fight to show what Captain America really stands for.

But while I’m most excited about Falcon and the Winter Soldier, we’re then thrown into WandaVision and watch as my favorite girl, Wanda Maximoff, struggles with her own reality and thrusts herself into these sitcom-like scenarios with the now-dead(?) Vision.

We’re ready for that kind of weirdness. Though the writers promised that Avengers: Endgame would blow our minds, the movie turned out to be a fairly straightforward time travel tale—maybe even more straightforward than most, since it established early on that nothing about the main Marvel universe could actually be changed by the time travel antics. This series, on the other hand—with Wanda’s reality-warping powers seemingly on full display and the fact that she’s gearing up to join the multiverse-focused Doctor Strange sequel—certainly has the potential to blow some minds.

Not only that, but the trailer features a clip of Wanda and Vision standing over two cribs as pacifiers come flying out, clearly hinting that Wanda’s comic book twins, Tommy Shepherd and Billy Kaplan (or Wiccan and Speed), will make an appearance. That may well tie into the rumor that Hulkling appears in the series, as well, which would be pretty exciting in its potential to set up a major same-sex romance, since Hulkling and Wiccan are a couple in the comics.

This is the show that is also, probably, going to get more into Wanda Maximoff and her backstory in a way that the Marvel Cinematic Universe has all but ignored. That, to me, has been very upsetting because Wanda is truly one of my favorite characters, and her connection to Magneto and the mutants is brilliant, and I wanted it for her from the start. Luckily, now that Disney/Marvel has the X-Men, maybe we can start to see that big part of Wanda’s history as well.

With a very brief look at Loki (truly, it’s just a shot of Loki delivering a single line), all three of these shows are, in my opinion, relying on us as fans to yell into existence about them for months and months. Or … that’s basically what’s going to happen. For so long, we had to go off just brief scenes and little moments with our favorite characters, and now they get to have full arcs and their own series, and maybe that’s where a lot of our excitement lies.

No matter what, though, I’m ready for all three of these shows, and I probably won’t stop yelling about them, even after they’re over.