Marvel Cancels Black Panther & The Crew Because of “Poor Sales” 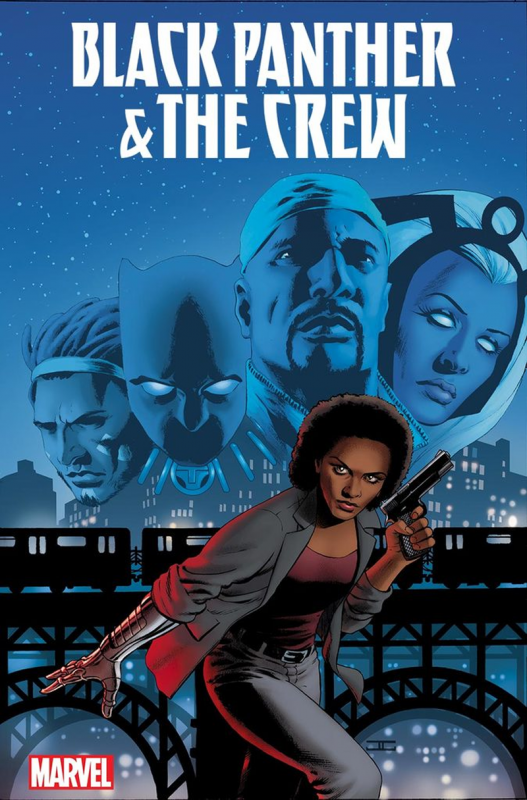 Marvel Comics has decided to pull the plug on Ta-Nehisi Coates’ most recent series in his Black Panther family of titles, Black Panther & the Crew, after only two issues. At least fans of the title will get a little bit of closure.

Like World of Wakanda, which is written by Roxane Gay in partnership with Coates, BP&TC was written along with poet Yona Harvey and started by telling the story of a character named Ezra Keith, who dies while in police custody, which is obviously timely in the wake of Black Lives Matter. The series will at least be allowed to continue to the end of the current story arc and will end with Issue #6.

This cancellation is particularly sad because, as Coates said in an interview with The Verve, “The Crew was an opportunity to get inside them as black people.” Not just as black people, but black people in a familiar setting. It’s one thing to have black heroes dealing with alien/superpowered threats and having them reside in fake countries. It’s another to have those heroes dealing with the very real, day-to-day threats that plague us—often in the guise of the very people whose job it is to protect us.

I’m disappointed in this decision by Marvel: 1) because it seems that if something isn’t a success immediately out of the gate, it gets scrapped without being given a chance and/or exploring other options, and 2) because it seems like an unfortunate casualty of inadequate marketing.

However, I also think that comics fans need to make their voices heard, not just when publishers screw up, but when publishers are getting it right. To be honest, not only have I never been much into most of these heroes, but I didn’t even know who Manifold was. Yet I bought the first couple of issues anyway, because I prioritize comics by and for women and people of color doing well. Big companies are about the bottom line. They speak the language of money.

If inclusion in comics is something that’s important to us, we have to put our money where our mouths are.