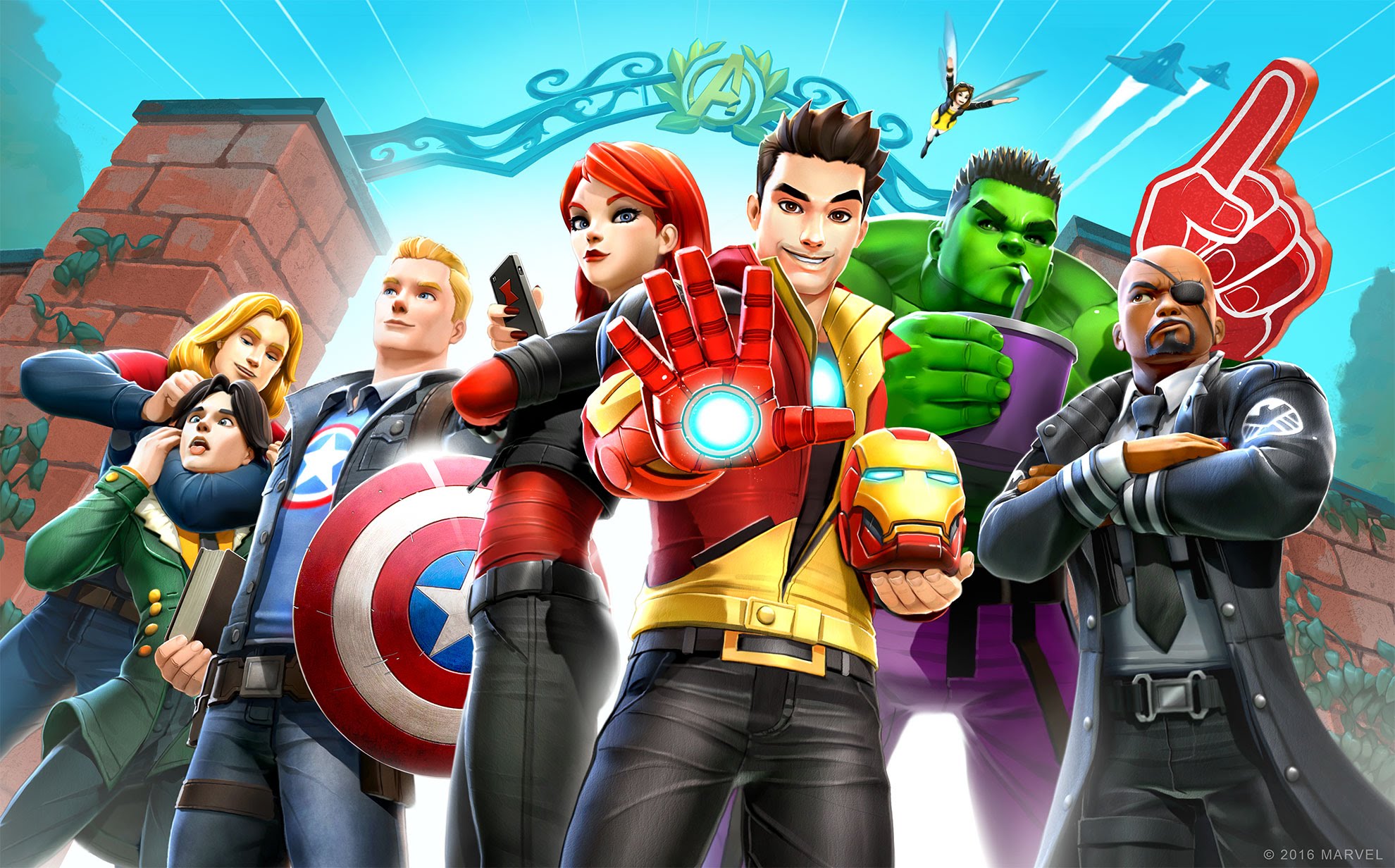 I dabbled a little in Marvel Avengers Academy, Marvel’s latest mobile game which sees classic Marvel superheroes reimagined as students at a private school under the guidance of Nick Fury while they deal with competition from rival schools like HYDRA and occasionally face alien invasion. I played my way through both the limited-time Guardians of the Galaxy campaign and the Captain America: Civil War storyline (though, admittedly, the latter was just to unlock Black Panther) before I sadly lost interest, but a recent addition to the game sounds… intriguing.

The currently-ongoing “British Invasion” event (which you can play through now) introduces characters like Captain Britain and Union Jack to stop the Black Knight. In a brief scene, Union Jack (who also goes by the name Brian Falsworth) reveals to Black Widow that he is a gay man after she expresses surprise that he’s the only one at the Academy who hasn’t made a pass at her yet.

This revelation is actually in line with the Brian Falsworth from the comics, the second person to hold the Union Jack mantel and the first chronologically gay character in the Marvel Universe (since his story takes place in the 1930s).

Aging down most of the characters has resulted in some… surprising pair-offs that will likely never happen in the films or the comics (like Ms. Marvel with Falcon, for example); however, the introduction of Union Jack makes him the first openly gay character in the game, and one that players will be able to retain if they manage to unlock him by completing enough tasks during the limited event.

Given that Marvel has been on the receiving end of criticism after continually failing to introduce a openly LGBT character in the Cinematic Universe (with the television shows doing marginally better in recent years), the presence of Union Jack in Marvel Avengers Academy is a reminder that the franchise still has a ways to go in terms of its representation in its on-screen adaptations–especially since the bulk of Marvel’s audience probably isn’t going to be playing the mobile game. However, for younger users who might be giving it a try, it could be a positive way to introduce an important conversation.

Have you been playing Marvel Avengers Academy, or did your interest wane like mine did?